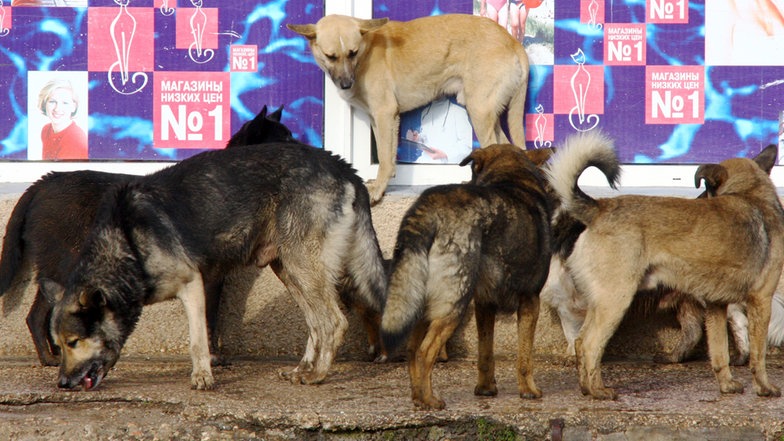 If you have seen pictures of tortured and killed dogs lately while trying to search for Eurovision information online, then it may have to do with a controversy that has been making the rounds on the world wide web. Animal rights activists and sympathisers of the cause have been critical of the treatment of stray street dogs in Ukraine. This has become more of a focus of the media recently due to the upcoming Eurovision Song Contest 2017 to be held in Kiev, Ukraine. These are the accusations the city is facing: The municipality ordered the killing, or culling, of stray dogs for the purpose of improving the cityscape for the upcoming ESC.  A lot of disturbing pictures have been shared on Social Media and news outlets. The German site eurovision.de called for caution though as a lot of those pictures circulating were not taken in Kyiv or Ukraine for that matter.

Several animal protection groups have been vocal critics of the killings including the Animal Rights Switzerland/France protection group. This organization called for an immediate end to the killings. A Petition was started against the EBU as well as Vitali Klitshko, Kyiv’s current mayor. The petition alleges that evidence exists of dogs being poisoned, hanged, shot and beaten to death, the same strategy used during the UEFA Euro in 2012. But some of the pictures provided are not taken in Ukraine, but were taken in 2009 in Romania. Those pictures were taken in Brasov and a rescue campaign was started by nature conservation organization ETN and other parties. This all started after a cry for help from Romanian animal right activists.

Answering StopFake’s inquiry about the stray dogs in the Ukrainian capital, Asya Serpynska of the Kyiv Society for the Protection of Animals pointed out that the city authorities did not cull strays, neither in 2012 nor this year. There are some 2,000 strays in Kyiv presently, and for a city the size of Kyiv, this is an insignificant number, she said.

While the killing of stray dogs in Kyiv is an indisputable fact, no evidence has been presented showing that the city council has given orders to clear the streets of Kyiv from those dogs.

“We received information from local contacts that no direct orders from the city exist. But we will continue to monitor the situation and will react, if our suspicions turned out to be true” says Leo Schmitz, with the Deutscher Tierschutzbundes. VeterinarianvDörte Röhl and member of PETA confirmed  that an increased number of dogs near the Eurovision venue have been killed.  As mentioned, the killing of those dogs was not order by the city, but is done by illegal dog hunters. According to Serpynska, it is very difficult to catch dog hunters in the act and even more difficult to prosecute them. A representative of the Kyiv city mayor’s office Andriy Malevany also assured that those apprehended will be charged and criminally prosecuted.  The dog hunters kill the stray street dogs for sport.

The EBU is also going to review the case. Thomas Schreiber, the entertainment coordinator of the German broadcaster ARD, says: “It’s a legitimate topic that will be addressed during the Head-of-Delegation Meeting next month in Kyiv. And we will also discuss this with Jon Ola Sand (Executive Supervisor of the contest).