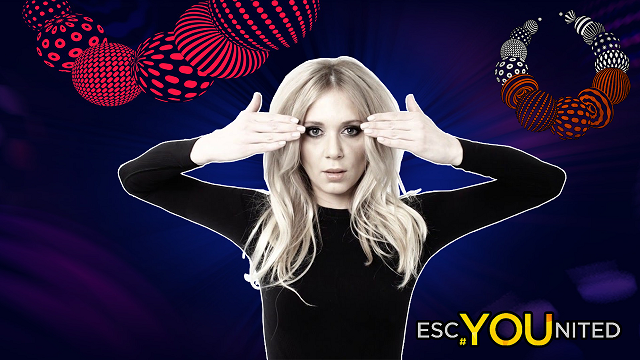 Robert – 9 Points
Kasia Moś wowed us all in the Polish selection with her powerful voice and the intense song “Flashlight”. The song starts off slowly but her vocal prowess is evident from the start, drawing us deeper into the song. There are rockier elements which I adore in the background, but the point where it really bursts into life is in the middle section where the build suddenly resets and she takes centre stage with her voice to push us to the climax and the final thirty seconds cap off the journey splendidly with the music building to a spectacular crescendo which matches her singing perfectly. She uses her voice so well to hammer home her message. I am a sucker for strong vocals and she is certainly one of the best this year.

Stefan – 9 Points
She has the looks, she has the voice, she has an amazing song! I think that the jurors should like her more than they’ve “liked” Michal. I am hoping for lots of winds in this performance.

Romeo – 8 Points
This is good! Better than 2016! This girl has a great set of lungs on her! Its a dark, simple, effective, emotional song. This could do very well with the juries. With the right performance this could be up there!

Calvin – 8 Points
The song is a little bit basic as a composition at first look, but it’s full of subtle tricks that are hard to notice on first listen, such as the footsteps in the intro and the crescendo of the percussion as the song goes on, giving it a great build. Kasia herself handles this build incredibly well thanks to her distinct and passionate performance. The power of the lower portions make it a real standout among other ballads, while the high notes are delivered with immense force, including a final glory note that I anticipate will leave viewers highly impressed.

Ferdi – 8 Points
I love this one! The instrumental sounds interesting and I love the pre-chorus and how it transitions into the chorus, which has some howling violins in the background. Overall the song is very pleasant to listen to, especially the choruses. Kasia’s voice sounds good, but not outstanding

Matt – 8 Points
What makes this entry great? It’s the haunting chorus with the low notes and the dark orchestration, I think it’s really nifty. Kasia has a kickass voice and I hope that she will not go crazy shouting out, trying to illustrate her vocal abilities. Keep the dark and somber feel and this can go far. One suggestion: Add some backing vocals for the chorus, it will add more depth to it and make it stand out

Zack – 7 Points
The lyrics of “Flashlight” can come off as very generic, rhyming “desire” with “higher” and the like. But when you watch the National Final performance, you cannot deny Kasia is built for the spotlight. Her stage presence, coupled with that nice raspy growl in her voice when needed, really takes the song to the next level. Let’s hope that the delegation provide Kasia with the appropriate staging to showcase all this.

David – 4 Points
Quite a dark and mysterious song, the song has it’s charm. Kasia seems like a very talented singer, and she delivers the potential of the song. Sadly, the song itself is nothing really for me, because it’s rather a complex song, and I personally have a very hard time to even remember anything from the song.
I had to listen to it a couple of times, before I could remember just bits of it, and ballads are nothing for me. Once again, it has it’s charm and Kasia sings well, but other than that, I’m having a hard time to think, what else I can say about the song.

Sean – 3 Points
I’m sad to say I don’t get this entry at all. It’s proven popular with fans but I hear a song going nowhere, and slowly. What should be a constant build to something spine-tingling leaves me cold and confused, and I struggle to see the highs.

Nenad – 3 Points
Probably the most irritating entry this year – If I need to be honest I must say it. Actually, I do not know the reason of myattitude that is directed negatively against Poland this year – just a big no! She’s sings too high throughout the song and her voice is too rocky for this peaceful and meaningful piece. I must admit that this song has a strong potential for innovative staging. If she bases her performance on visuals and graphics, ‘Flashlight’ could qualify. Every tiny mistake could cost her success at Eurovision. Better luck next time, my fav Slavic country!

Gerry – 2 Points
Fire, desire, higher: check that rhyme triplet off your Eurovision bingo cards because Kasia’s got you covered. That bit of the chorus is probably the only memorable part of the song, too; I’ve listened to this song so many times but I still can’t tell you how the verse goes. Kasia has powerful vocals, but she improvises a bit too much that I fear her performances may come across as inconsistent. Without a bit more polish (see what I did there?) I’m going to need to use that flashlight to hunt for her qualification prospects.