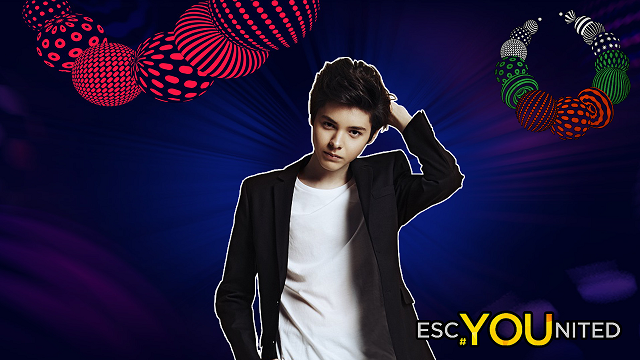 Nenad – 10 Points
Kristain is a way too young but he performs like an adult. He sings a song about love and spread the message like he feels it, very talented young boy. The crew behind the Bulgarian entry is well known to the Eurovision public, and they have sold us a great tracks in past. Powerful and Magical – two words to describes a ‘Beautiful Mess’. Amazing job.

Sean – 8 Points
HE WAS BORN IN 2000. HOW?? Now that I’m over the shock that I’m suddenly getting old, I can say Bulgaria have undergone a transformation from participant to contender since coming back last year. Kostov has a voice that belies his years; a confident mature vocal and a modern production that sets this apart from the other ballads of 2017. I’m surprised it is such a hit in the betting odds, but it’s one entry that would not be out of place as a radio hit come May. I do miss Poli though…

Zack – 8 Points
The Asian-inspired strings that build the song are an instant head-turner.  A serious, mature, well-produced ballad.  However, I feel that this song just plods along and when I expect to hear a middle eight and final chorus, instead I get the ending.  Still, very happy to see Bulgaria learning from its return to glory in Junior Eurovision and translating it to the adult Eurovision stage.

Stefan – 8 Points
He’s maybe young, but he has experience, so I don’t have doubts how he will manage with stage performance. As for the song, I would just like if it had a bit more of energy. But overall I am very pleased.

Gerry – 7 Points
Bulgaria proves, once again, that they’re in it to win it with “Beautiful Mess.” This song is not just something that isn’t out of place on the radio nowadays, but it’s also well written and well performed. Kristian has such a depth and maturity to his voice that it’s hard to believe he’s just 17. The lyrics are sure to strike a chord with the audience, with its message of a love that transcends life’s challenges. With the right staging, this could be a hit across Europe.

Ferdi – 5 Points
In a year with many ballads, most have something that stands out. In my opinion, Bulgaria doesn’t stand out in any way. It’s a slow song with a lift-up in the chorus which is the most interesting part – but honestly, it leaves me cold. It’s certainly not bad, just incredibly middle-of-the-road and in a year with many good entries, that means Bulgaria is near the bottom for me.

Romeo – 5 Points
Similar style to Ireland and Australia I feel. It’s a really good song and I think it could do well, but I don’t think that it has enough power to win. It’s a bit weird for me not to have an opinion, but I cannot make up my mind. It’s good but I just don’t know how I feel.

Robert – 4 Points
“Beautiful Mess” is a song which really struggles to live up its title. It’s neither beautiful nor is it particularly messy. I will admit to enjoy some songs which don’t really work, with multiple styles and whatnot competing within a three minute slot, but this is decidedly not doing that. Overall, I kind of like this. His voice handles the flow of the song quite well, but there’s something about the whole that I’m just not getting into. I find him annoying at times as a singer, and the song feels somewhat dreary and forgettable. Almost mopey. It’s not massively exciting but does definitely build towards a decent climax if nothing else. It feels like something I’d hear on the radio if I accidentally got the wrong channel.

David – 4 Points
The last thing we need in Eurovision, is ballads… cause let’s be honest, half of the field is always ballads. On the other hand, Kristian seems like a charming young guy, and you feel that charm in his song, which I’ll give him credit for. In case Kristian sees this, then I would recommend him to practice his pronunciation of a few words, since it really bothers me, a lot actually. It’s nothing against him of course, cause this happens often at Eurovision, but since he sings a slow ballad, I feel it’s easy to hear it then.

Matt – 3 Point
This song is a Beautiful mess, Minus the Beautiful. I’m sure that Kristian is an incredibly nice kid with a bright future ahead of him. But the song lacks depth, heart and soul. I’m not claiming that other songs in the contest are authentic, but when there is a disconnect between the song and the singer, it drives me up the wall. There isn’t much going on that would redeem the song, at least as far as my own personal taste is concerned. There are stronger ballads out there that I’m way more excited about.

Calvin – 2 Points
For whatever reason, this song and I can’t get along. Maybe it’s the opening, which made me want to turn it off when listening the first time, or maybe it’s the percussion line as the song builds, which takes away much of the sincerity the song attempts to build. I’m also not necessarily connecting with the lyrics, which carry an air of pseudo-depth to them. This will surely do well for Bulgaria, as it sounds incredibly current, but I think it’s probably the worst of this year’s ballads.