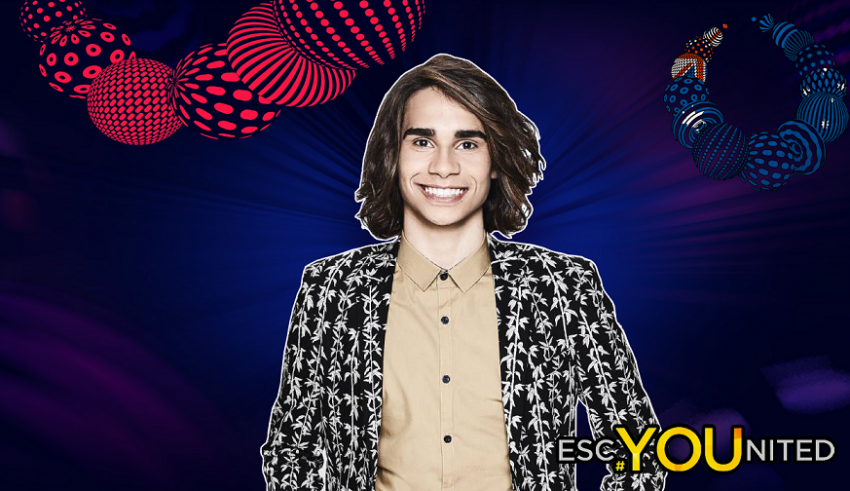 Romeo – 8 Points
This is a really good song! I think it will be the same as 2015, people will not realise how good it is until the live performance. I don’t see this doing as well but I think it will do better than people predict at this stage. Its a very modern song that you could hear in any chart in any country. This is a dark horse I think! And he is a GREAT singer!

Sean – 7 Points
Whether you agree with the circumstances or not, Australia has forced others to raise their game in Eurovision. This year’s it’s a ballad straight from radio airplay, with a great build up and crescendo. Certainly not a winner but one of the strongest, most contemporary ballads of the year.

Nenad – 7 Points
‘Don’t Come Easy’ is a promising ballad. The song starts promising and it’s building-up until a certain moment – the refrain, where everything falls apart. The singer needs to give a hundred percent and he loses it. The thing about this song is that I really like the stunning instrumentals which matches his voice. The fact he is only 17 years old may intimidate him stepping onto the Eurovision stage,- but he already won the biggest show for talents worldwide. Advice: Isaiah, you can do it better, hope you show us more of your lavish voice in Kiev.

David – 7 Points
Isaiah has some very strong vocals, and I hope his vocals are equally as impressing in Kyiv, as they are in the music video. It’s also a very strong song, I feel the power and the quality of the song, and that catches my attention. On the other hand, I’m not a fan of ballads and knowing myself, this is a song I would listen to now and then, if I feel like it. I can easily see myself forgetting all about the song, after the contest is over, but that will also depend on how it all will look like in Kyiv. Once again, a strong contender from Australia, and I’m happy for that.

Zack – 5 Points
It is amazing that Isaiah is only 17, given the maturity in his voice. The song reminds me of if Hurts wrote a song for Sam Smith. I am honestly a little underwhelmed by this year’s entry from Australia, but this is more because of the sheer excellence of the previous two entries. For me, the artist outshines the song and the song is saved by the artist’s raw talent. Still, I can almost guarantee that Australia is going to put on a good show come May and make us think twice about this song.

Stefan – 5 Points
Why SBS, why? 🙁 After two amazing songs, you’re sending this ballad, in a year filled with ballads. Isaiah is so talented and he could rocked the stage in Kiev… The song is really good, but there are many better ones.

Matt – 4 Points
I’m an unapologetic ballad lover. They can be incredibly moving and when done right, deliver a great range of emotions from anger to sadness. Australia’s track record at Eurovision speaks for itself. Don’t come easy is a well-produced and polished entry. But I have a difficult time connecting with Isaiah’s song. Vocally solid but leaves me cold like planet without sun. It’s too predictable and almost feels lazy in some ways, at least from a Eurovision perspective. It relies on the superb production value but lacks depth. So in a nutshell, this song doesn’t come easy indeed.

Calvin – 4 Points
This one takes a while to get off the ground. There’s surely technical quality in his voice, mostly evident in the higher sections of the piece (“no not with me” in the chorus sounds especially clean), and there’s nothing to offend, but nothing to hook me as a listener. In some ways, the song is hurt by his technical prowess. It stops him from succeeding with the quiet intimacy he seems to be going for.

Gerry – 4 Points
In a year filled to the brim with ballads, Australia’s is one of the weakest. Isaiah’s vocals are impeccable, but that’s not enough to save the song. He’s a wonderful singer, perfectly capable of a song with more depth than “Don’t Come Easy,” which just kind of putters along without really taking off. Quite honestly, “don’t come easy” should also describe his chances of qualifying. We’ll have to see if the novelty of Australia’s participation at Eurovision hasn’t run out.

Robert – 4 Points
Australia has had a fantastic record in the contest since they joined in 2015, but this doesn’t feel like it will be replicating that success very well. My first major problem with the song is that the lyrics are insanely repetitive. I know it’s tricky to get much variation in three minutes, but here it barely feels as if they are trying. Vocally and musically the song does not do much either; it’s very stationary and only really comes alive towards the end for me. Having said that, the ending does come together well, and from the live performance at the song reveal, he showed he can get the vocals spot on as well. Overall, I do feel it will get a little lost in and among the other songs in its semi, such as Finland, Georgia and Portugal.

Ferdi – 4 Points
A decent entry, but not my cup of tea. I find it rather average, and it fits what seems to be the trend of the year; a lot of ballads and a lot of English. The song itself and the instrumental hardly stand out, although the bridge is nice and his vocals sound like some of the best – lifting his score up a bit. Still, in a year I quite like, I’ll have to give this 4/10 points as there are many entries I’d rank higher.