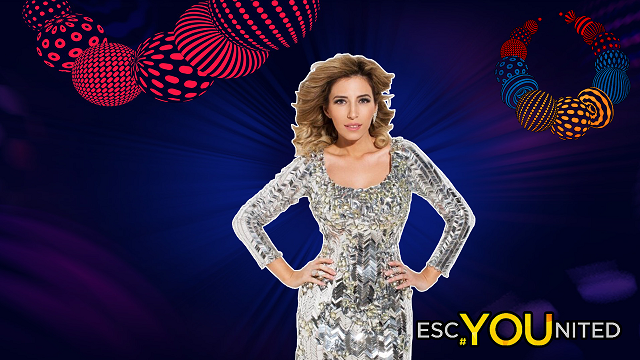 Fly with me...to the top of the leaderboard?

Armenia: Artsvik – Fly With Me

Nenad – 10 Points
This song has power and I think it’s so special. It has a graduation and a likable chorus! I like the way tradition meets modernism and I can say that I feel it. This is kind of a song everyone likes to see at Eurovision and I cannot wait to see what Artsvik will do on stage in Kyiv.

Calvin – 8 Points
This song is a bit messy in its composition, taking a series of unexpected twists throughout its 3 minutes. As such, it casts off any kind of composition standards, with the line between verse, chorus, and bridge being very unclear. Your mileage may vary, but I personally think this means the song takes risks that pay off in spades. It’s also full of subtle allusions, such as some elements based on Armenia’s longtime exchange with India, that are easy to miss on first listen but have revealed themselves beautifully as I listen more.

Romeo – 8 Points
I was expecting something totally different here, but, I am really happy with what they have produced. It’s a great song. Not sure I really know what’s going on to be totally honest but I’m blissfully unaware.. I just like it. It’s very traditional but modern. It’s the 2017 version of Inga and Anush.

David – 7 Points
This is something quite unusual, even for Armenia. Rather than songs with those Armenian vibes, which Armenia tends to select, then I feel this is very Asian. To be more exactly, it makes me think of Japan. Can’t explain why, but it just does, and I enjoy it, strange enough. A song that starts simple, with a hypnotic sound to it, and then it just develops from there, and get’s very interesting. I’d defiantly wanna fly with Artsvik, but not for long, as I feel it’s a alright song, now and then, instead of all the time. The song is unique, and so the song should be treated like that.

Zack – 7 Points
Riding the wave from last year’s very edgy and high-art song, Artsvik continues the trend. As Artsvik sings, we are taken on a nice journey with the song progressing through many stages of growth and development. My one complaint is at times that journey feels very very long. Whereas I didn’t want LoveWave to end, I felt like things may have plodded along a bit too much. The song still peaks my interest, and with its slick and well-polished production, I am excited to see how this translates to the live stage.

Ferdi – 7 Points
Worth the wait! Very nice entry. It sounds quite… ethnical and I love it. Another thing that stands out is that there aren’t any sudden cuts or changes in tempo; instead, the song gradually builds towards its climax. Great entry, but again, I have to distinguish between “nice” and “good” songs and my true favourites.

Robert – 6 Points
The final song to be released before Eurovision has a rather low key beginning which takes time to dissipate during the song. It builds well into a rather compelling finale. The song has a strong Eastern European feel to it with the backing music, but it’s not something which I find hugely compelling (if anything, somewhat annoying at times). The song feels to me as if it spends too long getting to the interesting part at the end and there’s not a lot to get into until that point. Having said that, it’s far from painful to listen to and I like her voice in it. I don’t think I’m really its target audience but I still like it overall and think it has good variety during the song, even if it’s not massively exciting!

Sean – 6 Points
I’m still not able to work this one out properly. It’s certainly enjoyable and has an essence of epicness to it, but it feels like we have to get through too many stages to get there. It seems almost unbelievable what they have managed to squeeze into three minutes. It builds in the right direction, but it perhaps takes too much of a scenic route for me to love it…

Gerry – 5 Points
If the performance of “Fly with Me” is anything like the music video, it’ll be something to watch out for. It’s very artistic, a conduit of culture that is much needed in this Eurovision era of generic pop. I do wonder if this song, with its ethnic aesthetic, could’ve done better with a few phrases in Armenian here and there. The lyrics are a bit shallow and repetitive, without a real hook to be found throughout the song. As Artsvik’s entry came into the game very late, it’s got a lot of catching up to do if it wants to win over fans.

Stefan – 4 Points
We’ve waited so much for this song and unfortunately we didn’t get much of what we’ve hoped for. I just can’t imagine who the stage performance could look like, but IMO in any case it will better than how the songs sounds like

Matt – 3 Points
I usually have no issues whatsoever sharing my thoughts but when it comes to Armenia this year, I just really have nothing to add. To me, it is such an irrelevant entry, it leaves zero impact and it’s incredibly empty. I listened to the entry at least five times and it’s as I have never listened to it before.