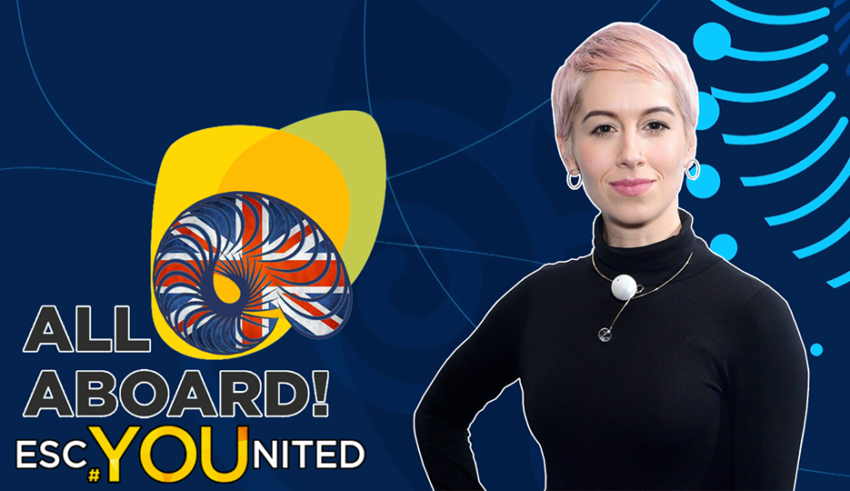 It’s almost time to move on to the United Kingdom, but first, let’s see how Croatia’s entry fared with #YOU, our loyal readers!

Juliette (Forum) – “I think it’s a lovely song, but only when it’s on its own and not lost among a lot of other Eurovision songs, some of them catchier or with more appeal.”

JonnyWest (Forum) – “This gave me Lovewave performance-vibes when I first heard the song, and now the staging description? Sounds good so far”

Croatia earned a slightly above average score from the televoters – mostly due to a polarising response – and as a result receives 55 points. More on that later. Now though, it’s time to review a big 5 member. What did we make of the United Kingdom’s offering this year?

Christian – “This soulful anthem is well sung and well composed and finally UK came out of the ballad corner with an electropop-ballad that will appeal to a lot of viewers, and it is nice that the good song is back in focus. This works well and will give the UK their best placing for years.”

Connor – “SuRie is my queen, and I’m so excited for her to take the Eurovision stage front and center this year! Everyone has slept on this song, and I honestly think it’s amazing and the revamp has really given it some more character. I have no doubts that SuRie will own this live and light up the Eurovision party.”

Robert – “Ah, my home country! Eurovision giants… of the past. This was my favourite from “Eurovision: You Decide”, but I will admit that the revamp has made me lose a little bit of enthusiasm for the song. Shades of Annie Lennox, both in look and style, but maybe a little less of the stage presence! SuRie has a fantastic voice though and she holds the song together very well indeed. With the right staging, I can just hear the audience joining in with the chorus build. It’s not going to light up the stage sadly, but it could sneak us into the top twenty!”

Zack – “When this song was selected, I was a bit disappointed but it has grown on me quite a bit, although I would say the chorus is catchy and cringey at the same time. I think this is a case where I find SuRie to be a likable person and I’m willing to look past the song’s shortcomings.”

Efe – “Hey Brother! When it was first revealed that early, like other eurofans I wasn’t impressed at all. BUT, after the revamp the song “Storm” became really catchy and original for me. Congratulations and good luck UK!”

Sean – “While I certainly don’t think this is a bad song I wish we had a little more ambition with our picks. She’s a very likeable performer which basically won her the British contest, but it will all depend on her charisma to drive this average pop song up the scoreboard in Lisbon. The revamp was a slight improvement but it will take a lot more to polish this entry enough to stand out…”

David – “This was my favorite from the UK selection, however that was because of the original version. There was no need to “modernize” the entry, by adding unneeded beats and sounds. The song worked out much better when it was simpler, since it’s a rather old-school styled song. It has lost some of it charm, but there’s still some left.”

Calvin – “The lyrics are a real trouble spot for this entry; they feel like a collection of motivational posters, and, with the constant switches in the theme of the song, an incoherent one at that. SuRie has a nice enough voice, but “nice enough” isn’t enough to elevate a pat melody like “Storm” has; it also isn’t enough to sell the lyrics. The production is a nice start. Had the song received another revamp, the moments where the sound almost explodes could have some impact. As is, though, the production doesn’t do much to help the entry, either.”

Matt – “Good news, SuRie is a great performer and has a lot of charisma and her voice is really, really good. Bad news, the song is so generic and painfully outdated. It really is the performer that saves this from being a total car crash but I just can’t give this a high score.”

Stefan – “Why BBC, why??? I am not asking for Adele, but come on. And a song like this one? All due respect to SuRie, but they (BBC & UK) need someone better. The song is just mediocre. As every year, there will be some fireworks, and another bottom 5 result.”

A mixed response for the United Kingdom, who earn 55 points from our jury. Let’s take a look at the latest scoreboard…

Croatia slots into 6th place, just pipping Spain’s Alfred and Amaia in the ranking. Eye Cue still head the pack with Eleni Foureira and Cyprus in second. Still plenty of songs to go, of course!

Now it’s time for #YOU to have your say! What do #YOU feel about the British entry? Share your review with us on social media, below in the comments or on our forum HERE and make sure to make your voice heard in our poll below!