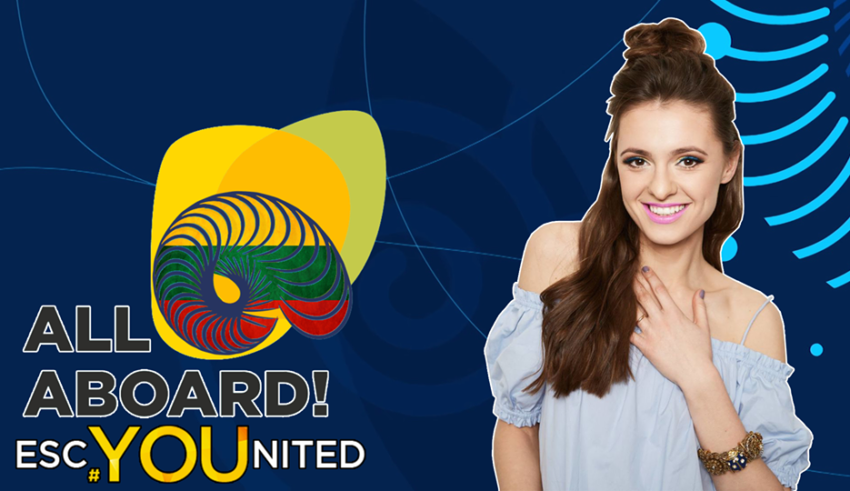 It’s almost time to take a look at our first Baltic entry of the year, but first it’s time to check out what #YOU thought of Germany’s entry. Here are a few highlights…

mauve (Forum) – “Michael’s song is at least far better than our last entries; it may be a song heard many times before, but he still does a decent job. For some people it is a meaningless song, for some it is a heart-breaking song that goes straight to your heart, especially when you can relate to the lyrics about losing someone that is close to you, tears included.”

Juliette (Forum) – “I’m not someone to dig deep into the background of songs, I’m sorry. This song doesn’t affect me in the slightest. Feels like nothing more than a background tune to a casual passer-by like me.”

midnightsun (Forum) – “In a Eurovision full of glitzy songs this one is quite a relief in between. Lacklustre setting, lacklustre outfit, lacklustre song. I‘m sure this will be refreshingly different and in contrast to most of the other songs.”

Germany fared better with televote than it did with our jury, amassing 69 points, and as usual we’ll see where this leaves them in the table later on!

Christian – “Back to rhyme lyrics but it works and a clear voice that can sing. It sounds like a modern ballad. Very sweet and beautiful and since I am a sucker for ballads I love it  but for me  the English lyrics are the weakest link. How I wish she would perform this in the original language version.”

Connor – “I knew this song was going to be in the Atranka final from the first moment she closed the first show. Her message, her voice, the simplicity of the song, it’s all beautiful. And for once, we have a ballad with presence, character, and life. She doesn’t even need to move on stage, and she captivates the audience. I’m in love with Ieva’s song.”

Sean – “I should hate this but it has really grown on me in recent weeks. There’s something so humble and fragile about the song and her voice that makes it very authentic to me and it builds in a very organic and pleasant way. While two of the songs in Lithuania’s selection would’ve been my clear #1 for the year, they still chose a fantastic entry!”

Matt – “A cute, quiet song with a message. Talking about growing old together, it’s a nice and touching message, I enjoy that aspect of the song the most. Melodically it’s fine, arrangement-wise it’s a tad too quiet and forgettable but I enjoy this for what it is. Overall it’s right there in the middle for me.”

Robert – “Lithuania’s mammoth national final delivered, well, actually a sweet little ballad. Ieva is a lovely singer and the song itself is a sweet composition. But I’m struggling to say more than that. It’s just there. There is nothing particularly noteworthy or exceptional about it. There is a slight build towards the end, but it’s not hugely exciting. I like the song, I genuinely do, but I’m not going to be cheering for it too much in May. It will struggle to stand out from the crowd.”

Zack – “A good ballad that does not have justice served by the 10 second clip provided in the 43-country summary video on Eurovision’s YouTube account. The official video is in English but here’s hoping for some Lithuanian thrown in the mix. And if done right on stage, this could be breathtaking. Until then, I will say the song does plod along a little bit making the three minutes feel like forever. Not sure if that’s a good or bad thing yet…”

Stefan – “Another simple song that’s gonna be eaten up in the first semifinal. Some countries just didn’t have enough luck with the draw, and additionally they made their chances lower by selection simple and monotonous songs. This the case here. I am not saying that everybody needs a banger songs, but you do need something to stand out. There is no such thing here.”

Calvin – “The first verse to this song is fine – pleasant, even. Maybe it’s twee and saccharine, but it’s a perfectly fine slice of sentimentalism. But good god, once the chorus hits, the song does not work. Vocalist Ieva Zasimauskaitė takes on a very nasal tone of voice once she reaches the chorus, which sounds very affected and grating. Additionally, the choice to take the production bigger feels ill-advised and takes away what made the beginning mostly work. By the time the song goes back to the quiet beginning, it feels jarring and unjustified. Overall, not the best choice for Lithuania.”

David – “Once again, we are dealing with a sweet and adorable song. However, it’s not really reaching me. This one is way too slow paced for my taste, and I easily just end up ignoring the song. I really enjoy Ieva’s harmonic voice, but the song… it’s just so empty.”

Efe – “In 2016, Lithuania surprised me and participated in the Eurovision with Danny Montell and his song “I’ve Been Waiting For This Night”. I was in love with that song but now Lithuania needs to understand if they’ll go on like this, they won’t qualify for ever! Sorry Lithuania and Lithuanians, I love you all but I really hate the song “When We’re Old”. Byeeeeee!”

Lithuania’s tender ballad ends up with 51 points from our jury. Will this improve with the public? Let’s take a look at our current table.

Germany take up a mid-table position after an exact tie with the Czech Republic, with Lithuania starting on the same jury score. Will they go above Germany?

Time for #YOU to have your say!

Just leave your short review of Lithuania’s entry below, on social media @escunited and on our forum HERE and we’ll feature the best on the website tomorrow!

Also, don’t forget to vote in the poll below to help decide Lithuania’s final score!

Tomorrow we will be taking a look at the entry from Serbia, but how will the ethno song stand up to the jury?