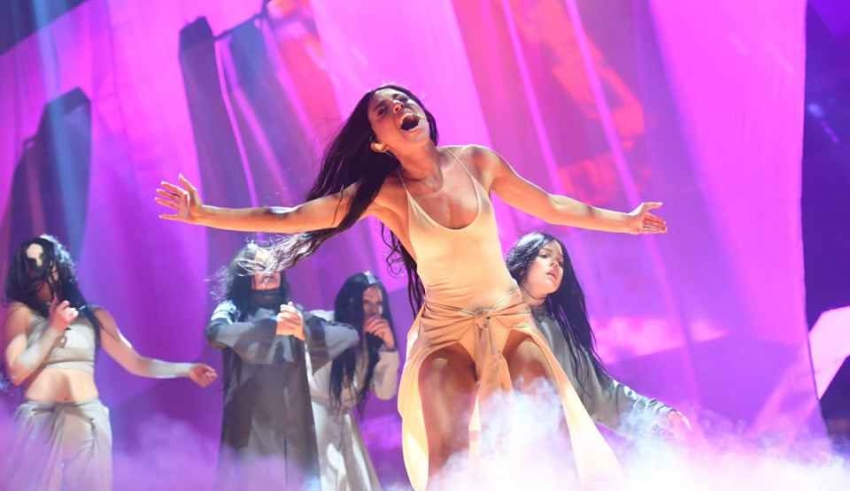 As the semi finals of Melodifestivalen close for another year, most Eurovision fans’ thoughts turn to the “Andra Chansen” (AC) round where, surprisingly, Loreen, the Eurovision winner from 2012, will be battling to make the final this year. Many people were really shocked to see that she didn’t make the final with her song “Statements” given her previous success for Sweden. I was also shocked, but for a different reason: Songs performing seventh have nearly always made the final. In fact, since the current format was introduced in 2015 (seven song semi finals with two going to AC and two direct to the final), no song has been knocked out after closing the show. Looking deeper, it becomes clear that a song’s place in the running order has a very big influence on its chances of success. Before going into this, however, it must be pointed out that I’m well aware of the running order being planned and obviously this has an influence on what songs go where. I’m merely highlighting the result of this and hopefully pointing out what results are “expected” based on running order alone! So without further ado, let’s dive straight in!

The above table shows the percentage chance of each result for each place in the running order from the last three years of Melodifestivalen. The “average” column shows what the figures would be if running order place had no impact on a song’s chances of success. Quick side note at this point: I’ve counted Anna Book’s disqualification as a “DNQ” to make the numbers round up properly. So to make things easier, I’ve split up the 7 places into four categories.

So with an equal chance of making the final, making AC or not qualifying, it seems that being placed 1st, 5th and 6th doesn’t really have a massive impact on your entry’s chances. Obviously, they are a slight improvement on the average results, with a slightly greater chance of progressing in the competition, but it’s clear that being ordered in one of these three places leaves an entry with all options open. If the running order is strongly predetermined to put the hyped/expected to do well songs in the same places, it’s clear that these are used for the songs on which they are unsure. Opening the show can mean you have an advantage as everyone will be paying attention, but also risks leaving the song totally forgotten by the time voting actually opens. Ellen Benediktson with “Insomnia” in 2015 was most likely a victim of this, as the song was overshadowed by songs later in the running order and she lost out and came fifth in the semi. Interestingly, the last three songs opening the show in 2017 were all ones which made it directly to the final; perhaps attitudes are changing to which song is placed first. Performing fifth or sixth, however, seems to suffer more as because they are treated as warmup for the big closing song; something which likely happened to Annika Herlitz in 2015 as she was on just before Måns  with his Eurovision winning “Heroes”. If next year, your favourite is performing 1st/5th/6th, I wouldn’t panic hugely about their chances, but nor is their success guaranteed!

3rd and 4th are the slots for the songs that the organisers kind of expect to fail it seems. Only song has qualified from each position in the last three years (JTR in 2015 from 3rd and Wiktoria this year from 4th) whereas over half the songs from these two spots have gone out of the competition at this stage. These slots in the middle of show are after the initial excitement has finished and people are settling down for the rest of the songs and it’s possible they just get lost in and among. Success seems hard to come by for these songs. If your favourite is third or fourth in the running order, be concerned! Although don’t be as concerned as if they are second…

There is a pretty much universal acknowledgement among Eurovision fans that second is a cursed spot. It’s just after the opening act and everyone probably spends the first half of the next song discussing it. Obviously the opening song is the one we all expect to be big and exciting to grab the viewers’ attention, so it’s always going to be a difficult job to follow. It’s clear that the powers-that-be at SVT agree and rarely bother trying as no song has made the final from this position! In fact, only one (Dolly Style with “Rollercoaster” in 2016) has even got to AC, and they didn’t make the final from there. It’s quite an incredible record really. 11 of the 12 songs performing second have gone no further in the competition. It seems that SVT put the song they really feel has no chance in this position and let it sink almost without trace in the contest. If your favourite is second in the running order, I’d get preparing the tissues for their non-qualification ready well in advance…

Up until the third semi of 2017’s Melodifestivalen, every single song performing seventh had made the final; an incredible run! Performing last does seem to be a serious advantage for a song, as it is the final one viewers hear before voting and so has the chance to make a major impression on them. However, in the third semi final this year, FO&O went to AC. Major shock! No other song since this format was introduced has failed to qualify for the final. Then, much to the shock of most, Loreen also ended up in AC in the fourth semi. If either fails to make it out of AC, then they would be the first song given the last place slot to not make the final! Apart from these two, it has proven an excellent place from which to perform. It seems that this is the place to be if you want to make the final and SVT use it as such to showcase what they feel is the best entry of the semi. If your favourite is the closing act, then you should be pretty confident of success!

So that’s how the numbers play out! As a final thought, let’s have a look at how the show is anticipated to pan out in the minds of SVT based on songs’ success rates. It’s clear that 7th is expected to be a finalist and 2nd to not qualify. 3rd and 4th are generally the other two non-qualifiers, which leaves us with 1st, 5th and 6th. From these, I’d say that 1st is generally expected to do well, especially this year, as of the four songs which went to AC from there, three qualified and we’re waiting to see what Boris René can do this year! So has there been a semi where 1st and 7th have gone directly to the final, and 5th and 6th to AC? Well yes, there has; the second semi this year! In way then, this could be said to be the “typical” result from Melodifestivalen. So there you have it for next year; assuming that the format remains the same, place your bets on 1st and 7th making the final and 5th/6th going to AC!

Is running order everything, or would the songs do just as well anywhere? What do #YOU think? Share your thoughts with us below or on our forum!