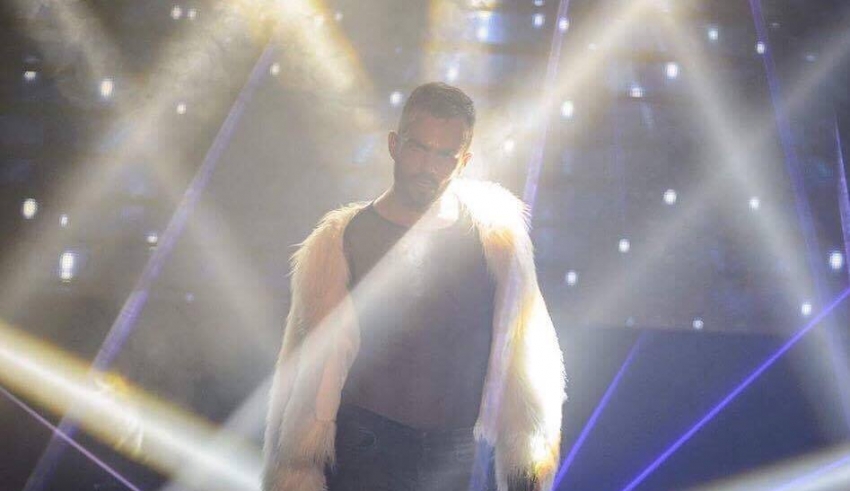 Expert committee of RTCG decided that Montenegro at the Eurovision Song Contest 2017 will be represented by Slavko Kalezić with a composition titled “Space”, composed by Momčilo Zeković.

Slavko Kalezić is an actor at Montenegrin National Theatre, graduated from the Faculty of Dramatic Arts in Cetinje, specializing Voice (solo singing) and dance. At the same faculty he finished graduate studies. Within his musical biography is worth emphasizing extremely successful performance on the regional contest “X Factor Adria”. He is He has published singles “Guilty” and “Feel the Love”, and two years ago the debut album “Dream of eternity” with ten compositions. He is appearance, and cannot leave anyone indifferent. Also, he speaks fluent English, Spanish and French. In September this year, he realises two tracks – “Sudnji dan” and “Freedom” Rumors says that he was in a relationship with former Eurovision winner – Marija Šerifović, who won the Eurovision in 2007, Helsinki. Slavko has always been considered as a controversal artist in Montenegro. One fact is indisputable, Slavko has a huge experience on stage. This year, Montenegro has decieded to send a modern sound accompanied with an amazing stage performance. It all seems that Montenegro tries a completely new recipe to achieve their 3rd Eurovision final in history.

No further informations have been given about actual song realise.

Check out Slavko’s XFactor audition on link below:

Montenegrin best result in Eurovision was in 2015, when Knez represented this Balkan country with song Adio. Could Slavko reach this result?