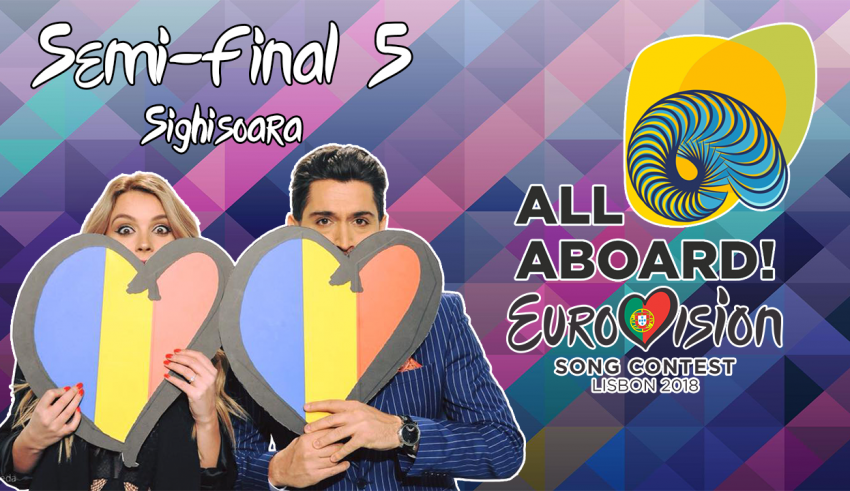 It’s been a long way, but there is now only one stop left before we finally know who will represent Romania at the Eurovision Song Contest in Lisbon!

The last semi-final took place in the city of Sighișoara, located in the heart of Romania. Just like every other semi-final, another 12 acts had to perform in front of a small audience, as well in front of the jury in the hopes of impressing enough. Once again, three acts can advance to the big final.

The last 12 acts from the competition that competed tonight:

Just to name of few contestants; tonight we had Sergiu Bolota and Teodora Dinu. Both of them took part in Selecția Națională last year, but both failed to qualify to the final. Teodora Dinu was also one of Ovidiu Anton’s backing vocals during the ill-fated 2016 edition.

For the last time, the jury would decide who would advance to the grand final. The jury will also take part in the final, sharing their thoughts, but will not have any influence in the final, the winner during the final will be decided solely by televote. Once again, these are the jury members:

Just like in the past weeks, the voting remained the same, with the Eurovision styled voting, with 12, 10 and from 8 points down to 1.

Tonight’s interval act, if you can say so, was a pre-recorded performance by the group Directia 5.

This time, instead of revealing the obvious ones at the end, then we got it in the reversed order, meaning that the winner was announced first, then the runner-up and finally 3rd place, with the following results:

It now means, that we now know all the 15 finalists, and they are as follow, in alphabetical order:

The final will take place next Sunday on the 25th of February in the Romanian capital, Bucharest.

Who do #YOU think will represent Romania in Lisbon? As always, share your thoughts on our forum HERE or join the discussion below and on social media!