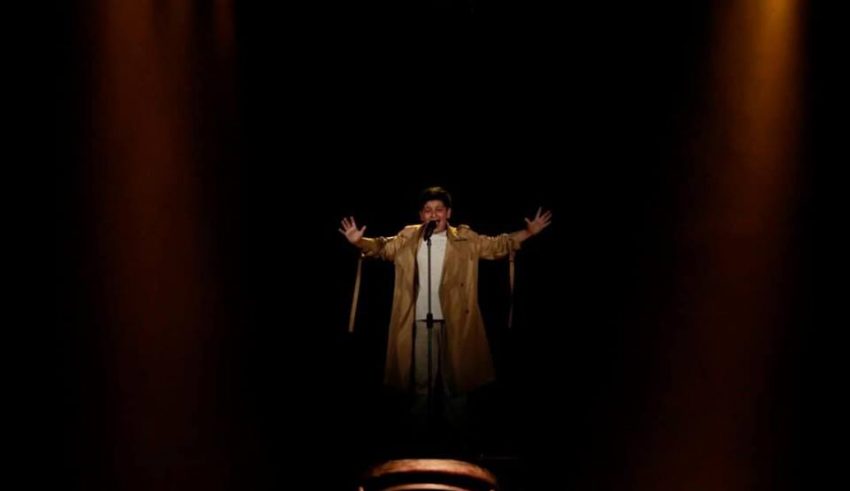 With the likes of Natia Todua, the brothers Nemsadze (Eurovision 2019 entrant Oto Nemsadze and his talented brother and Georgian Idol 2019 co-participant Beso Nemsadze), and more winning the Idols, X-Factors, Voices, and [Insert Country Here] Got Talent, Georgians have yet another reason to boast as another native son or daughter has crushed the talent contest of another country.

12-year-old Alexandre Zazarashvili, who was a semi-finalist of Ranina in 2018, Georgia’s method of selection for Junior Eurovision 2018 and 2019, won The Voice Kids of Ukraine this weekend.

And with so many Georgians having achieved success outside of Georgia, you can’t help but feel that yet another seed for an eventual Eurovision triumph has been sown with Zazarashvili’s victory. As Oto Nemsadze sang in his excellent Eurovision 2019 entry “Keep On Going,” follow your heart and cross the sea, we heal each others’ wounds with singing. Keep on going, Georgia, keep on sending your sons and daughters across the sea, and healing and victory will follow.

A highlight of Zazarashvili’s run to victory was his stunning cover of Eric Carmen’s “All By Myself,” also famously covered by the legendary Eurovision 1988 winner Celine Dion, in the semi-final. What will shock you is that Zazarashvili straddled both versions, with the tenderness and vulnerability of Carmen’s and the power of Dion’s coming through.

A highlight of Zazarashvili’s run on Ranina 2018 was his performance with Georgia’s Eurovision 2018 Iriao, also known as Ethno-Jazz Band Iriao, on “I’ll Show.”

Ranina 2019 was won by dapper 12-year-old crooner Giorgi Rostiashvili, who will go on to represent Georgia at Junior Eurovision 2019 in Gliwice, Poland, on November 24, 2019. The song will be selected internally and released later this summer. If you are not moved by Rostiashvili’s rendition of Andy Williams’s “Moon River,” there is something wrong with you. What had been a two horse race between Ana Berishvili and Nika Petriashvili in the earlier rounds was blown apart when this young lad nailed this 1960s classic in the semi-finals.

Do #YOU see Zazarashvili stepping up and crushing it for the adults at a future Eurovision? Who do #YOU favor at Junior Eurovision 2019? Let us know in the comments, on social media, or in our forum.