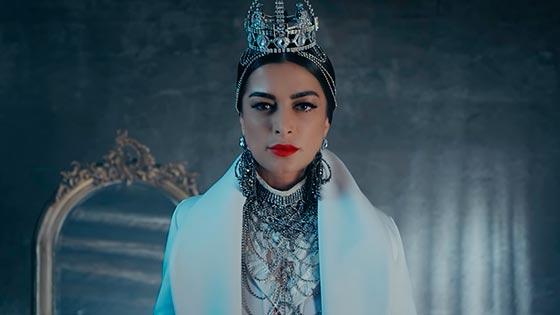 Missing Eurovision music? Want to see which alumni of the contest have recently released new tracks? Well, look no further! Here’s a selection of songs released within the last few months from Eurovision stars past and present. Which of the tracks is your favourite?

Måns mentioned that he has released new music during his performance in the grand final interval act in Tel Aviv this year, and you might have missed it! He dropped both “Better Now” and “Grow Up To Be You”, in addition to the full version of his “Fuego” cover. “Grow Up To Be You” has a much more simple track than we normally hear from the Swedish pop star, which truly accentuates the message of the song. In case you couldn’t tell, the song is about his young son Albert.

Warning: this song is not for the faint of heart, those listening at work, or friends who may have epilepsy (there are flashing colors in this video). Please tune into our next song if this is you! If you’re still with us, welcome to the new track from TWIN TWIN, and if you expected something similar to “Moustache” then you haven’t been paying attention to the band’s evolution. While this is a much harder song for the band, it has an interesting beat and could give Hatari a run for their money.

Il Volo released their new album “A chi mi dice” back in April and if you haven’t listened to it….then you’re missing out. The track that takes the same name as the album showcases the talent of these three men perfectly, and features some chilling harmonies. Add in breathtaking scenery in the Mediterranean for their newly released music video and you have yourself a brand new addition to your playlist this summer.

Although he has left behind the helicoptering of a long braid after Kyiv, Slavko is still actively producing music. “Moonlit Night” is a song that carries a very relaxed beat and personality, until it hits the breakdown in the bridge. The lyrics for this song are very inspirational: “Spread your wings, no need to worry. I’m here to lift you up if you ever feel lonely.” Perhaps we can rocket to the stars next?

One of Eurovision’s best violin players (the other one being Secret Garden from 1995) officially released his new heartwarming song “I’m Still Here”. The song is about an ex who left him, who he is still in love with. One of the biggest messages comes in the lyrics “I’m still here, I’m not going nowhere” which doubles down on how he feels for this person. Rybak kept this track simple with just a piano melody and interjections from the violin, drums and tambourine. It’s a beautiful track.

If you haven’t been following Iveta’s Journey of A Woman project, I urge you to listen to the other two tracks. United tells a beautiful story that depicts Iveta as a ruler over a group of people, and speaks to a message of standing together rather than tearing each other down. The music video features immaculate detail from costuming, landscape shots, and even slow motion to capture the gravitas of the song. This is a song that you might end up listening to on repeat (because I do!)

It has been a while since we heard anything from Soluna, but it appears that she’s been spending this time working on a new EP “Northern Wind”. The track keeps true to who Soluna is as an artist, having that small flair of folk behind a modern sounding track. If you like “Northern Wind”, then you should check out her new EP that dropped on May 24th. And Soluna isn’t done yet, as she will be spending the summer recording yet another EP!

Nathan Trent has been busy dropping hit single after hit single, and “I Got Me” is no exception! This song is supposed to be an anthem promoting self-acceptance, and is a reminder to be confident despite uncertainty. The track is one of those perfect songs for a long drive, or if you need a quick reminder to just be you. It’s smooth, catchy, and as always Nathan’s hair is on fleek!

That’s it for the latest music round-up! We’ll be back soon with more new music, so check back soon and make sure you follow us on social media to know when we post. Until next time!

Which song do #YOU like the most? Share your thoughts with us on our forum, below in the comments and on social media @escunited!