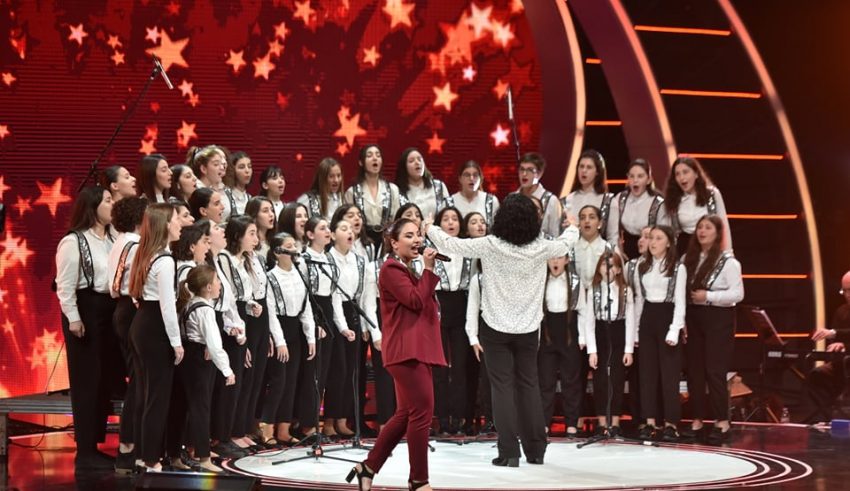 In a dramatic first elimination round, Tamar Kakalashvili was crowned the first leader with 16.53% of the online and telephone vote after a rousing performance of a Beatles’s medley of “Golden Slumbers” and “Carry That Weight.” Tamar arrived singing “Queen,” and so she proved on her first live concert of the Georgian Idol season.

Kakalashvili triumphed with her interpretation of the Jennifer Hudson Beatles’s medley from the movie “Sing,” while Merab Amzoevi, with only 2.5% of the vote, was eliminated after his take on Adele’s “Skyfall” did not impress.

Shockingly, Nika Kalandadze found herself as the second outsider of the evening with only 5.7%, as her take on Lana del Rey’s “Video Game” impressed the judges, but evidently not the voting public. She survives to see the second round, but it would have been a pity had she gone home today as she was just beginning to show how different a performer she is from her sister Liza Kalandadze, who was runner-up in last season’s Georgian Idol. The judges made it clearly known they disagreed with her placement in the bottom two.

The first round results, with song performances hyperlinked, are as follows with percent of online / televote:

And if you were one of those last week who was puzzled by the sudden appearance of a guy who looked like Lion from the Netflix series Narcos in the final ten despite not seeing an audition performance, we got a proper introduction to David Rusadze, a 22 year old student at Georgian Technical University in Tbilisi.

Hosted by Ruska Makashvili, Star of Georgia or Georgian Idol is the Caucasus nation’s version of the Idol franchise. It is the second straight year the show will serve as the selection method for Georgia’s representative and song at Eurovision 2020, to be held in May 2020 in Rotterdam, the Netherlands. After tonight, the remaining nine will be eliminated one by one by viewer votes until the Grand Final.

Judged by famed Georgian musician David Evgenidze, The Voice of Germany 2017 winner Natia Todua, GPB’s First Deputy Director and Head of the European Broadcasting Union (EBU) Gender Balance Initiative Tinatin Berdzenishvili, and piano virtuoso and Julliard alumnus David Aladashvili, Idol will continue next week with more auditions and the final ten will be selected from the golden ticket pool. Be sure to tune in on Georgia’s TV-1 every Saturday at 10 p.m. Georgian time or on the Georgian Idol facebook page. You can also vote for your favorite each week using Facebook Messenger while on the Georgian Idol facebook during the live performances.

Do #YOU agree Tamar is Queen and a favorite to represent Georgia? Do #YOU think Merab Amzoevi and Nika Kalandadze were unfairly in the bottom two? Let us know in the comments below, in our forum, or on social media.