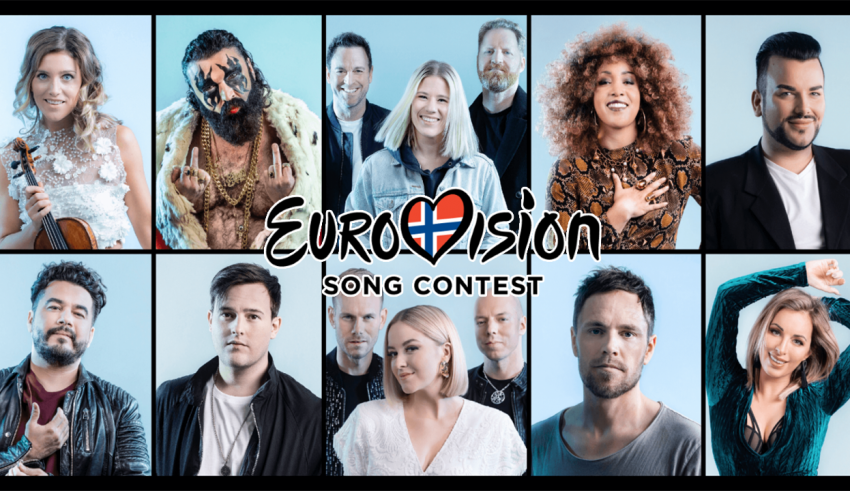 Once again the national broadcaster of Norway, NRK, has decided to go with a national final, and ten names have been announced not long ago. Not only have they announced the acts, but the songs as well, so if you wish to find out if Norway has hidden gem ready for this years contest, you can go straight ahead and listen to them here.

These are the 10 competing artists and their songs:

Compared with last year’s edition of Melodi Grand Prix, there obviously aren’t as many straight out names that sticks out, but there is one. In case you’re wondering if it is the same “Mørland”, then yes it is! Kjetil Mørland is once again back on track, surprisingly with the only Norwegian entry in this years competition. Last year, Mørland penned the song for Rebecca, who finished behind Alexander Rybak.

Now looking at the songwriters, then we do find Mørland once again, of course he did write his own song, but he also is part of the team behind Andrian Jørgensen’s entry “The Bubble“. He has teamed up with the “Grab The Moment” team of Jonas McDonnell who wrote the 2017 Norwegian entry and Aleksander Walmann who performed the song.

Then out of nowhere, we even find a song composed by Laura Groeseneken. If you think that name sounds familiar, then that’s because it’s Sennek who represented Belgium last year in the contest, with the song “A Matter Of Time“. She is part of the team that has composed the song “Hold Me Down“, which will be performed by Carina Dahl.

We can’t really go too much into details on all the acts for now, but digging a bit onto these 10 acts, will reveal some quite interesting stuff related to the contest, so hopefully the Norwegians are in for a treat when they will select their entry.

One little thing that would be worth a mention is that THE “Fairytale” is also taking part in this years competition. Ingrid Berg Mehus will sing the song “Feel“, but she is also the lady that Alexander Rybak sang about, now 10 years ago.

The Norwegian final is planned to take part on the night of March 2nd, and the winner will be decided by a mix of an international jury and the Norwegian televote.

Which Norwegian song do #YOU like the most, and do #YOU think Norway can claim back to the top spots? Share your thoughts with us on our forum HERE or join the discussion below and on social media!