Home 2020 North Macedonia: Vasil will sing “You” in Rotterdam 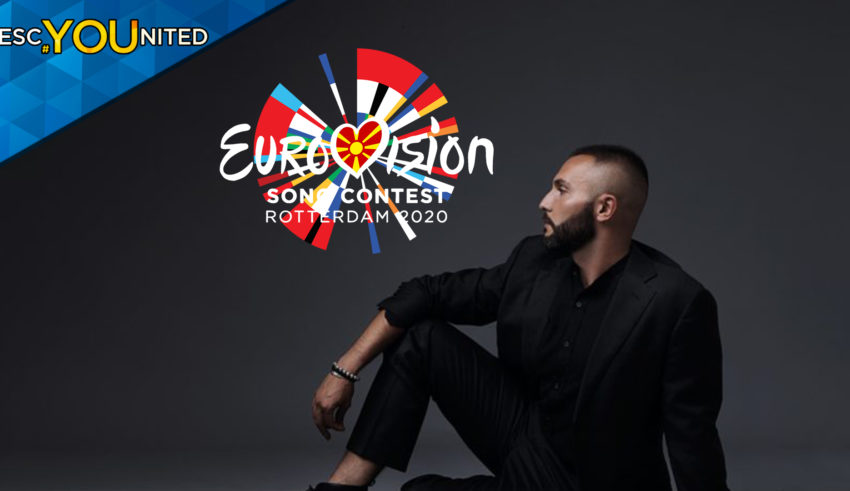 If you thought this was going to be anything about the song release, then I’m afraid you’ll have to wait a bit longer, but now we at least have a title for the song which is going to be “You“.

Unless you’ve been very busy, or just been living under a rock, then we’re here to tell #YOU what you missed so far.

For 2020, North Macedonian broadcaster (MRT) has decided to go internally once again, after the huge success last year with Tamara Todevska, after she gave North Macedonia their all time best finish in their more than 20 years of history.

About 1 month ago, it was announced by MRT that Vasil Garvanliev (or just Vasil for short) would have the honor of replicating another fantastic result.

Vasil will take his experience from Tel-Aviv with him, when he’ll represent North Macedonia in Rotterdam, since he was one of the backing vocals for Tamara Todevska.

When the song will be released is still not know, but we can be sure that it will be in about 3 weeks time, since the deadline for submitting songs is on the 9th of March, so not long to go!

As mentioned before, North Macedonia was represented by Tamara Todevska in Tel-Aviv last year, where she gave the country their first ever top 10 finish with the song “Proud“. Overall she finished on 7th place after finishing 1st with the national juries.

Anyhow, what do #YOU expect of Vasil’s song “You” and can North Macedonia do it better in Rotterdam? Drop by our forum HERE or our social media sites and share your thoughts.

Ukraine: Go_A is going to Rotterdam!

Toinght, we offically can welcome back Ukraine to our beloved Eurovision family, as long a…