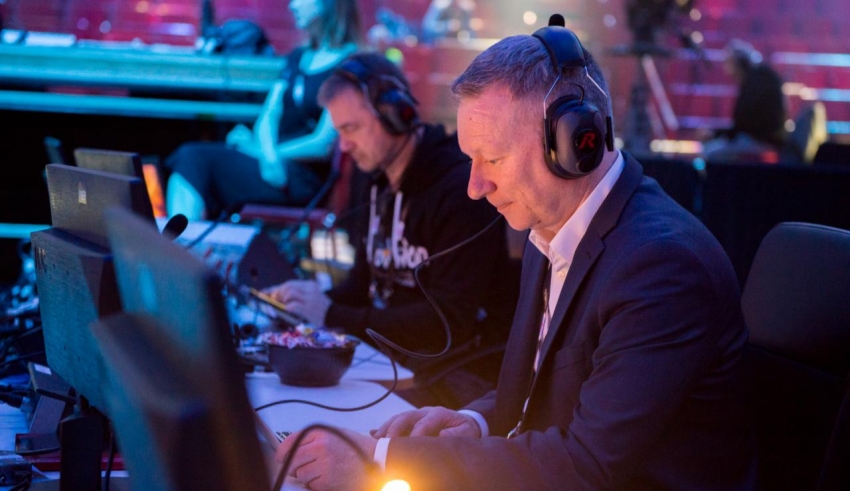 Last year, I wrote an article which showed that, for the last ten years, it seems to make little difference whether an entry was selected via a national final or through internal selection. One thing which a number of people pointed out was that not all national finals are equal, with a variety of different selection methods used and approaches. So is there a secret to success hidden within the national final format? So in this article I aim to delve once again into the numbers and see if there is a seemingly successful way of approaching national finals.

Of course, there are numerous variations within national finals; voting methods, number of rounds, jury/public vote splits etc. so I have targeted a few to try and see what influence they have. I have looked at the number of rounds (whether having just the one or a number makes much of a difference), jury/televote splits, whether both the artist and song were selected, or if it was just one or the other, and whether the jury had any international representation or not. I would like to clarify that only the very final round has been considered for this analysis; so this means that any superfinals have been considered as the sole final round. This is simply because this was the round which determined the actual Eurovision entry, so only the voting method and system employed there has been considered. This is to simply have a level playing field. After all, every national final has seen numerous songs rejected by the broadcaster before the national final even begins, so, in a sense, is every national final jury-based? I say not, and so the logic carries forward to the superfinal. For this article, I have looked at 261 national finals from the last ten years. As we are counting qualification as an indicator of a successful national final, any national finals selecting entries that pre-qualified for the final have been disregarded. But this still leaves quite a widespread field! So onto the results!

Multiple Rounds: So simply whether there has been one sole round to decide the entrant or multiple stages. 166 national finals had multiple rounds and entries selected by this method have qualified 56.0% of the time. Not bad! But wait a moment… What are the chances that a national final winner qualifies? As I detailed in my previous article, it’s 56.3%. Ah, so basically this has no influence whatsoever on your chances of success! I was genuinely surprised how close the numbers were here; perhaps there will be some actual variation for other factors!

Jury/Televote Split: So here we are looking at the level of influence of each on the final round alone. I have split these into three categories: Jury majority, equal weighting and televote majority. Given there is often a lot of fuss when the televoters are overruled by a jury vote, it will be interesting to see if this is a good call or not. When there is a jury with a greater than 50% weighting, the average entry qualifies 59.4% of the time. Finally; movement!! So it seems that the jury have a slightly better time of it when choosing an entry than the general public. Interestingly, when the weighting is equal, the qualification chances are still a smidge above average at 58.8%. It’s interesting that when the split is exactly that of Eurovision, the chances of the winning entry qualifying are still a little worse than giving the jury the majority say! Given the above, it’s probably unsurprising that a televote majority gives an entry a slightly below average chance of qualifying at 55.0%.

Is this really a surprise? The whole point of a jury is that they are experts in the field of music and will look at more than just the superficial elements of a song when judging them. Maybe the surprise comes in the fact that it does not make a massive difference; barely above 4%. Then again, given that the jury and televote are equally weighted in Eurovision, perhaps we should expect that a similar weighting in a national final would be the best reflection of how the Eurovision voting will go and therefore give the best chances of qualification? Interestingly, in 37% of national finals, the final round has been solely the televoters and here their chances of picking a qualifying entry drop to 53.6%, so it seems that the televoters should not be given the final say!

I should also point out that there have only been 32 (out of 261) national finals where the jury has been in the majority, so there is a higher chance of random variation when it comes to the results, but the overall trend is that the more that the jury can influence the results, the more likely (albeit not much more likely!) an entry will qualify.

Artist/Song Selection: Here I am looking at whether an artist/song combination was being selected or whether it was either finding a song for a pre-selected artist or finding an artist before internally selecting a song. It turns out that almost national finals (88%!) select a combination, which probably comes as a surprise to no one! So, with that in mind, it is also probably not a huge surprise that their chances of qualifying are… 56.1%! What IS interesting, however, is that there have been 10 artist-only selections and 8 qualified! Yes, I know, tiny sample size, but this offers the intriguing idea that maybe the song counts for less than the performer. Although having said that, 61.9% of the 21 song-only selections have also qualified, so maybe it’s the extra time spent focussing on getting the right song or the artist that counts for more than finding the full package in a national final. Again, small sample size (31 out of 261 which hasn’t selected both artist and song!) so it is possible it’s just small random variations, but still an intriguing possibility!

International Juries: So this looks at whether getting an international perspective on matters helps when finding a Eurovision winner! Obviously the 97 televote-only national finals have to be discounted here, so that means that the average qualification rate when a jury is involved is 59.5%. I will also admit that finding out exactly who was on a jury is not always the easiest, so I have assumed that a national final jury was purely domestic unless I can find evidence otherwise, which meant that 141 have been taken to be national jurors alone. They have a 58.9% chance of qualifying, which, clearly, is a little below the jury average. So yes, it seems that an international element helps out with qualification success as juries with international members have a 65.2% chance of qualifying! Again, there are only 23 examples I found, so small numbers may contribute to a skewing of the numbers. Interestingly it seems that there is a trend towards including more international jurors as only five national finals from 2008-2011 used them, whereas ten from 2015-2017 did. Maybe countries are wising up to the idea!

So to conclude, it seems that there really is not a lot that gives the extra edge when it comes to national final organisation. In all honesty, it seems to be more what goes on behind the scenes that contributes; sometimes it will also be just the quality of songs getting into the final. Basically it is stuff that is very difficult to quantify! Having said that, however, there are a few small suggestions I can suggest that could give a country the edge. Firstly, give the jury the edge in the voting; they are professionals for a reason and certainly giving full power to the televoters seems to be a disadvantage. Also, make sure that there is an international flavour to the jury; getting opinions from around Europe certainly contributes to success. Finally, maybe consider internally selecting either the artist or song and then finding the right counterpart in a national final. There have been so few that it is tricky to see if there is indeed a pattern, but taking the risk may just pay off with Eurovision success!

Do #YOU have suggestions for how to run a great National Final? Share your thoughts with us below or on our forum!