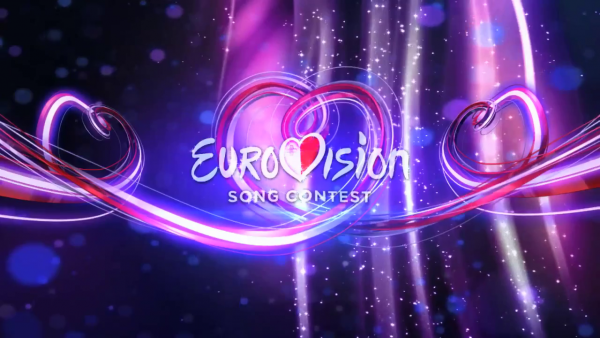 Ahead of tonight’s Malta Eurovision Song Contest our editors Sean and Stefan took a look at all 16 competitors in the selection. What did we think of the songs and did we agree on a winner?

Sean – 7 points “Probably the most modern of all of the songs in this competition with its bombastic percussion production, but what the hell does Dai Laga mean? Did he run out of lyrics? Could be a solid choice depending on staging.”

Stefan – 3 points “I feel like this is just a demo version and I am expecting some kind of an improvement. But I don’t see it coming.”

Sean – 6 points “Interesting, lots of elements going on here with orchestral and tribal flavours… she could have a real sass on stage and I hope she does as this song’s result depends on the attitude. Bring it guurl!”

Stefan – 5 points “It is good, but not good enough. I did like it while I was listening, but I don’t think I will go back to listen to it again.”

Sean – 6 points “Another average song in this selection which is nice enough to listen to once, but there’s nothing that makes me want to smash the replay button. With its draw in the show as well it doesn’t look good for her chances…”

Stefan – 4 points “Another strike of déjà vu feelings… And what’s with the repeating of the lines? Not just here, but in other songs also…”

Sean – 9 points “Malta, please choose this! Haven’t heard a song like this in any selection and you need to stand out in the semi-finals to stand a chance of passing through. An intriguing minimalist production with good vibes and a soulful demeanor. Great, great, great!”

Stefan – 7 points “I sense some weird vibe and I like it. It’s somehow mystic, interesting, twisted and it all make this more than good.”

Sean – 5 points “A pleasant radio friendly “in the background while shopping” type of song but for Eurovision? It’s not unique enough to draw in the casual viewer when there’s so much stronger on offer elsewhere. Will be majorly surprised if this makes it to Lisbon…”

Stefan – 1 point “It’s all over the place. I couldn’t manage to hear the whole thing.”

Sean – 4 points “It’s all a bit too sweet, too gospel for me, this one. I’m sure they have a great voice and vocal harmonies with each other but as a song I can’t get behind this at all.”

Stefan – 10 points “And finally a decent ballad! It is a bit cheesy, but duuuh, Eurovision is like that. I just hope that they can work it all out on stage.”

Sean – 8 points “This is nostalgic to me in some way, all of those broad ethereal sounds… he has a perfect soothing voice for this song and it would be a real strong entry for Malta personally. There’s a really strong, soulful RnB aesthetic with this song!”

Stefan – 6 points “Radio friendly, easy going tune. The only problem here is I completely forgot it the moment it was over. ”

Sean – 5 points “This is cute, sickeningly sweet actually. It’s perfectly Maltese so perhaps this has an outside chance but I can’t imagine that Richard will make it back on to the Eurovision stage with this saccharine piece…”

Stefan – 4 points “And of course we have a song dedicated to a dear person. I don’t hold a grudge against those songs if they are good. Unfortunately this one isn’t. :(”

Sean – 5 points “There’s not a lot going on here. Not to say that it isn’t an easy listen, it’s pleasant and croons along in the background, but in a competition where you need to stand out it’s not a suitable choice at all.”

Stefan – 2 points “Boring, monotonous, dull… No need for more words. Plus, the title is soooo like clickbait…”

Sean – 6 points “This builds quite well and has the type of big vocal that Malta have plumped for in recent selection, so could this be considered a front runner? Not my type of song but I can appreciate this will have fans.”

Stefan – 7 points “Is it just me or does she look a bit like Cher? Plus I have déjà vu feelings about this tune. It is a bit bipolar, but fairly decent!”

Sean – 5 points “She gets an extra point for having a truly spectacular voice but why has she wasted her vocals on a 90s RnB group B-side? Such a shame, hope she will return to the selection with something more fiery to suit her better.”

Sean – 7 points “Much better than most of the songs in this selection as it actually has a semblance of modern production for an upbeat pop number. There are stronger songs in other selection this year but Malta would give themselves a fighting chance with Brooke.”

Stefan – 8 points “BQL called. They want their song title back! Another radio friendly tune, although, this one is much better. It’s very nice, and with a few more music elements it would be amazing.”

Sean – 7 points “This song didn’t really need the Celebrate-esque dubstep break down (and do we really need those in Eurovision anymore?) but it’s a good song and unusual for a G:son entry. Could be up there come the end of the night.”

Stefan – 5 points “I am torn apart, all over the place. I like the music, but focusing on the lyrics it reminds me of many other songs. Nothing special.”

Sean – 7 points “Finally, a Latin inspired entry that isn’t a total rip-off of Despacito! Would be a novel choice for Malta to make and bring some Mediterranean rhythms over to Lisbon where this could get a good reception. One of the better songs in the selection!”

Stefan – 9 points “It is catchy, summery, but also a bit outdated. But since those sounds are starting to be popular again, I have no doubts that she is a strong contender.”

Sean – 6 points “As far as boyband songs go, especially Maltese boyband songs… this really isn’t that bad. It has a soaring quality that keeps the interest for 3 minutes and could have a larger than life performance from the guys. We will see if this is a dark horse…”

Stefan – 6 points “This is such a boyband song. I think it’s more suitable for Disney Channel than Eurovision.”

Sean – 6 points “I like its dark vibes but not a lot else with this song… she’s a good performer but I think more dramatic elements would really lift this song out of mediocrity.”

With a combined total from Sean and Stefan of 17 points, it seems that our editors’ favourite for tonight is Deborah C’s “Turn it Up”. Will this taste reflect in the real result later on this evening?

What do #YOU think of the songs and our choices? Share your thoughts with us on our forum HERE or join the discussion below and on social media!