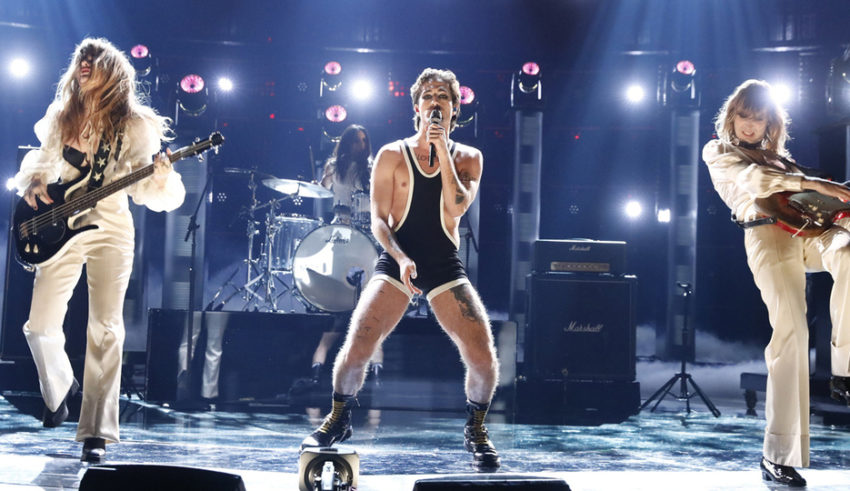 TRAE PATTON/NBC
Måneskin rock out with their jock out on Monday night's episode of "The Voice".

Måneskin‘s worldwide victory tour shows no signs of slowing down.

The Eurovision champions appeared on an episode of The US edition of The Voice Monday night, performing a medley of their songs “Beggin” and “MAMMAMIA”. Both songs have enjoyed robust success in The US market, with “Beggin” in particular continuing to elevate the group’s profile. The song currently sits at #16 on the Billboard Hot 100, after 21 weeks on the chart.

With NBC, the network that broadcasts The Voice in The US, also scheduled to premiere The American Song Contest in February, it’s safe to assume our favorite glam rock quartet will be making an appearance during the course of that competition as well.

This isn’t the first time Eurovision has invaded the current season of The Voice. During the knockout rounds in late October, 13-year-old contestant Hailey Mia performed a version of Duncan Laurence‘s “Arcade”.

Are #YOU excited to watch Måneskin continue to take the world by storm? Do #YOU continue to silently resent Damiano for how great his legs look in EVERYTHING? No? Just me? Sound off in the comments below, in our forum, or on social media @ESCUnited.