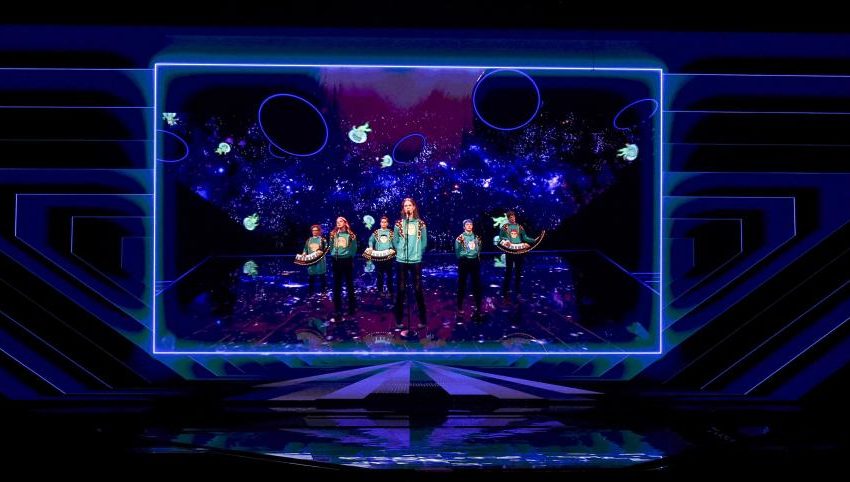 Last year we saw a change in the contest that required all of the delegations to record a “live-on tape” performance of their Eurovision song in the event of travel restrictions or a COVID-19 case occurred prior to rehearsals. Ideally none of these were to be used, but due to travel restrictions by the Australian government Montaigne and the Australian delegation were forced to compete using her taped performance. Iceland was able to make it to the rehearsal process prior to their isolation, and so their rehearsal footage was used in place of the live-on tape for the Grand Final.

And now according to OGAE Greece, it looks like the live-on tapes will be required again for the 2022 contest in the event that a delegation or artist cannot travel or participate live in Turin. All of the delegations have been alerted of this requirement so that they can adjust their plans to record those live-on tapes in time for the submission deadline. This requirement comes alongside the EBU continuing the pre-recording backing track rule from 2021 for Eurovision 2022 as well.

It is currently unknown if the EBU will broadcast the live-on tapes in a celebration show similar to Eurovision 2021 (two shows with the non-qualifying acts, one show with the grand final running order) or if these will be hidden away after the contest.

What do #YOU think of the return of live-on tapes? Are you hoping to see another post Eurovision show with all the recordings? Let us know on social media @ESCUnited or on our forum page!