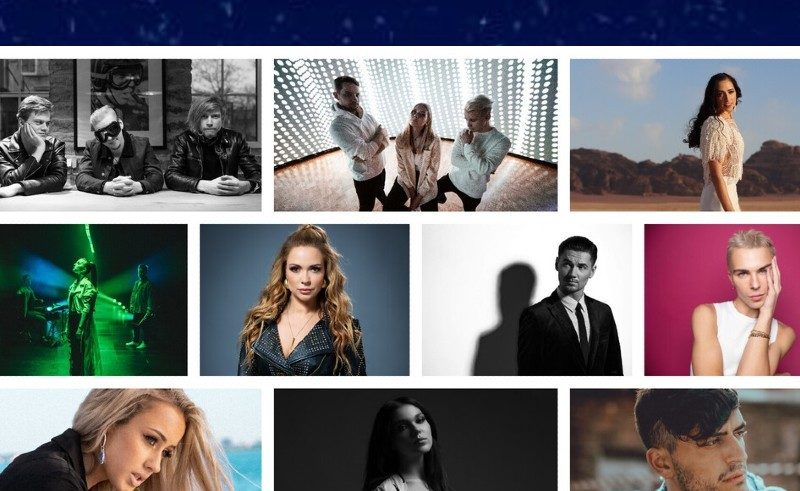 It’s another exciting monday given that ERR has released the next 10 artists and songs competing in the quarter-final set to air on Saturday, December 4th. The broadcaster will continue to use former Eesti Laul contestants and Eurovision artists to host the live show, and this weekend the hosts will be Eurovision 2012 representative Ott Lepland and Eurovision 2005 and 2017 representative Laura Põldvere.

The artists announced are as follows:

This quarterfinal is the first to feature 10 songs with English titles, although it is unclear if every song is fully in English or a combination of Estonian/English/other language. We do also have two former Eurovision artists competing in this pool of artists, as Anna Sahlene represented Estonia in Tallin 2022 with the song “Runaway” and Elina Nechayeva represented Estonia in Lisbon 2018 with the song “La Forza”. Stefan and Shira both participated in the 2020 edition of Eesti Laul, while Alabama Watchdog participated in the competiton just last year.

Three of the songs from this quarter final will move to the semi-final rounds in February and will be decided by a 100% televote. An additional two songs will be selected from the remaining pool using a 100% jury vote.

What do #YOU think of the line-up for Saturday’s quarter-final? Let us know on social media @ESCUnited or on our forum page!