Home 2017 Malta: Kevin Borg “I wanted to write some sort of fresh story” 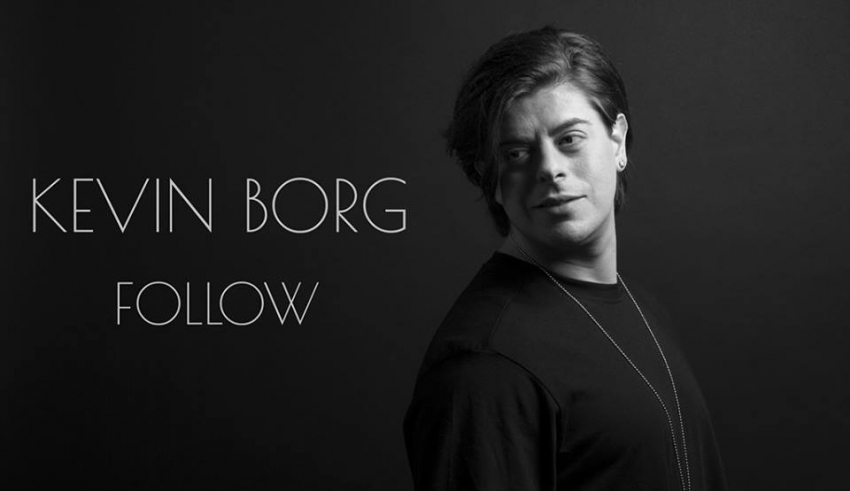 The preparations for the Malta Eurovision Song Contest are in full swing. The show is scheduled for Saturday 18th February. Yesturday, PBS announced the running order and also the presenters for this show. For more details about these you can read our article here. Today, Kevin Borg has spoken to us about his entry Follow.

I’d like to start by thanking you for the great promotion you give us all on your website. I’m doing great thank you. My name is Kevin Borg and I will be taking
part in this year’s National Final of the Malta Eurovision :).

Your song that you will be presenting for the Malta Eurovision Song Contest is “Follow”. What can you tell us about the song?

The story behind my song Follow is an intense love story between 2 people who’s life take a different turn. I tried to be a little bit more experimental on the lyrics making it seem freshly taken out of a fantasy book or movie. The main person in the song has lost someone close to his heart but he has a power that what he dreams can become reality .. so he makes it a point that he dreams her back to life even if it means getting stuck in his own dream and dying. The team behind the song is
myself and my colleague from Sweden Simon Gribbe and we dedicated quite some time and effort to bring that epic movie like feeling to this track !!

I wanted to write some sort of fresh story that could be easily be inspired from movies like twilight and all those related love stories.

I think that the Eurovision Song Contest is one of the top shows in the world bringing lots of joy and a lot of people together through music. I try to watch it every year yes.
Having to choose only one entry makes it very hard as there are many nice ones. Give me your love by Fame remains a favourite especially Magnus and Jessica being friends of mine.

I would like to perform at many different venues 🙂 MTV Music Awards, Nashville’s Country music awards and of course the SuperBowl if you don’t mind me dreaming
big :).

Of course !! It would make me connect not only as an artist but even as a songwriter /producer with so many different people from different countries. Nothing bad can come out from such an experience 🙂

I don’t really know … it’s pretty cool to have been the only one to sing No Air with Jordin Sparks apart from CHris Brown. I am the winner of the 5th series of Swedish
Idol. I have written and produced 7 most sold albums in Japan, I have also managed to achieve a Platinum Album, Platinum SIngle ,Gold Album and Gold Single,
7 Number Ones on the Itunes top chart in various countries around the world having sold more than a million copies altogether. I have had the 20th most sold song in the world (Sweat) with such artists as Justin, Timberlake and Katy Perry trailing behind and he reached a number one on the biggest music charts
in the world – The World Billboard Chart.

He has also written and produced my previous entry Needing You together with great colleagues and has over 2,5 million listeners altogether on Spotify as well !

Where do we find you on a Sunday Afternoon ?

If I’m not working, I would probably be out with friends 🙂

Always keep my feet on the ground ! It is very important for an artist to stay humble and grateful especially to their fans !!
If your life was a song title, what would it be?

It would be called Thank You — And it would be dedicated to all the people who have made an impact and helped me achieve all that I did so far in my career.

A typical day would be .. writing songs from morning to late hahaha

You can listen to Kevin’s latest version of the entry “Follow” on this link below :-