Home 2017 Malta: Cherton Caruana “This song is all about standing up for yourself” 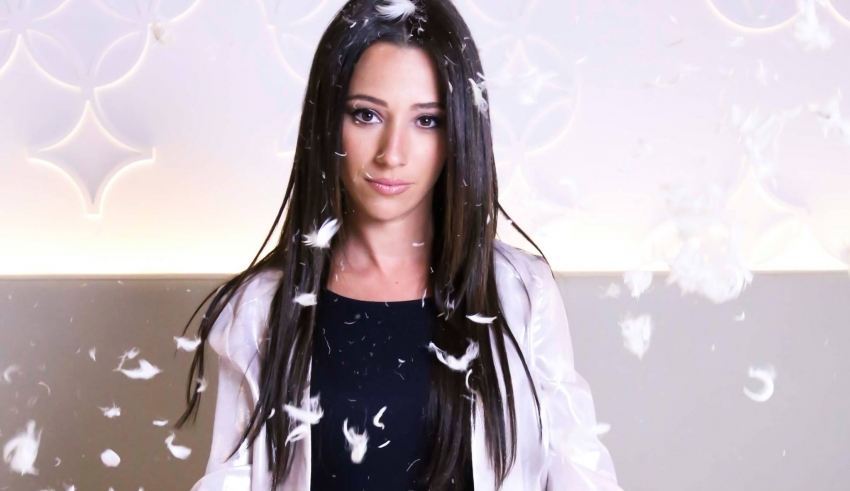 The preparations for the Malta Eurovision Song Contest are in full swing. The show is scheduled for Saturday 18th February. Today, newcomer Cherton has spoken to us about her entry Fighting to Survive.

I am a 29-year-old singer. I work in real estate and have been married for a little over a year now. I’m a very positive person. My motto is “Be positive and positive things will happen to you.” I always loved music and performing, and started singing when I was about 10 years old. The first talent competition i took part in and won was the Mini Miss International competition. In my teens, I was a contestant on local TV talent shows Bravi and Sfida, and was chosen for a musical scholarship at a school of performing arts in Cambridge, UK. Currently, I am the resident singer on the popular panel show Xarabank.

Your song that you will be presenting for the Malta Eurovision Song Contest is ‘Fighting to Survive ‘ What can you tell us about the song?

I like to think of Fighting to Survive as a fierce empowering pop song. On one level the lyrics are about taking control of a relationship that has gone sour, about someone who is tired of being messed around with and saying enough is enough. But I think the lyrics can also speak to people more universally. We all at some point in our lives face obstacles, whether it’s difficult relationships or people trying to put you down. And this song is all about standing up for yourself and fighting for what you believe in.

The inspiration behind Fighting to Survive was to create a song that was all about standing up for yourself and fighting for what you believe in as mentioned before.. The song wasn’t written specifically for the MESC and I think that is important, because I wanted the song to hold up outside of the competition and sound like a current song you’d hear on the charts. That said, once my team and I decided we were going to submit Fighting to Survive for the MESC, a lot of work went into making sure the song would stand out in the competition. So, while it wasn’t originally written for the MESC, the version of the song that exists today was strongly shaped by the MESC.

Eurovision is offering a legitimate stage for new artists from all over Europe to emerge. I have been following the Eurovision since I was a kid. My favourite entry to date is definitely Euphoria by Loreen

Yes absolutely. I believe that more than ever, Eurovision is offering a legitimate stage for new artists from all over Europe to emerge. Especially since Loreen won with Euphoria, I think less entries are relying on gimmicks and the crazier aspects people used to associate with Eurovision. If you look back on the last few years, most of the entries have been of the same high standard we’ve come to expect from anywhere else in the music industry.

Well at the moment lots of people have been surprised to learn I actually sing, because it wasn’t something I shared much in recent years. Since I was announced as a finalist I’ve been getting lots of messages from people telling me “I didn’t know you were a singer!”.

Sunday for me , is all about being home or out with the family with no plans 🙂

‘Always live for yourself and not for others’ approval’

A typical day for me is an early start at the gym, 9am I’m at work till about 6pm. In the evenings I always have something, either singing, dinner with friends , date nights with my husband, staying home watching a good movie … varies every day.

You can listen to Cherton’s latest version of the entry “Fighting to Survive” on this link below :-