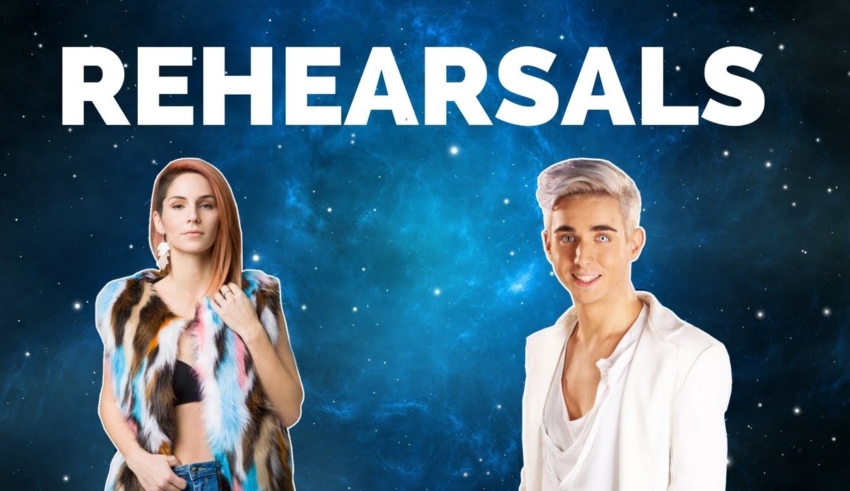 Have #YOU been busy today? Don’t feel like you have to miss out, as we’ve got you all covered! #YOU can check out the archived live stream and short reviews of the performances below, and make sure to subscribe to our YouTube channel for further live streaming and updates from Lisbon! Lea Sirk brings the energy and vibe from her EMA and Amsterdam performances to the Lisbon stage in a big big way with her rehearsal earlier this afternoon! The frame dance from the national selection has gone, but in its place is a much more dynamic staging. The backdrop is all in pink and purple hues much like in Slovenia. However, the real high point of this performance comes before the second chorus, as the arena turns black and a confused Lea Sirk asks for the music to come back, fearing a technical glitch. However, she then gets the song going again by clapping for the audience before the stage bursts back into life once more. I am sure that this moment, similar to Barei’s slip in 2016, will inject a dose of adrenaline into the audience and really lift this performance’s already surging energy!

UKRAINE – Mélovin – Under the Ladder Ukraine finish the semi-final with a flourish and again there are shades of the original national final performance from Mélovin, with an added twist. The piano on a fire-threatened plinth remains, but Mélovin begins inside the piano, performing the opening bars before being lifted up out of the piano by a mechanical arm. He then moves down to the stage to perform the song in a similar vein to Vidbir. Towards the end of the song he goes back up the stairs to play the piano following the bridge, where the steps catch fire in a similar way to the selection. The backdrop is in red with some white highlights which adds to the gothic dark feel of the performance. It’s a good rehearsal although it appears that there are some technical issues with the flames and the stand, but Mélovin’s great vocal performance is a highlight.

Tune in tomorrow as we bring #YOU updates of the first batch of second-round rehearsals from the arena and Lisbon!