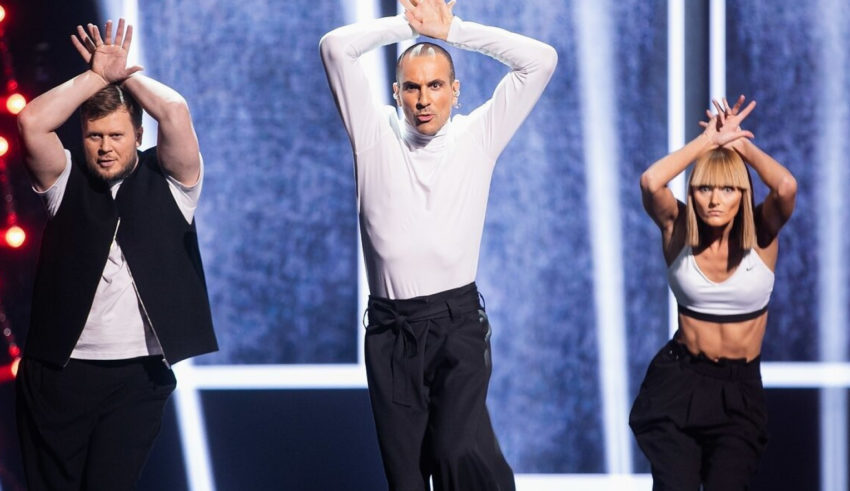 Maaan, I love Lithuania’s national selection. A lot of people see it as a marathon slugfest that prefers quantity over quality. While that may be true on some occasions it has consistently been among my favourite selections! You may ask yourself “Why?” Well that answer is easy, Lithuania is super tansparent about their results. Today it is time to look at these statistics to predict who will go to the final for semi final 1!

First you may ask, “But Roy, on what sketchy website can I find all those statistics?” Well it is a lot less sketchy than you might think. You can already find everything on wikipedia

Now that has been establish, let’s take a first look at the first semi final. The songs competing and the running order are already known so:

The way we will go by this is to look at the results from their heats. So the jury points should be representitive of how much the jury liked the song. This will give a ranking and we can distribute the points that are projectively given to the acts in the same semi final. So what is the rannking of these songs? :

This is the most straight forward we can see the points. In reality, this won’t work since 1 semi could be really strong or weak and the point distributuion could be totally different. We don’t care and will use this as final result to make an as accurate prediction as possible. Like I said, that was the easy part, now onto something a bit more difficult. See the Lithuanian broadcaster gives us raw numbers as to how many votes were given for 1 certain song. That is amazing since it could mean the song has exactly that many fans, but it could also mean that a higher ranked song had more votes beacuse the heat was watched by more people. In Heat 3 there were more than twice as many votes as in semi 1. We will take a look at both the raw number and the percentage and make our final prediction based on a combination of the 2.

The songs will be ranked on raw numbers, but I will put the percentage right after it. They translate into points. After that is their total amount of points and the same counts here, before the / is with raw numbers, after it is with percentages. Let’s do this!

This makes for an interesting observation where both scenario’s would make for an interesting semi for a different reason. In the raw votes we have a tie for 4th which is the qualifying cut-off. In the %-sceanrio we have a clear top 4, but the places 5 untill 8 or within 1 point of each other. So what will we predict for Lithuania? Here are the qualifiers and why!

1. The Roop – On Fire (24/24) This one is very easy, he tops every single list no matter how you approach it. The Roop is the clear favourite after the heats, not only to win this semi by a landslide, but also to win it all for Lithuania.

2. Aistė Pilvelytė – Unbreakable (20/18) Aisté is a safe bet as well. It got 3rd with the juries in heat 3 and second with the televote. She is more than 1000 raw votes ahead of place 5 and all songs below, that gap should be big enough to qualify!

3. Baltos Varnos – Namų dvasia (15/17) This song is obviously helped a lot by the juries. If the juries stick with the act than this has a very good shot at qualifying. The televote didn’t go for this all too much, but it also performed in the lowest voted heat 1. Percebtage-wise it scores a lot better and we will have to see what scenario is more realistic. Not a safe bet, but still a good one!

4. Rūta Loop – We Came from the Sun ( 11/10) After the top 3 it will be a tight race. in the Raw votes scenario this ties with KaYra, but if I’m correct the jury is the deciding factor in which Ruta scored higher. She barely misses out in scenario 2 where she takes 5th place, but the difference is smaller than Kristina who got 7th and 4th. This made me decide to go for Ruta as our final predicted finalist!

I hope you liked this statistical look at Lithuania, next week we will look at semi final 2 and I will try the same for the grand final. I hope I didn’t overwhelm you, but now you know the playing field!