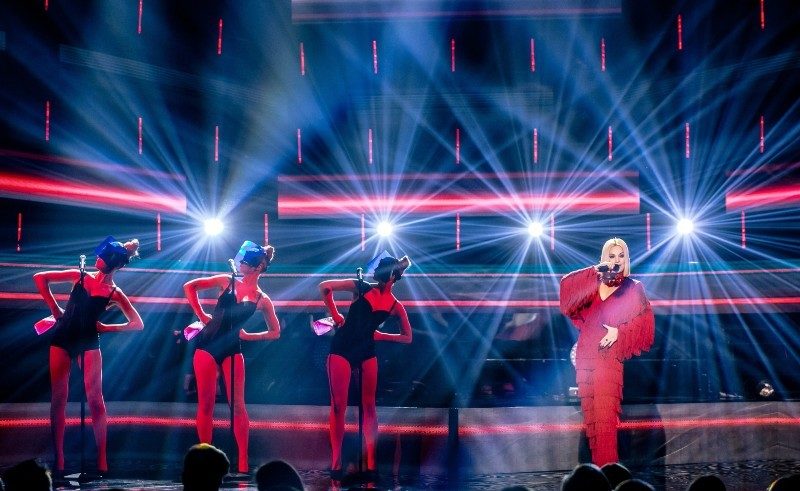 For those who have been watching the national final circuit long enough, you will know that Latvia’s national final has had a topsy turvy experience over the last few years, specifically when it comes to the number of submissions.

But this year appears to be different, as 130 songs have been sent to LTV for consideration. In fact – the broadcaster confirmed that former representatives for Latvia have submitted, though it is unclear if this includes former backing vocalists or only main Eurovision artists and bands. Given that Latvia has a 22 year history in the contest, it means that Supernova 2022 could easily turn into an “All Stars” national final – depending on how many actually applied and how many pass to the live shows! 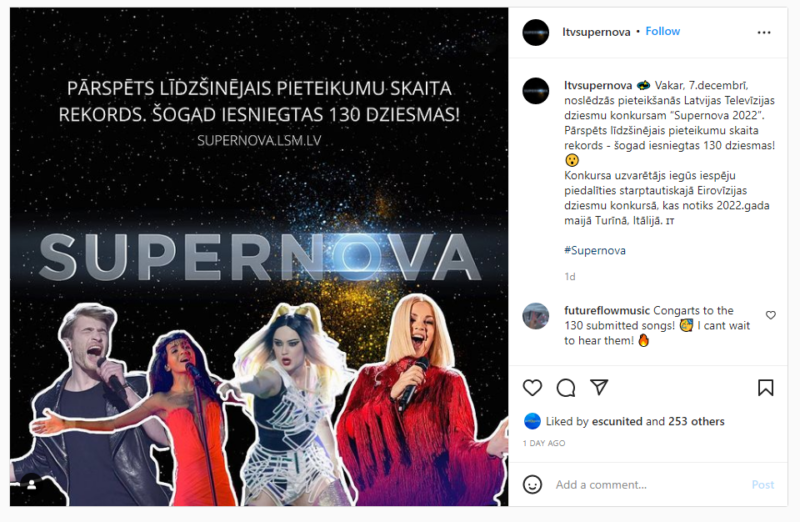 “Yesterday on December 7th, the application for the Latvian Television Song Contest “Supernova 2022″ ended. The previous record number of apllications has been broken – 130 songs have bene submitted this year! The winner will have the opportunity to particiate in the internation Euroivison Song Contest, which will take place in May 2022 in Turin, Italy.”

The songs will now be assessed by an expert panel selected by LTV who will evaluate the songs on their structure, international appeal, and the artist’s potential. From there a shortlist of songs should be decided around January, where in the past years the artists would be contacted for a live audition round. LTV also announced that multiple genres are represented on the list, from pop, folk, electronic, and of course heavy rock!

Supernova 2022 is slated to take place in February 2022, but the broadcaster has kept details about the show secret. In past years there have been numerous semi-finals – but in 2020 the broadcaster opted for a 9 song Grand Final only. Only time will tell what the next Supernova will hold for Eurovision fans!

Lativa has had an unfortunate non-qualification streak at Eurovision, dating all the way back to the 2017 contest in Kyiv. Last year Samanta Tīna’s song “The Moon is Rising” placed 17th in the semi-final out of 17 songs.

What do #YOU think of this news? Is there someone you hope submitted for Supernova 2002? Let us know on social media @ESCUnited or on our forum page!