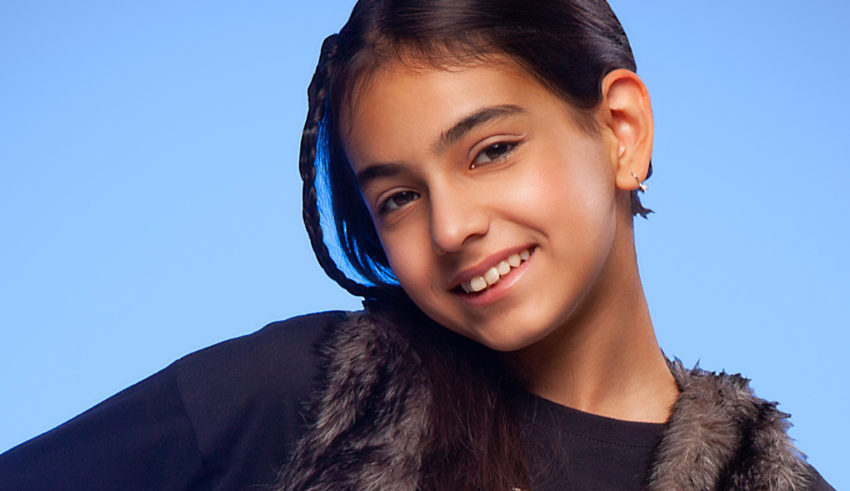 Today, we’re looking at Azerbaijan. Unlike neighbors Armenia and Georgia, who are a two unit Caucasus wrecking crew on Junior Eurovision, Azerbaijan have been a bit underwhelming historically compared to their adult counterparts.

Azerbaijan had initially intended to debut at Junior Eurovision in 2008, the same year Elnur & Sami made the nation’s Eurovision debut with “Day After Day.” However, a perceived lack of interest due to a lower than expected number of applications for the intended national selection put an end to that idea.

Appropriately, they debuted with a duet, but Omar and Suada could only come in 11th at Junior Eurovision 2012 with “Girls and Boys (Dünya Sənindir).”

Experts in Azerbaijani should let us know if Rustam Karimov means Tom Dice, as Karimov got Azerbaijan’s best ever result with “Me and my guitar,” coming in 7th at Junior Eurovision 2013. In the same year Farid Mammadov had a mirror image dancer imitating him while upside down, Karimov also rode a bicycle made of other children.

Sadly, the stars did not align for this quirkily-staged entry, and it would be five years until Azerbaijan returned with Fidan Huseynova’s cute yet sleight “I Wanna Be Like You,” which came in 16th place at Junior Eurovision 2018. Azerbaijan then sat out 2019 and 2020.

Azerbaijan was one of the earlier announcements this Junior Eurovision season, and broadcaster Ictimai announced that Sona Azizova was internally selected to be the country’s fourth representative at the Contest.

Born March 25, 2009 in Baku, Sona Azizova began performing live on stage early. Age 12, she has already competed on and came in 2nd on Azerbaijan’s The Voice Kids.

She is also a regular at the Zima Kids Music Festival, which is not at all related to Zima, the American clear malt beverage much beloved by those who came of age in the 1990s.

In interviews following Azerbaijan’s announcement of Azizova as the country’s artist, Azizova hoped that she would be performing on a rock song or a song with traditional Azeri instruments such as the saz.

Instead, she got “One of these days,” a self-empowerment ballad.

Boris – 4.5 – “Well am I glad Azerbaijan returned to JESC for the sole purpose of serving us insipid melfest ballads nobody cares about. What would we have done without them?”

Connor – 10 – “What a simple yet effective ballad for Sona, and she has such a powerful voice! I’m ultimately so shocked by this entry because it possesses dynamics, effective mixing of English and Azerbaijani lyrics, and showcases her vocals so perfectly. I think Azerbaijan has really found the perfect song and singer combo with this one, and they will leave a significant impact on the contest for sure.”

James – 7 – “A refreshing absence of gimmick here, with a talented vocalist paired with a well crafted ballad that allows her to strut her stuff, but not require her to be a show off and run the risk of a bum note on the night of the contest. She has enough to move Azerbaijan into the top half, but even with some creative staging, the composition is not really that stand out in and of itself.”

Melanie – 6 – “Oof, Sona has an amazing voice. Really love how mature and deep it sounds. The song is beautiful, but it sounds very familiar. Like a song that I heard before. It’s just missing some kind of spark that make it stand out a little bit more. It’s sad, because there’s so much potential in Sona’s vocals. The song doesn’t do her any justice.”

Roy – 7.5 – “This could have easily been sung by a big artist. What Azerbaijan did really well is the mixing of the languages. The main line is in English, but it blends in perfectly with the rest. At the same time, it also really stands out and it makes it memorable. With strong live vocals and a good staging, this could really surprise a lot of people with how well it could do. All in all, a very good ballad from Azerbaijan this year!”

Stefan – 10 – “Anyone else getting Beyonce vibes? Certainly I am. So simple, so beautiful. This song is a proof that you don’t fireworks to win, as one singer we all know once said. Y’all know already that I am a sucker for a good ballad.”

Tyler – 8 – “The biggest strength for this song is the vocals on display in “One of Those Days”. Sona hits it out of the park with her range, and serves the ballad well. The video itself is simple but well executed, and really captures the mood of the song. I wish the song had a little more variation during it, or kept the song entirely in Azerbaijani, but I think the song will do well enough in Paris.”

William – 6.5 – “I mean, these vocals are no joke. If she sounds half as good live as she does on the studio track, Sona will be a force to reckon with. The song is very sleekly produced, if maybe a tad generic. There’s not really a moment that grabs me. I don’t catch myself singing the hook or humming along to this in my head much. Azerbaijan knows how to stage, though, especially with an entry like this. I have all the faith in the world that it will come alive on stage. But, for now, I’m undecided. Could go either way.”

Azerbaijan clocks in with an impressive average of 7.438, with both our resident suckers for ballads biting and giving perfect scores. Sona herself earns universal praise, though doubts remain about the staging, the composition, and whether this is the right contest for this sort of ballad.

Three countries in, here are our current rankings in editor scores:

What do #YOU think of “One of these days?” Do #YOU think December 19th will be Azerbaijan’s day of victory at Junior Eurovision? Let us know in the comments below, on social media, or in our forum.