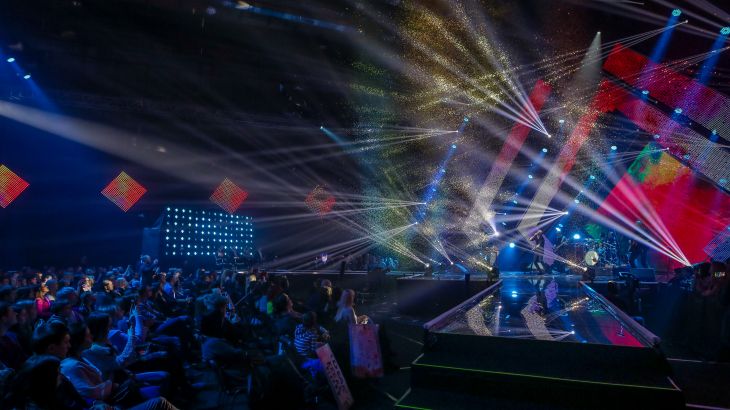 The Latvian national final Supernova is becoming one of the most anticipated events of the Eurovision calendar with its smart mix of sleek, modern production values, its sense of humour and its diverse, eclectic mix of songs fighting for the Latvian ticket. It seems that the competition is getting ready for another big year in 2019, with the official Instagram page @ltvsupernova sharing clips of today’s audition process!

Familiar faces are already back in the frame to represent Latvia in Tel Aviv, with Markus Riva and Miks Dukurs (both previous Supernova participants) among the acts taking to the stage. It also appears that the format of the competition will be fairly similar, with a panel returning to critique the performances.

#YOU can check out the footage and perhaps a sneak peak of some entries (available for 20 hours after the publication of this article) by checking out the Instagram story of LTV Supernova HERE, or alternatively check out their Instagram profile in its entirety.

Overall, 83 entries were submitted to the Latvian broadcaster for scrutiny, however it is currently unclear whether LTV will stick to a final tally of 21 in 2019.

While the online platform has not been used to help decide which entries should take part in Supernova early next year, it seems that we are approaching a reveal of the participating acts. It was in early December last year when we learned the hopefuls for Latvia, so fingers crossed that this schedule holds true this year too!

Latvia experienced a Eurovision renaissance in their first two participations since beginning the Supernova selection, with Aminata finishing 6th in 2015 and Justs reaching the final a year later. However, since then there have been two non-qualifications, with Triana Park finishing last in Kyiv 2017 and Laura Rizzotto failing to qualify earlier this year in Lisbon. Can 2019 return Latvia to the final, and could any of the acts profiled today take them there?

Who do #YOU want to see represent Latvia in 2018? Share your thoughts with us on our forum HERE or join the discussion below and on social media!