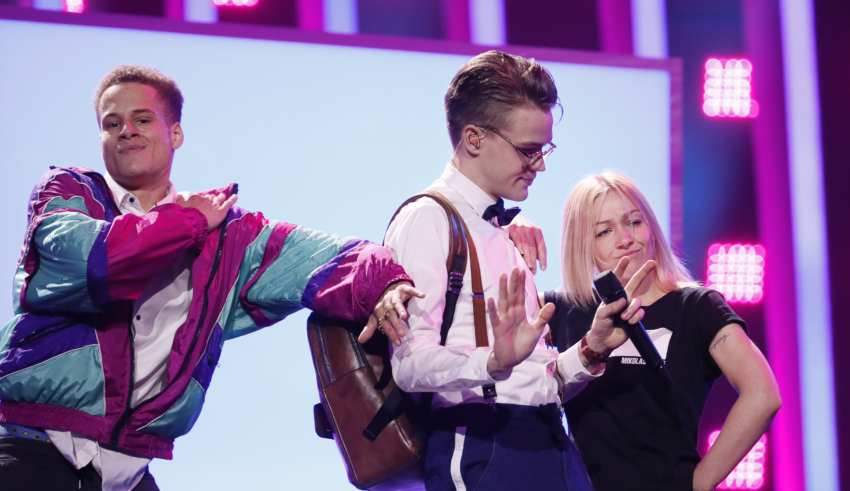 Injury prevention. When I am not captivated by all things Eurovision, this is my day job. As a researcher, epidemiologist, and professor at a university located in the Southern United States, this pays the bills and allows me to travel to Europe every other year for Eurovision.

Never did I think these two worlds would intersect. Sometimes, when teaching statistics, I would use examples from Eurovision just to break the monotony. But during the rehearsals at Eurovision 2018, I found the opportunity to discuss Eurovision in the context of the field in which I have immersed myself over the past decade.

Following Eurovision 2018, I crafted a short editorial that discussed the happenings of the rehearsals of Mikolas Josef (Czech Republic), from the first concern of injury after his flip, to the different messages being provided by the delegation and Mikolas himself (via Instagram), to reactions from various fanbases. After peer-review from other researchers in the field, the editorial was accepted for publication by the Journal of Athletic Training. This editorial was recently published in the September issue (which can be found here).

To my colleagues that work with athletic trainers, I made a call for “a shared responsibility to ensure the health, safety, and well-being of [all] participants, be they high school student-athletes or performers on the world’s biggest stage” (p.818).  Injury prevention works best when we accept and “buy into” the roles we all have to be held accountable for safety.

Although this editorial offered my peers an introduction to describing Eurovision and the “buy-in” to the culture of safety, in the context of Eurovision, this need for safety does not start or end with the specific happenings with the Czech delegation.  This is not the first time an artist hurt themselves on stage. And relevant to the 2018 contest, what I did not discuss in my editorial was the fact that this was the second contest in a row that an uninvited guest jumped the stage during a performance.

While the stage-jumper in 2017 did not interact with Jamala, the 2018 stage-jumper did with the UK representative, SuRie. Although the latter’s stage-jumper was protesting the UK broadcaster, the BBC, what if he had intended to cause physical harm to SuRie. Security likely could have stopped him, but after how much damage? For SuRie, surely they must have been some emotional scars that hopefully have worn off as time has gone by.

As we approach Tel Aviv in 2019, the push for safety must come from all of us.  We must advocate for the safety and protection of everyone who will come to celebrate the 64th edition of the song contest. Whether we are on-site at Expo Tel Aviv or watching from our homes, we are responsible for the well-being of the Eurovision community. I believe that we have the right to be critical of the EBU and their accompany host broadcasters if this potentially dangerous trend continues.

However, we must also be responsible in our calls for safety. We cannot call for safety and concurrently, minimize the severity of injuries that the artists sustain. At Eurovision 2018, this was seen with one faction of fans accusing the Czech delegation of downplaying how serious Mikolas’ injury was, and another accusing the Czech delegation of seeking a sympathy vote by focusing on the injury. As noted in a previous editorial, we have a duty to be responsible fans and members of the Eurovision community.

Zack’s Eurovision editorial in the Journal of Athletic Training can be found HERE.