Home 2021 Måneskin: Ethan, Thomas, and Victoria Get Their Revenge in ‘MAMMAMIA’ Music Video 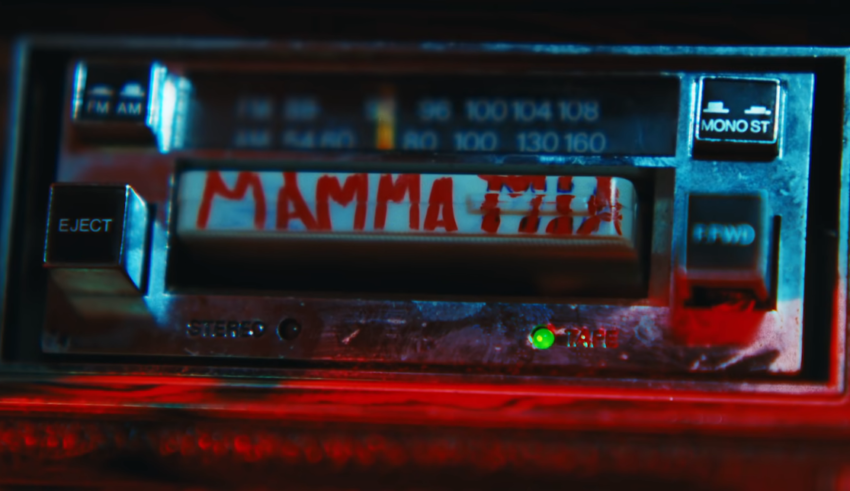 The music video for the Italian glam rock band’s new single, ‘MAMMAMIA’ dropped today. Directed by Spanish filmmaker Rei Nadal, the cheeky video shows Damiano being murdered by Ethan, Victoria, and Thomas in three different scenarios. But lest you think the subject matter is too dark, the video contains all the wit, grime, and sex appeal that has come to be associated with the band’s creative output.

As befitting the current reigning Eurovision champions, Måneskin worked with the very best behind the scenes talent on the ‘MAMMAMIA’ video clip.

The production company behind the video, Prettybird, has previously worked on a number of notable music videos, including Beyoncé’s ‘Formation’ video and the remixed version of Lil Nas X’s ‘Old Town Road’ featuring Billy Ray Cyrus. Nick Cerioni, the on-set stylist, has worked regularly with Måneskin and Sanremo-favorite Achille Lauro.  He is notably responsible for the band’s nude illusion looks worn at the finale of Sanremo 2021 (see right). Bosnian-born art director Soraja Cehic has worked on campaigns for Prada, Gucci, and Armani. Pro-makeup artist Chantal Ciaffardini has a successful career working with fashion brands and even did Levante‘s makeup during her tenure at Sanremo 2020 with the song ‘Tikibombom’.

Director Rei Nadal is a Spanish-born, London-based experimental filmmaker and commercial director. She previously directed music videos for the likes of Primal Scream and Mickky Ekko and has created fashion editorials for V Magazine, Burberry, and shoe designer Nicholas Kirkwood. For more information about her work, visit her website.

She celebrated the release of the music video in an Instagram post, proclaiming her love for all four members of the band.

As of publication, the video for ‘MAMMAMIA’ has amassed over 800k views in just three hours. Måneskin’s worldwide victory tour shows no signs of slowing down.

How many times have #YOU watched the video? Only that many? #YOU need to catch up! Sound off in the comments below, in our forum, or on social media @ESCUnited.