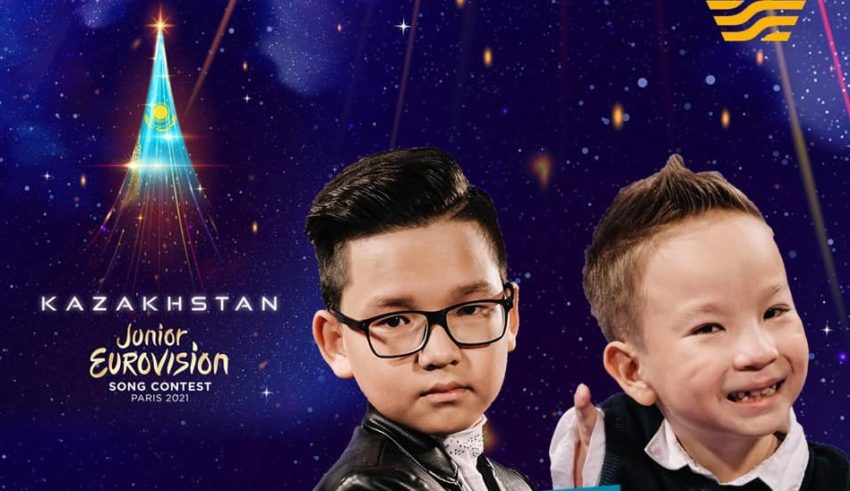 Another country has crowned its champion(s)!

Kazakhstan’s national final for Junior Eurovision 2021 was held today by national broadcaster Khabar TV. The winner, determined through a combined score of jury and televote points is … Khazmin Alinur Azamatovich with ‘Ertegi alemi’ or ‘World of Fairytales’.

But there’s a twist. After the public and jury votes had been counted, there was tie for 1st place. Also receiving 30.5% of the points was Beknur Jánibekuly with the song ‘Human’.

After discussion between the professional jury and songwriters, it was decided that both boys would compete at Junior Eurovision this year, dueting on ‘World of Fairytales’. That song finished 1st with the juries, while ‘Human’ placed 9th.

8-year-old Beknur Jánibekuly is no stranger to the spotlight. Earlier this year, he made headlines when he was gifted a set of prosthetic arms built completely out of LEGO.

Andorran inventor David Aguilar, who also has an underdeveloped limb, is in the Guinness Book of World Records for designing a motorized, fully-functional LEGO arm for himself. Beknur was born without fully developed arms and legs, and when David Aguilar heard about his story, he flew Beknur and his mother to Andorra to try out his newest invention.

The LEGO prosthetics gifted to Beknur only cost $18 to make, but give him the ability to grip and pick up objects.

Kazahkstan has been a powerhouse at Junior Eurovision since first entering in 2018. Notably, the country came in second place in both 2019 and 2020. Karakat Bashanova’s ‘Forever’ finished just behind Valentina’s performance of ‘J’imagine’ at last year’s contest in Warsaw.

Do #YOU think this could finally be Kazakhstan’s year to secure a Junior Eurovision victory? Where does this song rank for #YOU among the already announced entries competing at this year’s contest in Paris? Sound off in the comments below, in our forum, or on social media @ESCUnited.