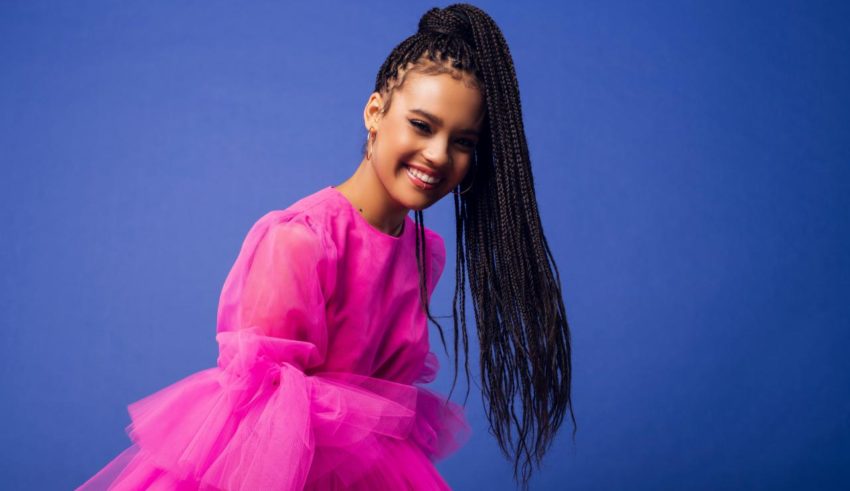 It’s 2 days to go until Junior Eurovision 2021, and we are counting down the 19 nations participating in Paris on Sunday, December 19, 2021.

Today, we look at recent JESC powerhouse Poland, who should be inspirations to countries whose first results at JESC have been horrible.

Poland was one of the countries in the very first Junior Eurovision in 2003. They came last. Poland re-upped in 2004. They came in last. Poland took this as a sign, withdrew, and would not return until 2016.

She screamed it from the top of her lungs and delivered Poland’s win at Junior Eurovision. And until one Carla and “Bim Bam Toi,” Wegiel ‘s official video was the most watched video in Junior Eurovision history.

Viki Gabor repeated the trick for Poland in 2019 with a crushing win, becoming the first host nation to win JESC and the first to win two in a row, with “Superhero.” Gabor’s win came on the back of some stellar televote numbers (Kazakhstan won the Jury vote), and Poland will be hopeful again that Polish viewers come through for them.

Poland decided to bring back their national selection from 2019 and 2020 for 2021. On June 5th and 6th, 2021, Polish broadcaster TVP held auditions and found 21 aspiring contestants.

Over three Semi-Finals, these 21 contestants were winnowed down to three. In each Semi-Final, seven contestants performed covers, with three jurors made up of Polish music experts and Eurovision / Junior Eurovision past participants.

For the Grand Final, each singer was paired up with an original song, two of which were written by Gromee and Sara Chomiel-Gromala (Gromee’s wife and co-writer on “I’m Still Standing”).

It was the song not written by them that got the nod to represent Poland at Junior Eurovision 2021: “Somebody,” by Sara Egwu-James.

Sara Egwu-James (entered into the Contest as Sara James) was born on June 10, 2008 in Słubice, Poland. Of both Polish and Nigerian descent, Sara has been performing in local talent shows and contests since she started learning the piano at age 4.

Sara is battle ready for JESC, having just come off of winning Poland’s franchise of The Voice Kids.

“Somebody” is a positivity ballad aimed at people who may be feeling down. Those people are somebody, they matter, they don’t have to face their demons alone.

Dominik Buczkowski-Wojtaszek and Patryk Kumór return for another try at Junior Eurovision, having already tasted victory as co-composers (with Małgorzata Uściłowska – a.k.a. Lanberry) of Viki Gabor’s “Superhero.” They also co-wrote “Empires,” which was Alicja Semplinska’s entry for the cancelled Eurovision 2020.

Patryk Kumór is also a keyboardist who has performed in metal bands, primarily progressive metal band Division by Zero and symphonic black metal band Darzamat. Kumór, performing under the name Specter, was the keyboardist and chief arranger on Darzamat’s 2005 album “Transkapartia.” Those interested in the early state of blending symphonic and orchestral elements with extreme sub-genres such as black metal or death metal will get a kick out of this album. Though Septic Flesh, Carach Angren and Fleshgod Apocalypse are the big names in the symphonic metal genre these days, Darzamat is a well-known and underrated symphonic metal band who bridge the sound between the present and the sounds of Dimmu Borgir and Cradle of Filth.

Jan Bielecki and Tom Martin round out the writing and production team.

With the background out of the way, here is what we at ESC United think of Poland’s entry for Junior Eurovision 2021.

Boris – 8 – “I fully expected “Somebody” to drop off with consecutive listens because I prefer imperfect to perfect, but I actually like it more each time I tune in. That’s an excellent indicator for its quality, I think. Sara and her song are legit very good (and possibly winning) which makes the lack of acumen in Poland’s adult Eurovision entries even more baffling.”

Connor – 9 – “Poland is taking no prisoners for a fourth year in a row, proving that they can do a killer revamp AND select an amazing singer via a national selection. My favorite part about this song is that the song’s first chorus is in Polish and then the second chorus flips to English. They made a magical experience out of this, and I know that they too are going to kill it with the staging. Also peep one of Viki Gabor’s signers in Gliwice in the music video!”

James – 9 – “Poland is not playing, and though there’s other strong contenders at JESC to rob the air of invincibility and inevitability that Viki’s “Superhero” had in 2019, “Somebody” is signaling once again they intend to hone in on victory with a powerful anthem aimed at pre-teen, early teen girls. And once again, they found a charismatic, charming performer to deliver.”

Melanie – 9 – “When Sara James won her national final, I was convinced she was going to bring Poland their third win. Somebody is such an anthem and Sara is an amazing artist. I’m just sad that Poland was one of the first countries to reveal their song, because I’m getting a little bit bored by it. The song is just so addictive and it kept me listening. I just listened a bit too much to this song. However, people who are viewing the show will probably listen to the song for the first time and will also feel the winner vibe. Such a promising artist and hopefully we will see her also representing Poland at the regular Eurovision Song Contest.”

Roy – 7.5 – “Poland just understands Junior Eurovision like no other ever since their win. This song is definitely in it for another win for them this year. The beat is lovely and danceable and Sara’s voice is incredible! My biggest issue is that it also kind of sounds a bit like it would be the intro-song to the entire competition. The beat is just a tad underwhelming and a tad too inoffensive for me. Other countries in comparison have a way more compelling beat to it. Sara and her voice are definitely the biggest factors as to why this might outperform other songs that are in a similar ballpark.”

Stefan – 9.5 – “Sara sound so much better live than in the official video so I don’t have to worry, I’ll just keep my fingers crossed for a creative performance, with some fireworks waterfall. Even though it’s not my ultimate favorite, I am secretly hoping Poland will win.”

Tyler – 7.5 – “”Somebody” is a good song, and Sara James sings the song well and shows off her vocals in a way that is quite nice and proves that Poland is a powerhouse in JESC. That being said, I don’t know if the song works for me as well to stand out as much of the others. The song is good though, but not catchy enough for me to remember as well as some of the others. A solid effort.”

William – 8.5 – “Never bet against Poland at Junior Eurovision. Vocally, Sara is pretty unimpeachable. Watching her winning performance at the national final, she has such an ease on stage. Her confidence is palpable. She’s one to keep an eye on. We could see her at Eurovision someday soon. I’m not totally blown away by the song. There’s nothing surprising or especially unique about it, but it’s a really solid pop composition. The staging potential is endless, and I trust Poland to bring out its very best bells and whistles. Would not be surprised at all to see Poland clinch another victory.”

This could be an omen for Junior Eurovision 2021. Despite no individual reviewer naming “Somebody” as their best entry, it was still enough to average 8.5 points and get into second. Could “Somebody” be that second or third pick for online voters that sneaks into victory? A dazzling live performance combined with a wobble for other top ranked acts like Italy, Armenia, France or Spain could see Poland join Georgia on three JESC titles.

Fourteen countries in, here is how ESC United has the entries ranked.

Do #YOU think Sara James is “Somebody” who can bring Poland a third victory at JESC? Let us know in the comments below, on social, or in our forum.