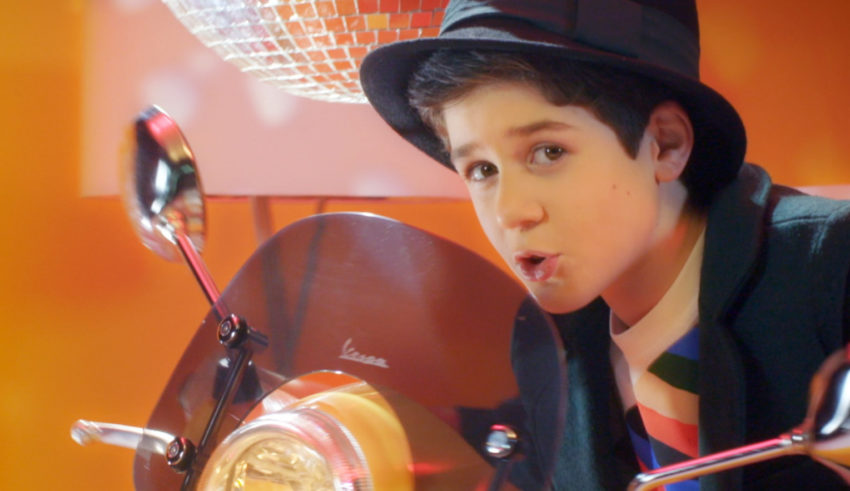 It’s 7 days to go until Junior Eurovision 2021, and we are counting down the 19 nations participating in Paris on Sunday, December 19, 2021.

Georgia will appear for a 14th consecutive time since their debut in 2007. With three victories, Georgia has the most wins at Junior Eurovision. Their first victory was the group Bzikebi with “Bzz…”

Georgia also have two second place finishes in 2012 and 2017. Unfortunately, Giorgi Rostiashvili came in 14th in 2019 with the David Evgenidze penned “We Need Love,” Georgia’s lowest ever finish at JESC. Georgia improved in 2020 with Sandra Gadelia’s “You Are Not Alone” coming in 6th, but viewers of the contest were saddened to see her by herself in the green room as it turned out one of her entourage had tested positive for COVID. A moment that is supposed to be an early triumph and happiness for a kid, and she is forced to view the scores rolling in on her song “You Are Not Alone” while being alone. A heartbreaking moment.

For the fourth year running, it was trial by Ranina for ten aspiring young Georgian performers. The wildly popular selection features ten kids doing four “tours” of some combination of duets with famous Georgian singers, covers of Disney or children’s classics, and leading ensembles such as Shavnabada and The Quintessence.

Nikoloz Kajaia narrowly edged out Gega Shonia and Barbara Makhatadze in the Grand Final, whose jurors were Sopho Khalvashi (Georgia’s first ever Eurovision representative), Davit Evgenidze (the famed Georgian composer who always shows up in a bandanna), and Beka Gochiashvili.

Niko Kajaia is a ten-year-old aspiring singer from Tbilisi. He is into sculpting, and if singing doesn’t work out, he wouldn’t mind falling back into being President of Georgia.

Georgia mix it up this year. It’s a quirky jazz tinged number with a memorable dance routine, but this year Georgia uses French as its second language.

Giorgi (“Giga”) Kukhianadze returns as composer. He composed “Bzzz,” “Candy Music,” and “Mzeo.” Yinz spot the pattern? Yes, Kukhianidze is behind all three of Georgia’s past winners at Junior Eurovision, and seven others, including “You are not alone” from 2020.

With the background out of the way, here is what we at ESC United think of Georgia’s entry for Junior Eurovision 2021.

Connor – 9 – “Niko. Is. So. Adorable. And this entry is Georgia once again showing that they understand the Junior contest better than they do Eurovision. One of Niko’s greatest assets is that he has that awkward stage presence where he sways and wiggles as he sings, and Georgia said “Let’s give him a song where that quirkiness works alongside the song we give him.” Georgia might be one to watch out for, because he could sneak up behind some favorites out of nowhere!”

James – 10 – “Georgia have sent another charismatic weirdo. This one, though, has an infectious smile and goofiness, and his dance routine is majestic in its awkwardness compared to a slicker performer like France’s Enzo. There’s a free spirited kids run amok vibe to “Let’s count the smile,” and isn’t that the vibe you want at Junior Eurovision?”

Melanie – 7 – “This is so adorable. It really feels authentic and I love the way he dances in the music video. It’s weird, but in a good Dadi Freyr kinda way. Like, there’s no way that you can hate this guy, right? The song is a masterpiece, but I think that there are better songs in this competition. Nevertheless, Niko is selling this song with his charismatic personality. I just want to adopt him, is that possible?”

Roy – 7 – “The embodiment of old-school junior Eurovision fun with a modern production! It is still possible! This is exactly the type of song that I would have wanted to have if I were to compete when I still was of an eligible age. Niko seems to be completely in his element and I am pretty sure that he will deliver an incredibly fun performance as well! Is it competitive though? I don’t know, maybe not immediately, but maybe a lot of kids will see the fun in his performance and song and vote for it!”

Stefan – 6 – “OMG… I love his dance moves. And the rotary phone… I bet he didn’t have any idea how to use it. Without looking at the title I would’ve immediately guessed it it’s Georgian entry. I wouldn’t be surprised if this wins out of nowhere.”

Tyler – 9 – “This song is just fun. The instrumentation and the music itself is interesting and keeps changing all for the better. It leaves me engaged in the performance and even if I find that Niko is a little too quiet for the song, the vibes are great with this. Reminds me of the music I enjoy listening to outside of the contest, and I really hope this does well. This could do well in the televote if it captures the viewer’s imaginations as much as it did for me.”

William – 8 – “God bless Georgia. It is fearless. No other country in Junior Eurovision would send this kind of Mikolas-Josef-meets-Dadi-Freyr jazz funk pop. It’s refreshing to see an entry that isn’t trying to be too adult and slick. This is goofy. This is cute. This is childish, in the best way. And Nikoloz is totally game! I can’t wait to see what Georgia has planned. I could see this winning just as easily as I could see it coming last. But what else can we expect from the country that once won the contest with three minutes of bee noises? I approve.”

Just a hair under an 8.0 average, Niko comes in with an impressive 7.938. This puts him in third so far in our Annual JESC review, and is only held from the top spot by two strong entries by neighbors Armenia and hosts France.

Six countries in, here are our current rankings based on editor scores:

Do #YOU think Niko’s “Let’s Count the Smiles” is Bzikebi JESC winning weird, or Tornike Kipiani level weird? Let us know in the comments below, in our forum or Discord, or on social media.