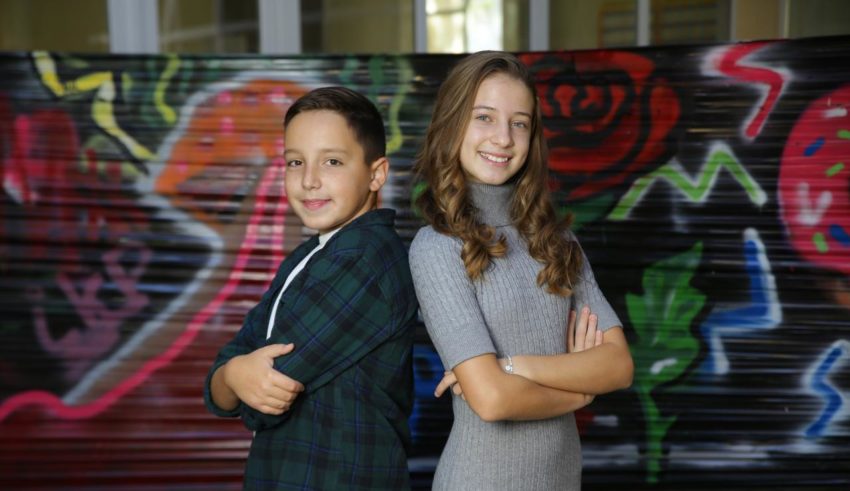 It’s 9 days to go until Junior Eurovision 2021, and we are counting down the 19 nations participating in Paris on Sunday, December 19, 2021.

Today, we’re looking at Bulgaria, a country that should have been sponsored by In-n-Out they have popped in and out of the contest so much over the years.

Two years after the adults debuted at Eurovision in 2005, Bulgaria entered their kids in 2007’s edition of Junior Eurovision. Bon-Bon came 7th with “Bonbolandiya,” but on their sophomore attempt, Krastyana Krasteva came 15th and last with “Edna mechta.”

Bulgaria skipped 2012 and 2013. This time the return was more dazzling, with Krisia, Hasan and Ibrahim coming in 2nd, Bulgaria’s best showing at the contest, with “Planet of the Children.”

Two 9th place finishes followed in 2015 and 2016 before Bulgaria withdrew again, returning from the cold in 2021.

North Macedonia’s Eurovision 2021 entrant Vasil Garvanliev caused a minor kerfuffle prior to the contest when an art installation in the official video for his entry, “Here I Stand,” was mistaken for a Bulgarian flag. He had absolutely nothing to apologize for, but imagine how big the drama would have been had it been known at the time that Vasil would write the Bulgarian entry for Junior Eurovision just a few months later.

Again, nothing to apologize for as Vasil is himself part-Bulgarian, but he was part of the Bulgarian announcement of their return to Junior Eurovision, with Denislava and Martin being internally selected to perform “Voice of Love.”

Denislava Dimitrova and Martin Stoyanov are two child performers from Dobrich, Bulgaria, who have been performing together in festivals and concerts for four years now. They are also being supported financially by the municipality of Dobrich, another move we have seen Bulgaria pull in recent years to creatively finance their Eurovision entries.

Voices to lift you up and carry away your pain? Those could only be sentiments found in a Vasil Garvanliev composition.

Vasil is joined by classically trained pianist and composer Davor Yordanovski, North Macedonian songwriter Vesna Malinova (who has composed for Eurovision 2011 entrant Vlatko Ilievski, among others), and Stan Stefanov.

Boris – 1 – “Vasil Garvanliev needs to be BANNED from music.”

Connor – 5 – “Oh lord….it’s like I want to like it because it’s so cute and innocent, and you can REALLY tell that Vasil was involved with this entry. However, all the momentum that the entry has for being just fine gets immediately lost when the English chorus come in. I feel very ambivalent to this song truthfully, I think if it was more than just two singers I might connect with it more, but since it’s just a duet the chords aren’t as impactful until the very end. Bulgaria came and they really tried, but in a strong year this… might not cut it I’m afraid.”

James – 7 – “Vasil is too good for Eurovision. He gets ripped constantly for just wanting to fill the world with love, laughter, and song. His naivete ensures he will be crushed at populist shows such as Eurovision, and so it will go with his Bulgarian proteges Denislava and Martin. If anything, they could do with more of his bombast to let this song soar, but also a touch more editing to rein in some of his ideas once they start running amok towards the end. And some of the notes asked of these kids pose a risk live, as Vasil is probably as hard a taskmaster on his proteges as he is on himself, and may have overly ambitious plans for them.”

Melanie – 5 – “Bulgaria is definitely bringing me in a Christmas mood with this song. I love the harmonies of Denislava & Martin. They just sound like two angels descending from heaven. It’s cute, it’s sweet and has every potential to be a Christmas hit in Bulgaria. However, it’s something I only would listen during Christmas while drinking some hot chocolate with friends. Anyway, love the message of the song and hopefully they can prove me wrong in Paris.”

Roy – 3.5 – “Yeah, their comeback isn’t really what I had hoped for. Ever since they came back in adult Eurovision they stepped up their game and went for a more modern approach. It seems like they forgot to continue that line into Junior. The end result: a dated ballad that doesn’t do anything for me. The instrumentals do nothing to elevate the voices and in the ending they decided to add an adult choir. The tralalalala is just a bit annoying as well after a while… I really hoped for more Bulgaria…”

Stefan – 5 – “This how most people would imagine a children song. My heart is literally melting when they sing TRALALALA, so cute, so adorable. I already know that we’re getting a cheesy performance, but it sure goes with a song like this. Still, I am not sure they will do well in Paris.”

Tyler – 6 – “”Voice of Love” feels like the most Disney-like song released this year, which could be a good or bad thing depending on your tastes. Denislava and Martin sing the song well through all of the cheery and uplifting notes as they talk about love. The song feels too much like a charity song from the 80s and 90s in some ways that makes me not like it as much, but I think the song overall is still good.”

William – 4 – “Denislava and Martin clearly have a lot of experience performing together. Their harmonies are rock solid. Some of the high notes and vocal acrobatics are, I think, asking too much of Martin. Those aren’t songwriting choices I would make for most 13 year olds, especially not 13 year old boys. Bulgaria has two talented kids here. I just wish it had given them a song that highlights their strengths a bit more. The song itself is very Disney. I love the wind instruments in the mix. Good staging is a must for this entry. Hoping the delegation has inventive plans.”

Four countries in, here are our current rankings based on editor scores: