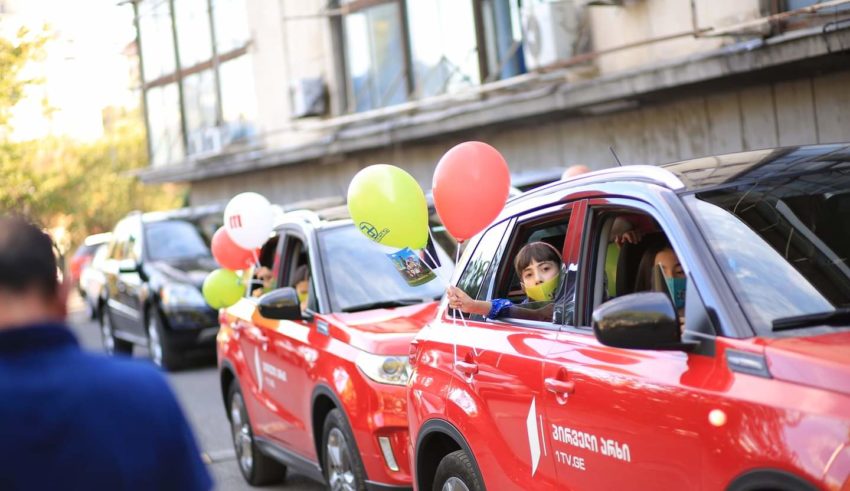 It’s been a very busy week in the world of Junior Eurovision with the 13 final countries named (though that is subject to either increase or decrease), the format of the contest being fleshed out for a world still coming to grips with economic and viral calamity, Spain announcing their entrant and Ukraine’s national selection winner being announced five days early.

As such, here’s a brief rundown of the three news stories to cap off a hectic week.

After a months long delay, the much anticipated third season of Georgian children’s singing contest Ranina, which is also the method of selection for Georgia’s entry into Junior Eurovision, got underway.

Five kids performed in duets with established Georgian performers for the First “Tour”, with the judging panel each giving scores out of 10 in four categories relating to the performance, including vocal technique. The remaining five performers will continue next week at 10 p.m. Georgian Time, Friday, February 18, 2020.

The following duets were performed and listed here in order of score:

The Top 5 will proceed to the Ranina Semi-Final, with a Grand Final with three being held thereafter. The song will be internally selected soon.

Since Spain’s return to Junior Eurovision last year, the Iberian nation has not heard about the relative unfairness of bringing a gun to a knife fight.

Last year, Spain brought the talented opera singer in training in Melani Garcia, and this week Spain unveiled Soleá Fernandez Moreno, a 9-year-old performer who is the latest to come from Spain’s famed Farruco family, known primarily for dominating flamenco dancing from the 1950s to the present. Soleá is the great-grandaughter of the great El Farruco.

Born June 19, 2011, Soleá got to work in the family business very early, making a singing debut in 2014 at a Farruquito y Familia show in her native Sevilla, Spain. Soleá is making her name as both a pop singer and flamenco dancer, so don’t be surprised to see her family heritage make its way into her entry, even if 2020 presents her with a relative disadvantage in having to perform in an RTVE studio versus an auditorium with an audience of thousands in Warsaw.

Her song is currently being worked on and will be released shortly.

Remember when Ukraine said they’d have a national selection on Saturday, September 12, 2020? Yeah, well they will, but they decided to release the name of the entry that had won the online public voting from September 5, 2020 to September 7, 2020 by such a landslide that the jury vote would be irrelevant.

Oleksandr Balabanov, born July 5, 2006 in Donetsk, Ukraine, will represent the land of his birth with “Vidkryvai (Open).”

This is the list of jurors responsible for the 50% of the vote were:

Do Solea or Oleksandr impress #YOU? Which of the Georgian kids do you feel would be best able to take them on? Let us know in the comments, on social media, or in our forum.