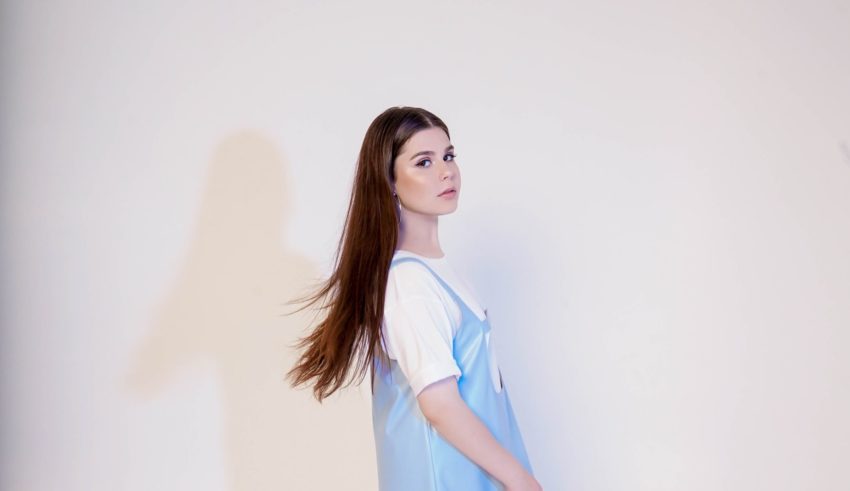 It’s 11 days to go until Junior Eurovision 2020, and we are counting down the 12 nations participating in this year’s remotely held and Warsaw, Poland hosted contest on Sunday, November 29, 2020.

First up we check out Belarus, a country whose performance at Junior Eurovision has been the funhouse mirror opposite of their form at the adult version of the contest, and who arguably endured the most political turmoil of any country remaining in this year’s contest.

But that is Belarus’s jam – slickly produced and staged numbers that puzzle you, and while puzzling you, get you to hit the phone lines to vote. Belarus has only landed in the bottom three times in 16 attempts, so the delegation knows what it’s doing. Additionally, they also have one 2nd place and two 3rd place finishes. Daniel Yastremski’s “Time” was 11th in 2018 and Liza Misnikova’s “Pepelny (Ashen)” matched that in 2019, and that is the second lowest placement for Belarus.

You may have heard that Belarus had an election this summer and that the results were “controversial,” to use a politically charitable phrase. Now normally we would not delve into the politics of a participating nation if we can help it, but the election results and the protests against Belarus’s President Alexander Lukashenko resulted in a strike at Belarus’s broadcaster BTRC and the channel TVR.

Belarus’s Eurovision 2020 representatives VAL were ceremoniously refused participation for Belarus at Eurovision 2021 due to their vocal part in the protests, and many of the artists who would have made up the jury for Belarus’s Junior Eurovision 2020 national selection decided to vote with their feet and leave BTRC offices instead.

Many expected Belarus to opt out of Junior Eurovision 2020, especially considering everything else going on this year (hint: looks like a rubber dryer machine ball), but evidently Belarus’s participation record matters in Minsk, so Arina Pehtereva was internally selected and will perform “Aliens” at Junior Eurovision 2020.

Arina Pehtereva was born on March 14, 2008 in Mogilev, Belarus. In what will become a theme in this year’s contest, Pehtereva performed on her nation’s version of The Voice Kids.

Additionally, she came in 5th in Belarus’s 2019 Junior Eurovision selection with “Never Again.” She also teamed up with Anastasia Dmitrachkova in 2017’s edition, coming in 8th with the duet “Музыка-Вселенная (Music Universe).”

“Aliens” is written by composer and lyricist Daniil Zabela, also of Mogilev. Lyrics are in Belarussian and English.

Sadly, the song is not an ode to Ellen Ripley, but is about how we have become so disconnected from each other and our planet to have become alien.

Connor – 7 – “You know I wasn’t sure how I would feel about this song when it first started because it takes a moment to really wind up. But once the chorus starts I’m completely captivated. There is something about this song that is absolutely amazing – she’s got great tone, power, and presence. Also I love how we get Belarussian rap, what a unique treat! It will be very interesting to see this translate to the stage….it could either go well or fall very very flat with poor camera work and staging.”

Daniel – 9.5 – “This screams Soviet pop (that cool modern pop vibe with heavier bass instrumentation and strings) and I absolutely love this about it. I think that it has such as punk to it as it starts as this interesting ballad that evolves into a R’n’B with a break and then into a Rock Ball AF for the ages. I love the journey so much, this song can teleport me to Mars.”

James – 8 – “The composition is well done, starting off slow with a simple music-box like riff, then adding a guitar in the second verse. Then the bridge hits, totally changing it up with Arina rapping in Belarussian before launching into a bombastic entreaty for us all to come together. A nice touch with the soft outro as well. The lyrics (overall) tell a story of dark transitioning into light with the music evoking a similar transition from despair to hope. There’s some clunkiness in specific lyrics and pronunciation (did she sing “we are lucking?”), but it’s minor and doesn’t distract in a major way.”

Melanie – 8 – “I seriously think that Arina Pehtereva is the best Belarussian entry ever sent to an Eurovision stage. It serves us drama in a well-produced song that drowns the listener immediately in the story of Arina Pehtereva. Very well written-lyrics and her voice is amazing. I’m happy that Arina finally got the chance to represent Belarus with this song, because this has winner potential all over it!”

Roy – 8 – “The benefit of Belarus going internal this time is that they could take proper time to set up a good time around Arina. They really listen to her voice and sound and wrote the song with and around it. I will say that I think they could have done a bit better making the beginning of the song more interesting. Yes they made an epic build, but I think a bit shorter could have done. Especially because there is this breakdown where she shows more of her versatility and goes towards rap where the beat switches to a trap beat and morphing all of the previously used sounds slightly to make it stand out. Very class act from Belarus, I am not sure if it will win it all, but it could most certainly be considered as a strong underdog in my eyes! Fingers crossed for an epic staging and who knows? I’m impressed!”

Sean – 7 – “Junior Eurovision countries, PLEASE take note! THIS is how you give a young artist a platform to showcase their voice and passion without it being totally boring and over-manufactured! I could have done without the almost rap-like part but this dramatic piece wouldn’t sound out of place in the adult contest. A stellar (heh) performance and this could be picking up the title.”

Right, six opinions in totalling 47.5 points with an average score of 7.92. Though Belarus is our first country reviewed, 7.92 is a very strong showing (typically anything above a 7.0 is a consensus that we have a solid entry on our hands).

Tomorrow, we will take a look at France as we continue our countdown to Junior Eurovision 2020.

Do #YOU agree with our editors’ reviews of Belarus? Do #YOU think Belarus has a dark horse for the win? Let us know in the comments below, on our social media, or on our forum.

Georgia: Tornike Kipiani to perform “You” at Eurovision 2021