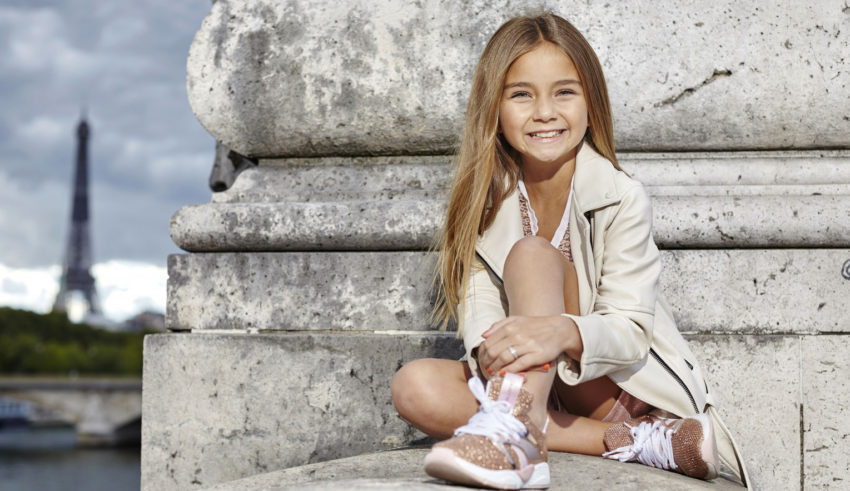 It’s 10 days to go until Junior Eurovision 2020, and we are counting down the 12 nations participating in this year’s remotely held and Warsaw, Poland hosted contest on Sunday, November 29, 2020.

Today we take a look at France, a country that came in from the cold in 2018 and excelled, set the Internet on fire in 2019, and looks to finally get that elusive win this year.

Believe it or not, 2020 is only France’s fourth tilt at Junior Eurovision. They debuted in 2004 with Thomas Pontier’s “Si on voulait bien,” came in 6th, and then vanished.

Until 2018. And when they came back, they meant business, coming in 2nd with Angelina’s “Jamais Sans Toi.” How does a country that seems to half-ass it at the senior version suddenly come out of the blue and decide to go full murder-dozer on the competition at Junior Eurovision 2018?

Though Carla’s “Bim bam toi” only came in 5th at Junior Eurovision 2020, it went on to become a huge viral hit in France after the contest. In December 2019, Juju Fitcats laid down a “Bim bam toi” challenge on TikTok, where users upload videos of themselves lip-synching to the song. As of time of publication, “Bim bam toi” is also the most watched Junior Eurovision video of all time with 69 million views (winner Viki Gabor’s “Superhero,” by comparison, comes in with 21 million), overtaking Roksana Wegiel’s 2018 winner “Anyone I Want to Be.”

As usual and for the third year running, France’s Head of Delegation Alexandra Redde-Amiel handled the internal selection of Valentina Tronel with minimum fuss and minimum drama, all while selecting a well-known French youth that would generate excitement with the French public and shrewd use of social media.

Surprise! Another The Voice Kids contestant arrives at this year’s contest in Valentina Tronel. And as with prior contestants Angelina (2018) and Carla (2019), Valentina has also already amassed a large following in France.

Born on April 6, 2009, Tronel is the youngest member of the current Kids United troupe, whom she joined in 2018. Kids United is a group of five kids supervised by famed French singers Hélène Ségara and Corneille and formed to support UNICEF campaigns since 2015.

Tronel will be singing “J’Imagine.” Unlike Thomas Leeb earlier this year, Tronel will not be offending any French politicians by singing any English in this all French song. Though Angelina and Carla had catchy French choruses, this one is even simpler with “la la la” and “na na na” galore.

Igit also tried out for France for Destination Eurovision 2018, coming in 5th with “Lisbon Jerusalem.” He was also a semi-finalist for France’s franchise of The Voice Season 3. Pravi is a singer-songwriter in her own right with two albums to her name in the past couple of years.

Connor – 6 – “Leave it to France to send the cute entry this year, which is quite the snap back from Carla’s modern pop entry from 2019. It’s 100% a feel good Parisian centered song and I’m sure it will be an interesting staging live – it is France after all. That said this song really does stick out of the pack and I’m not completely sure it’s a good thing, as the track overall is a little lacking. I think the more mature sounding entries could possibly eclipse this unless the cute factor wins over voters.”

Daniel – 7 – “What is it with France bringing this songs with personality and spunk. It is such a refreshing song for its positive energy and its laissez-vivre ambiance. It very much is a JESC song which might serve it very well. It really also has a wonderful opportunity to use staging to help recreate her imaginative world and I love that it really brings a happiness to a sea of more serious songs.”

James – 6 – “After the roaring success of 2018 and 2019, France seem to have muddled the two into their 2020 entry. You have the child-like sentimentality of Angelina’s superb “Jamais Sans Toi” and the energy of Carla’s equally superb but different “Bim Bam Toi.” The result sort of fizzles somewhat here, and with all the la la la and na na na loses some of the uniquely French identity the other two had. And I am concerned that the cutesy factor of this song may make it lose some of the kid cred the other two had and helped propel them to strong finishes. It’s a solid entry, but feels like a disappointment coming right after two of the best non-winning JESC entries of all time.”

Melanie – 9 – “I have to say this: France is my winner this year. This has everything what I’m looking for in a Junior Eurovision winner. From the first moment I heard this song, I just knew this would stick in my head for days. The “Oups” and lalalalalalala J’imagine” parts are just super adorable and believe me, you are going to sing this every day after hearing it once. It’s the most contagious one out of the bunch and absolutely written as a great child song. Valentina just deserves to win this year and I’ll be sad if she doesn’t win.”

Roy – 6 – “This is more than a fine song for Junior Eurovision, the French team did an incredible effort to make their Junior stars shine at another edition of the contest. They really made sure the production of the song is top-notch and feel rich throughout. I also think they are storming towards another great result. My issue is that the song feels rather shallow and overly lies on the “cute” factor of the entire act. I feel like the many La’s and Na’s could appeal to kids, but it is just a bit too much for my liking. I also feel like the final end of the song isn’t strong at all. It just feels like they didn’t hit close enough to the 3 minutes mark yet and therefore kind of did a half-arsed effort to extend it to that length. The song is fine and definitely a great start to Angelina’s career, but I just feel like there is something left to be desired here…”

Sean – 6 – “Did France somehow send the same girl three times in a row? It certainly feels like it… this song certainly captures the happy vibes of Junior Eurovision well and it’s a catchy track, but it doesn’t have the oomph or engagement of previous French entries.”

France ran away with ESC United’s Junior Eurovision votes in 2018 and 2019, and it doesn’t appear they’re third time lucky with us. “J’Imagine” totals 40 points for an average score of 6.67. Curiously, 4 of our 6 editors scored it a 6, which could pose a problem for France as songs that universally score a medium score of between 5 or 7 tend to end up in a dreaded zone of indifference – sure, no-one hates the song, but will enough people be bothered to name France as one of their three televote picks?

On the flip side, Melanie scored it a 9, and as she is the youngest editor and the only one of us who is not a miserable bastard, ESC United could be, in the aggregate, missing a key and more silent fan demographic who may turn out in numbers on the day of the contest and spring a major surprise.

Tomorrow, we will head to Georgia, a country that revels in sending exceptionally talented singers on songs that are mad as badgers to both junior and senior versions of the contest.

Do #YOU think Valentina can do one better than Angelina and Carla and win JESC? Or are #YOU not convinced France can place as high this year? Let us know in the comments below, on social media, or in our forum.