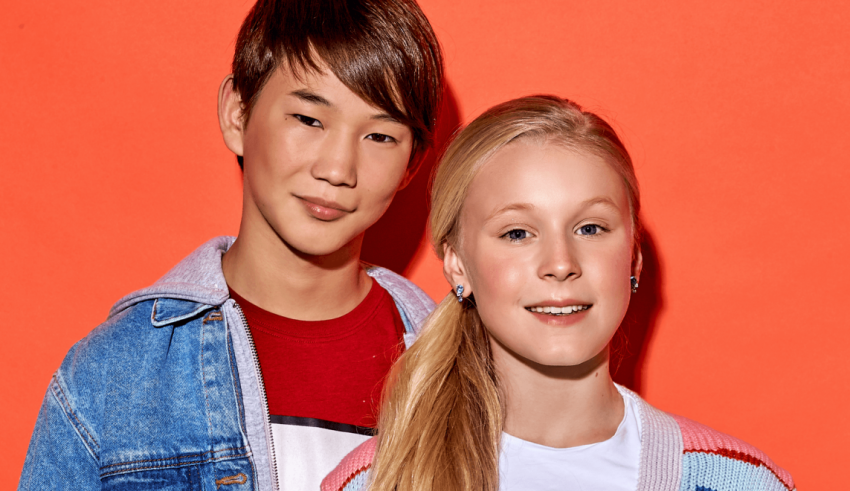 It’s 6 days to go until Junior Eurovision 2019, and we are counting down the 19 nations who are participating in Gliwice-Silesia on Sunday, November 24, 2019.

Next up we check out perennial Junior Eurovision heavy hitters Russia.

Russia have only finished once in the bottom half at Junior Eurovision. That was in 2005 on their debut appearance “Дорога к солнцу” (“Road to the Sun”) by Vladislav Krutskikh, which came in 9th out of 16. So Russia’s one bottom half was barely in it, only two points off of 8th place.

Russia held a national final on September 17, 2019, where eleven acts competed to earn the right to compete at Junior Eurovision 2019.

Tatyana Mezhentseva and Denberel Oorzhak came in first with their duet “A Time for Us.” They won the kids vote and the online vote by a substantial margin, with only 5th place Margarita Stryukova beating them with the adult jury.

Here are the final placements for Russia’s national selection and the eleven videos embedded in the song names:

Tatyana Mezhentseva was born on December 14, 2009 in Moscow. Per junioreurovision.tv, she can play both the piano and the flute, and is also involved in gymnastics and dance at school.

Denberel Oorzhak, born June 3, 2006, in Kyzyl, Russia in the Republic of Tuva, just north of the Mongolian border. He is also something of a household name in Russia already given his distinctive throat singing style that is popular in Tuva. Denberel is also a winner of “You are Super!,” a talent show where the entrants are either orphans or children whose childhoods would be considered difficult. Only in Russia, the land of televised child MMA fights, do they have singing contests for orphans.

“A Time for Us” is written by Russian electro-pop performer, songwriter and producer Dmitri Northman.

Denberel told junioreurovision.tv, “We are staying on top of everything that happens. We access to internet all the time, and we want to be aware on what is going on. But we should remember the important things. It is within our power to make the world a better place, and to save our planet! It doesn’t matter whatever country you are from or family that raised you – it is all about us.”

So yes, this is another song that sticks to the unofficial Junior Eurovision 2019 theme of environmentalism.

This is what our editors had to say about “A Time for Us”:

Boris – 7.5 – “Oh my god, the more I think about this song, the more invested I get into ironic stanning. Don’t get me wrong, “A time for us” is 00’s cheese but each time I see anyone make a comment about the Hatari-like NF staging or Denberel”s deep voice, my day is made…. to the point I may genuinely enjoy this song now? SAVE ME.”

Connor – 6 – “Yet another unity song from Russia! The solo bits of this song are probably the best parts, as it really allows both of them to show off their individual talents. However, when the chorus comes it we lose everything because Denberel’s voice is so low. There are no real harmonies happening at all throughout this whole song, and it’s a real missed opportunity for them to have made something magical. But in the end: they didn’t. It’s a fine song, but lacking overall.”

Daniel – 3 – “This duo has a multitude of strengths as individual singers but their voices are rather dissimilar, hers being incredibly sweet and his very raspy and rock-like, that when they sing together it has to be blended with other voices. Not the best for a singing competition.”

James – 8.5 – “This boiler plate duet is largely a triumph. Demberel’s husky voice will certainly stand out and Tatyana pulls her weight and does a great job taking the lead when Demberel takes a back seat later in the song. The composition, oddly reminiscent of Denmark’s “In a Moment Like This” from Eurovision 2010, expertly takes advantage of the 60/40 rule by deploying its English in an anthemic outro about no limits for the youth and breaking down barriers. Warning for the act, though: as Polina Gagarina found out, a lot of Europe does not respond well to Russia putting out unity and diversity anthems as it is seen to contradict the actions of Russia’s government domestically (Chechnya, the LGBT community) and abroad (Georgia, Ukraine). Not to mention the Russian government’s atrocious environmental record.”

Melanie – 6 – “Guy still sounds like he smoking a pack of cigarettes a day. It’s a grower, but sadly you going to
listen it once on the junior eurovision stage.”

Roy – 5 – “Firstly I hope that they will change the staging for their real performance, because Iceland called, they want their Hatari-cage back! This song isn’t bad by any means but it is a bit basic I guess. It is kind of weird to me that Denberel is the guy with the odd voice, yet I see Tatyana as the absolute highlight of this duet. It is just a basic ballad sung by 2 people, there isn’t that much more to it. The fact that it is a duet helps it, but it doesn’t make it scoring high. The live vocals (especially Tatyana’s) were really good and with a bit of a better staging, this could grab a nice top 10 position. It is not in my top 10 however so a 5 would be an accurate note compared to the other entries.”

Sean – 5 – “Ah yes, this unique blend of vocals made it to the contest! Denberel Oorzhak’s vocals are fascinating for someone his age, but I have to say they do work in this instance. The staging in the national selection performance wins marks purely because I can finally envisage the long-awaited “Love is Forever” and “Hatrið mun sigra” hybrid the Eurofans craved since Tel Aviv! The song itself is nothing special unfortunately, but I have to appreciate it’s a solid if unremarkable overall package.”

Stefan – 10 – “Even mother Russia signed up for the “let’s save the planet” project, at least in the video they went a step forward and the apocalypse already happened. Their song is one of the best that Russia has ever sent, also even Steven Tyler would envy Denberel’s voice. One of my top songs this year.”

Fifteen countries in, here are our current rankings:

A divisive entry, with most of the negative reviews actually coming from editors thinking that Denberel’s unique vocal talent is a mismatch for this ballad. With four countries to go, France’s Carla is still in the lead with a whopping 9.0 average.

Do #YOU think 2019 is a time for Russia to win Junior Eurovision? Do #YOU think this is a winning or a mismatched duet? Let us know in the comments below, on social media, or in our forum.