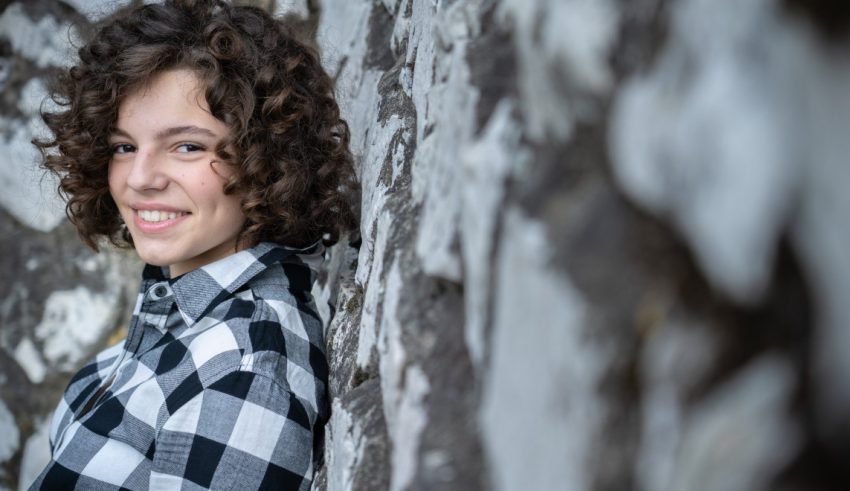 It’s 9 days to go until Junior Eurovision 2019, and we are counting down the 19 nations participating in Gliwice-Silesia on Sunday, November 24, 2019.

North Macedonia have entered every edition of Junior Eurovision with the exception of 2012 and 2014. Their debut entry, “Ti ne me poznavaš” by Marija and Viktorija. It came in 12th the inaugural contest. North Macedonia would place 12th a total of 8 times out of 14 appearances (57%!).

North Macedonian broadcaster Macedonian Radio Television (MRT) internally selected Mila Moskov to present the Balkan nation. If the policy worked well for them and Tamara Todevska at Eurovision 2019, why not try the same method of selection for the Junior version?

“Fire” is written by North Macedonian singer Magdalena Cvetkoska. Almost every video of hers has some fella saying “North Macedona, please send her to Eurovision!” in the comments section. She is a popular singer and songwriter in North Macedonia.

A good omen for North Macedonia – the composer of “Fire” is Lazar Cvetkoski, who was one of the writers of Tamara Todevska’s “Proud.” He also co-wrote then-FYR Macedonia’s Eurovision 2014 entry “To the Sky” by Tijana. And their 2013 entry “Pred da se razdeni” by Esma and Lozano.

A well-known North Macedonian writer and producer, Cvetkoski is certainly one of the reasons why the hype train is behind “Fire.” He did the business for the adults, and there’s every reason he can do so for the kids. Odds are looking good that 2019 is the year they will beat their 5th place high.

This is what our editors had to say about “Fire”:

Boris – 8.5 – “After 18 songs (in order of release), I didn’t quite expect to find another fave from the last country, but nope, out of nowhere comes this spunky tomboy librarian with a song that lowkey slaps. If the staging holds even a SMIDGEN of the Fantasy RPG premise of the video, this could a contender if it weren’t for the “North Macedonia” label.”

Connor – 10 – “WINNER ALERT. This song is lit in all the ways. It probably sounds the most like an adult Eurovision entry, and they picked the right person to carry the song. Plus I love when it flips from English to Macedonian, it really gives the second verse this special moment. I have a feeling this could surprise us, no one sees it coming in the ranks but it shows up like a wildfire. I’m just scared that this could receive a simplified staging and suffer from that aspect.”

Daniel – 9 – “I see you North Macedonia, Tamara’s success was not enough so now you aiming for JESC as well. But in all honesty, I would consider this one of, if not the most, mainstream and popular song. A power-pop ballad with great potential for staging. Good production and strong vocal qualities will hopefully bring North Macedonia one of their highest placings in JESC.”

James – 8 – “This is slick, but lacks that little edge to take it over the top. But then this is one of the handful that sticks around in your head and all of the sudden you’re that maniac singing “I’m like a fire, can you feel me now?” while pouring morning coffee at the office. Mila Moskov is a great singer, and from live performances, she will be a pro in Gliwice-Silesia, but maybe the entry itself is too pro to stand out, like this was crafted for the adult version?”

Melanie – 7 – “First of all; Am I the only I who immediately had to think of Sia when Mila started singing her first note? I really like her voice and how it comes alive in this song. “Fire” is a great song that has a traditional vibe over it. Only thing that I really hate is that “I’m like a fire” part is too repetitive in this song.”

Roy – 8 – “I don’t really know what to say, just a very well executed song that will probably do decently well in the contest. Like honestly, I have no real comments. I enjoy the song, it is not my favourite, but it is a great effort. If North Macedonia can nail the staging this time around, then they could finish top 5 in my opinion.”

Sean – 5 – “I’m sure that this is going to be high up in a lot of people’s estimations and it sounds like the type of song that would have a certain number of fans excited if it were entered in the adult contest, but this isn’t really my thing. Mila’s vocals are fantastic and she roars and belts this song out like a young Sia so can’t fault the whole package, but I find it too ordinary for my taste.”

Stefan – 10 – “I just love her boyish look. North Macedonia is coming strong this year. Unfortunately, I am afraid that she won’t receive much support from the online voting. But the song is giving me chills, probably cuz I’m a ballad sucker.”

Twelve countries in, here are our current rankings:

For those worried that Carla was going to run away with these rankings, Mila Moskov showed up with an impressive average of 8.1875. Mila received two perfect scores from our editors, and only one editor gave her a score of less than 7. Carla still remains in the lead in our reviews, but with seven entries to go, are there any challengers on the horizon for the title? Keep watching our series to find out.

What do #YOU think of Mila Moskov’s “Fire?” Do #YOU think this will be North Macedonia’s all time best showing at Junior Eurovision? Let us know in the comments below, in our forum, or on social media.