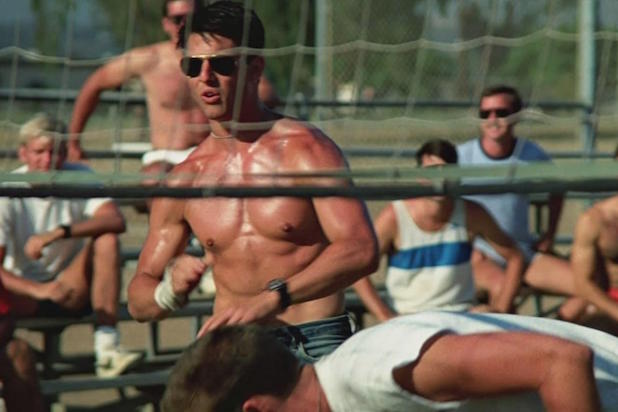 As preparations begin for Eurovision 2019 in Tel Aviv, Israel, we take a look at some highlights from Israeli contests past or colorful and endearing Israeli artists. Today, we go back to Eurovision 1979 as the Austrian performer and writers of a song for an iconic military movie sends a song of peace to Jerusalem.

Though the European Broadcasting Union prevented more major political controversy by avoiding hosting this year’s Eurovision Song Contest in Jerusalem, Israel, 1979 was a time when an Austrian singer brought a song called “Heute in Jerusalem” (“Today in Jerusalem”) to Jerusalem, after Israel had won Eurovision 1978 with Izhar Cohen & the Alphabeta’s “Ah-Bah-Nee-Bee.” “Heute in Jerusalem” was a contemporary jazz and blues number, performed by Christina Simon and written by Simon and Peter Wolf, about bringing peace and hope to Jerusalem. Coincidentally, the historic yet controversial Egyptian-Israeli Peace Treaty was signed on March 26, 1979, five days before Eurovision 1979, officially ending hostilities and normalizing relations between Israel and Egypt. So it did appear to be a timely track to bring to the party, and despite a lot of regional instability, the peace between Israel and Egypt has held.

Funny then that Christina Simon, who changed her name to Ina Wolf after being married to Peter at a ceremony where actor Christoph Waltz (the villain of “Inglourious Basterds”) was the best man, would seven years later co-write and produce a Billboard charting song for one of the greatest American military movies of the 1980s. After Eurovision, the Wolfs and American singer and guitarist Kenny Loggins of “Footloose” fame wrote the music and produced the Kenny Loggins performed “Playing with the Boys” for the Tom Cruise and Val Kilmer starring “masterpiece” Top Gun. Oh come on, everyone loves Top Gun.  Who didn’t want to be a fighter pilot after seeing this? The United States Library of Congress selected the film for preservation in the National Film Registry in 2015 due to it being “culturally, historically, or aesthestically significant.” And presumably the iconic volleyball contest scene, where Cruise’s “Maverick” and Anthony Edwards’s “Goose” shirtlessly battle Kilmer’s “Iceman” and Rick Rossovich’s “Slider” for supremacy as “Top Gun” at the US Navy’s Fighter Weapons School at Naval Air Station Miramar in San Diego, California.

Directed by Tony Scott, and shot by cinematographer Jeffrey L. Kimball, the volleyball scene is one of the more memorable scenes in Top Gun, and the most memorable scene not involving the film’s iconic F-14 Tomcat fighter jet. It is so effective as a turbocharged scene of male sexuality and competitiveness you forget that there are women in this movie, including at the end of the montage where Cruise’s Pete “Maverick” Mitchell drives to meet his dinner date and astrophysicist and flight instructor Charlotte Blackwood, played by Kelly McGillis. (Meg Ryan also has a small role as Goose’s wife.) Maverick is a troubled pilot with aggressive tendencies, and the movie focuses on him coming to terms with his fighter pilot father’s death, the resulting reckless behavior he exhibits because of that, and with Blackwood’s help overcomes that chip on his shoulder so he can progress through Fighter Weapons School to become “Top Gun.” With accidents and misunderstandings along the way, Maverick ultimately gets the girl, flies his F-14 Tomcat, saves America from some random foreigners in a dogfight over the Indian Ocean, and comes to terms with his loss and familial legacy.

According to director Scott in a 30th anniversary interview, the erotic depiction was deliberate and the volleyball scene was inspired by the photography in Charlie Hix’s 1977 guide to male grooming “Looking Good: A guide for men.” Photographed by Bruce Weber, who would go on to become a major fashion and celebrity photographer and start his own fashion label called “eat, swim, sex, sleep”, the eroticized male bodies contained in the book provided not just a template for how to shoot the four men but also the products that would work to make them look the most attractive under the harsh sunlight of an outdoor volleyball shoot. A lot of baby oil was used to give their skin a slick sheen, making their muscles look even more taut in the action montage sequence. Far from a frivolous male bonding scene in an action movie, this scene is integral to Scott’s depiction of a military career as something a young ’80s male coming of age could aspire to, a very different depiction of the “war is Hell” themes Hollywood typically cranks out in its action movies.

The song played over the volleyball scene is the Christina Simon and Peter Wolf co-written and Kenny Loggins performed “Playing with the Boys,” which was the fifth single from the Top Gun Soundtrack to chart on the Billboard Hot 100. And that’s not counting fellow Austrian Harold Faltermeyer’s Academy Award-winning “Top Gun Anthem,” who poached Steve Stevens from Billy Idol’s band to create a guitar-driven score that was unique for time. The other four Billboard Hot 100 charting singles are Kenny Loggins’s more famous “Danger Zone” and Berlin’s Grammy-winning “Take My Breath Away” (both written by Giorgio Moroder and Tom Whitlock), Cheap Trick’s “Mighty Wings” and Loverboys’s “Heaven in Your Eyes.”

Unfortunately the only legal version of the music video for “Playing with the Boys” showcases none of the volleyball scene from the movie, replacing Cruise, Kilmer, Edwards and Rossovich with some random clothed American teenagers playing volleyball inside a school gymnasium. For some reason. America was ready for Cazwell’s “Ice Cream Truck” in 2009, but toned male volleyball players in baby oil as a stand-alone music video would probably have caused Tipper Gore of the Parents Music Resource Center to explode in 1985. So we’re stuck with boring looking wholesome teens in a gymnasium instead.

Writing a song for an iconic volleyball scene in an American military action drama was quite the unexpected turn in a career full of turns for Simon. Born in Lochau, Austria, on October 9, 1954, Simon, formerly known as Christina Ganahl, moved to Vienna and released several singles in the 1970s, including “Boogie Woogie Mama” in 1976. Simon was also a prominent singer in the local musical scene, and had won acclaim for her role in the first Austrian run of “Jesus Christ Superstar.”

Born in Vienna, Austria, on August 25, 1952, Peter Wolf got interested in jazz piano at a very early age and enrolled in and studied at the Conservatory of Music in Vienna. He won several accolades in his native Austria, and met Christina Simon in 1977, and he was then poached to do session work with famed jazz bassist Neal Starkey and guitarist Bill Hatcher in Atlanta, Georgia. After that, he got regular work playing keyboards for Frank Zappa.

Such was the esteem both Simon and Wolf were held in Austria, and they had begun composing together, it made sense that Austria’s Osterreichischer Rudfunk (ORF) internally selected Wolf and lyricist Andre Heller to write a song for Simon. Wolf went back to his classical jazz roots and penned a soft piano-driven with saxophone flourished ballad in “Heite in Jerusalem.”

So how did Simon’s call for peace fare in Jerusalem? The peace with Egypt still holds, but Simon’s “Heite in Jerusalem” came in 18th and joint last with Belgium and Micha Marah’s infamous “Hey Nana,” which Marah despised as she preferred another song from the Belgian pre-selection and refused to make a studio version. But songs calling for peace were not totally shoved aside: Instead, another peace song prevailed on the night. Gali Atari & Milk and Honey’s “Hallelujah” delivered Israel their second win in a row with a unique performance and a catchy refrain in “Hallelujah.”

Despite the last place finish, the Wolfs’ careers continued their ascendancy and they got themselves Knee-Deep in the Hoopla when they moved to the United States. Peter Wolf wrote the music, produced, and played keyboards on legendary firecracker Grace Slick’s fourth and final solo album “Software.” After doing work on Slick and Jefferson Starship’s final album, he also co-wrote Starship’s smash hit “We Built This City” with Bernie Taupin, which hit Number 1 in the United States but is these days routinely on several publications’ “Worst of…” lists, for Slick’s mistaking “mambo” for “mamba”, her odd pronunciation of “corporation games,” the corny traffic report customized for each U.S. city depending where it was played on the radio, and for the all-round overproduced slickness of it.

However, this was not Wolf’s only Number 1 with Starship, and he got Simon involved in the writing process for the second of Starship’s three Billboard Hot 100 Number 1 singles: “Sara.” (A side note: Starship’s third Billboard Number 1 also has a Eurovision connection, which will be covered shortly.)

A somber ballad, with lyrics by Simon and music by Wolf, it told of a relationship on its last legs between two very different yet passionate people. “I’ll never find another girl like you, for happy endings it takes two, we’re fire and ice, the dream won’t come true” sang Starship’s other vocalist, Mickey Thomas. It was also a sign of the Wolfs’ marriage in trouble, as they divorced shortly afterwards.

The other Billboard charting singles to Wolf’s credit from this era are Patti Labelle’s Number 1 “On My Own,” Wang Chung’s Number 2 “Everybody Have Fun Tonight,” and Laura Branigan’s self-titled sixth album (more on her Eurovision connection other than Wolf at a later date). For his work in music, he was awarded the Austrian Cross of Honor for Science and Art in 2002 by the Austrian government. Other joint works by Wolf and Simon include work with The Pointer Sisters, Nik Kershaw, Chicago, and Lou Gramm. 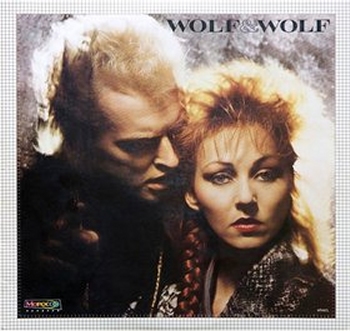 After the Northridge earthquake of 1994, Simon left Los Angeles with her two children and returned to Austria, where she started her own jazz project. She also continued her career as a songwriter, penning songs for Modern Talking’s Thomas Anders, and Joana Zimmer, among others.

So the next time you’re watching Top Gun or playing beach volleyball with copious amounts of baby oil, remind your wingmen of the Eurovision pedigree in that very American of films. And additionally, last in Eurovision does not mean last in life, as the careers of Christina Simon and Peter Wolf are arguably the most impressive of the artists on stage that night in Jerusalem in 1979.

How much do #YOU love Top Gun’s volleyball scene? Is Christina Simon’s last place finish a fair placing, or do #YOU believe it was unfairly cast aside? Share your thoughts with us in our forum, below in the comments, or on social media.