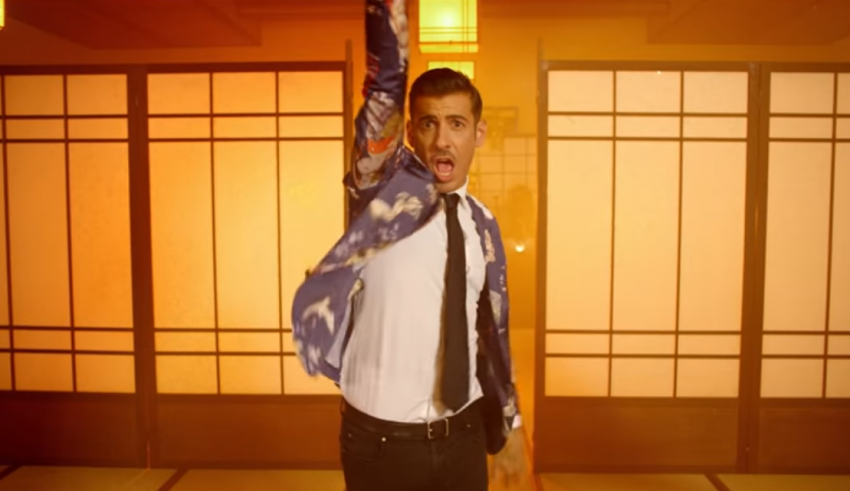 As Eurovision fans it can be said that we are often victims of our own hype. On many occasions in recent years, the songs that fanboys across the continent have been hyping as winners have quite often fallen by the wayside. Take, for example, Iceland’s entry in Stockholm which stunned the fanbase by failing to qualify.

This year, despite a slower start, one such entry has already gathered a monumental amount of pace, not seen since the successes of Alexander Rybak and Loreen. Songs always gather pace every year, although there is that tangible feeling that this time it may just live up to the hype. That song is Occidentali’s Karma.

After its announcement as the Italian entry just over a week ago, and with the charismatic Francesco Gabbani’s acceptance of the challenge, the song has quite simply taken the Eurovision internet by storm. And if that wasn’t enough, the song had featured in multiple trending iTunes and Spotify charts immediately after San Remo. The Metro in the UK already proclaimed the song as this year’s victor. And if that wasn’t enough to justify the hype – the official video has a staggering 23.8 million views in just 12 days, or 0.4 of an Italy!

Perhaps it is the refreshing take on the modern life that has captivated the imaginations of Italians everywhere, but with a contest increasingly pushing itself towards the English-language commercial sound, it is exciting to see such an entry gathering pace with the wider audience. Indeed, the dancing ape doesn’t harm things in terms of grabbing attention, a tactic Gabbani used to effect in his three Sanremo performances. And what performances they were – with Gabbani’s charm, the orchestra shouting “Allez!” and the now iconic dancing, it takes a stone heart to not even crack a smile.

Let’s not forget that musically this song strikes that perfect middle ground with a bombastic sound, rousing chorus and toe-tapping joy that draws praise from mainstream, alternative and downtempo music fans alike – a key to being a successful hit.

But can the song translate to those abroad? It certainly seems to be working within the Eurovision community, who are receptive to new languages and unfamiliar sounds. But will the average viewer be as hooked on Gabbani’s modern tale?

If all else fails, Occidentali’s Karma and its naked ape (la scimmia nuda) are surely the latest ode to Harambe, and if the wider internet catches on to this, there’s surely no stopping Italy’s march to Eurovision victory!

Will Italy win in Kiev, or is it too early to say? What do #YOU think? Share your thoughts with us below or on our forum!