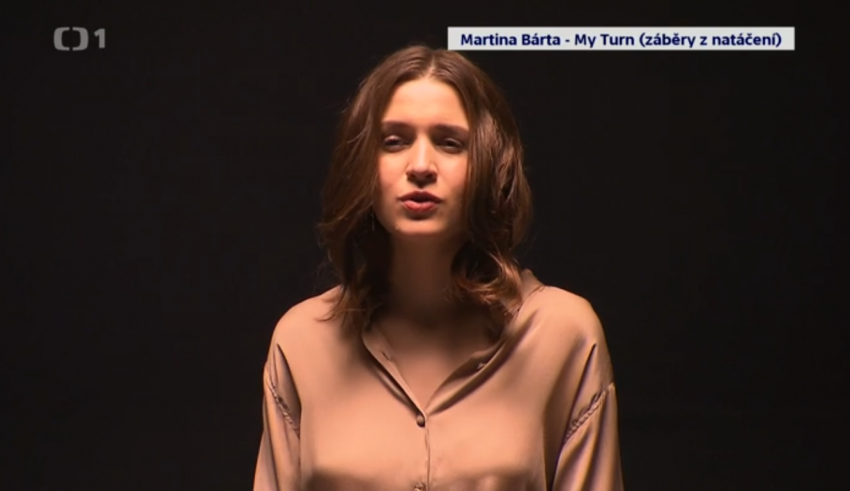 While the other broadcasters in Europe have been putting on lavish productions, marathon events and big launch parties to promote their Eurovision entries or ultimately decide them, the Czech broadcaster Česká televize has continued its knack for quietly going about its business. With the Czech entrant for 2017 Martina Bartá revealed with little fanfare by her backing band (later confirmed by the broadcaster), the channel has also revealed snippets of her entry, entitled “My Turn”. The location? Tonight’s 7pm news in the Czech Republic.

But have no fear, ČT has also posted the short video regarding Bartá’s participation on its website. From the snippets, in which we can also see the song’s video being filmed, we can already tell that Bartá’s soulful tones will help accentuate the presumably downtempo song.

#YOU can hear snippets of Martina Bartá’s Eurovision entry, entitled “My Turn”, in the video HERE.

It seems My Turn will be the third Czech ballad in a row – following the rockier Hope Never Dies in 2015 and the Czech Republic’s first entry to the Eurovision final, I Stand in 2016.

Liking what #YOU hear? Share your thoughts with us or on our forum!