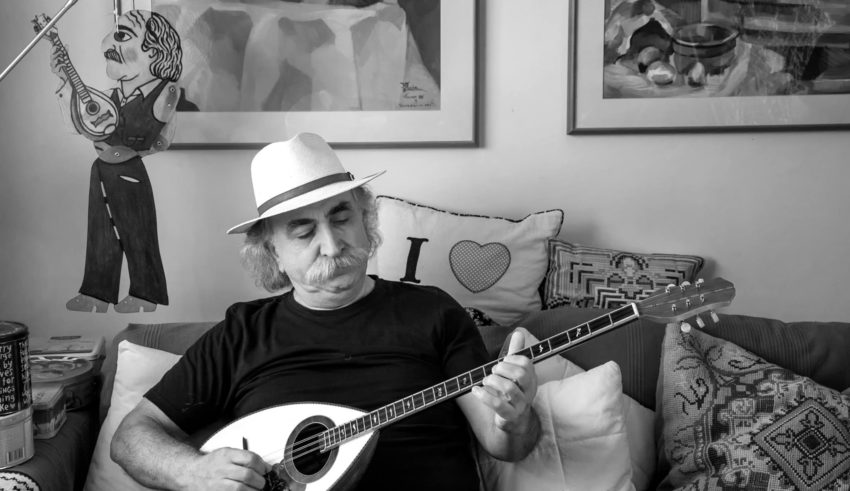 Greek singer and musician Agathonas Iakovidis, who sang and performed the baglama on Greece’s fan favorite Eurovision 2013 entry “Alcohol is Free” alongside Greek rock band Koza Mostra, passed away this morning of a heart attack at the age of 65.

Though not known to have had any health conditions – indeed, his Facebook profile showed that he has been active all summer playing both indoor concerts and concerts outside of Greek hospitals in honor of Greek medical professionals dealing with COVID-19 – Iakovidis was found unresponsive this morning.

Before Eurovision 2013, Iakovidis, born Evangelismos Langadas in Thessaloniki in 1955, had become a master of Greek traditional instruments. By 1973, Iakovidis had become proficient in guitar, the oud, the mandolin, the baglama and the mandola.

During the 1970s, the Greek folk genre of rebetiko took off in popularity, with Iakovidis being one of its most well known artists as frontman of the Rebetiko Band of Thessaloniki. Iakovidis’s sound in particular was influenced by the music of emigres of Asia Minor (currently Turkey), from where Iakovidis’s parents hailed.

Iakovidis was regularly sought after by Greek pop artists during the 1980s through 2000s looking to add Greek instrumental flair to Western pop or dance, and in 2013, Koza Mostra collaborated with him on the song “Alcohol is Free.”

A nominally happy go lucky up tempo Greek folk rock fist pumper, “Alcohol is Free” is famous for its dark undertone acknowledging the 2008 Financial Crisis, which had hit Greece particularly hard and who were going through a severe economic depression at the time of Eurovision 2013.

“Alcohol is Free” is one of those perfect Eurovision entries that is both particular to a particular region in its sound and lyrics, yet universal in its theme for people beyond Greece to embrace it. Though it came in 6th at Eurovision 2013, it will be an entry that fans of the contest will cherish for years to come.

And we at ESC United send our thoughts and prayers to Iakovidis’s friends and families at this difficult time.

Do #YOU have an Iakovidis song or memory beyond “Alcohol is Free” that you’d like to share? How did #YOU feel about “Alcohol is Free”? Let us know in the comments below, on social media, or in our forum.