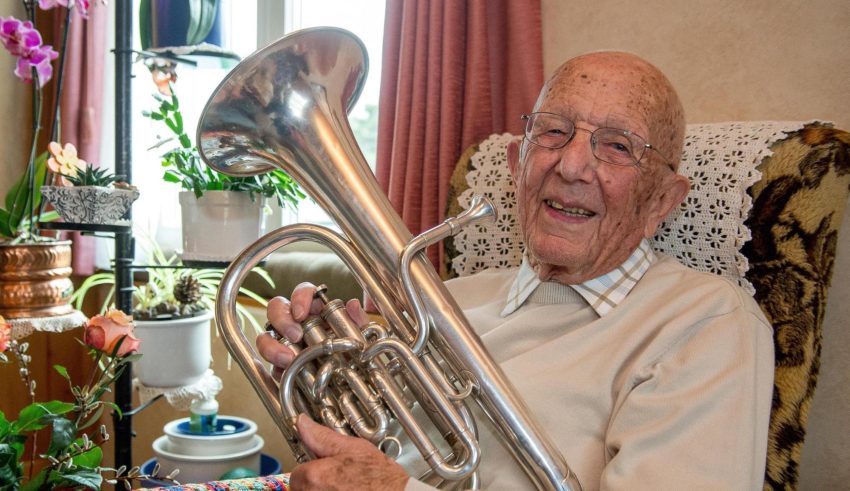 Some sad news emerged earlier today, as Eurovision icon and long-time celebrated servant of the Salvation Army, Emil Ramsauer, has died at the age of 103.

Emil became familiar to an international audience as the double bass player for Takasa, the band that represented Switzerland at the Eurovision Song Contest 2013 in Malmö. The band was made up of six Salvation Army soldiers; Ramsauer, Sarah Breiter, Jonas Gygax, Katharina Hauri, Cristoph Jakob and Michel Sterckx. While they garnered praise among the fanbase for their uptempo pop-rock track “You & Me”, the band did not qualify to the final.

In performing on the Swedish stage, Emil set a record as the oldest Eurovision participant of all time at 95, and became the first Eurovision performer to pass the age of 100 at his centenary birthday in 2018.

But it is Ramsauer’s dedication to the Salvation Army that should be most celebrated about his long life. Joining the Salvation Army at the age of 10 and following in the footsteps of his father, Emil took over as a music director in 1947. Describing his musical passions, Emil wrote of himself “Playing the flugelhorn, baritone, percussion, eufonium or percussion has always been a pleasure for me”.

Ramsauer had previously worked as a bookbinder, before spending time in London until the outbreak of the Second World War, when he returned to his native Switzerland to work as a printer at a newspaper firm. He had four children with his first wife Emmy Ogi.

Our thoughts and best wishes at ESC United are with the family, friends, colleagues and bandmates of Emil Ramsauer at this sad time.