Home 2019 Germany: Who are the first six hopefuls for Unser Lied für Israel? 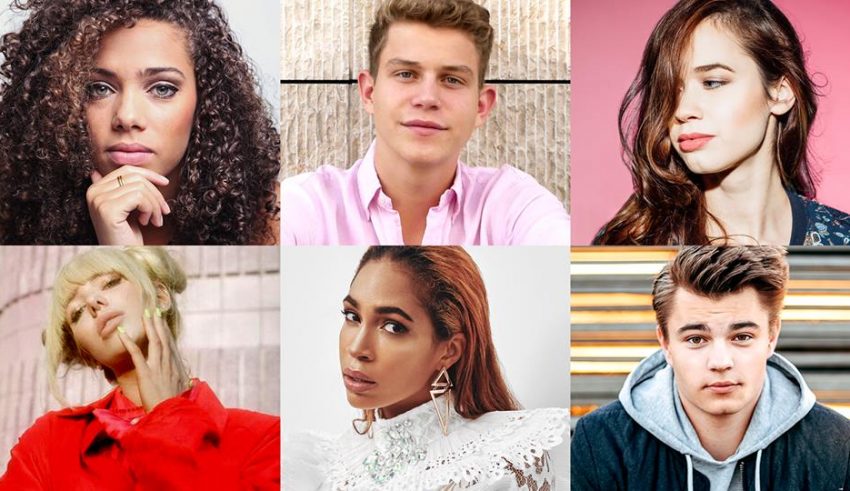 Today the EBU and NDR confirmed the first six hopefuls for Unser Lied für Israel, the selection process that Germany will use to select their song for Tel Aviv. While the announcement was at pains to say that this is not the full line-up, the announcement of youthful stars has no doubt caused intrigue and excitement amongst Eurovision fans in Germany and beyond. But who are the first six entrants hoping for the German ticket to the Middle East? Brace yourself; the Voice makes a few appearances… The young singer from Oberursel, a town just outside of Frankfurt, has already been featured by the USA’s Billboard  and is racking up the plays by the million on Spotify and Soundcloud, especially with her hit song “No Parachute”. The catchy, hooky pop anthem already hints a catchy and modern entry for ULfI, and judging from her social media feeds the LA-based artist has a lot of plans and a bright career ahead of her!

#YOU can watch the video for “No Parachute” HERE. A relative newcomer to the scene, BB Thomaz brings an RnB flavour to the contest. Perhaps best summed up by her single “Fighter” and, as detailed here by Noisetrade, a tough upbringing in Germany, attitude and desire is certainly something she has in spades. An alumnus of The Voice of Germany from 2017, it was her performance of “Bang Bang” by Jessie J, Ariana Grande and Nicki Minaj (yes, she did all parts!) on the show that caught the eye, sitting at over 3.5 million views on YouTube at the time of writing. She eventually finished fourth – can she finish at the top in the selection?

#YOU can watch the video for her song “Fighter” HERE. At just 18, Gregor Hägele is the youngest performer in this year’s competition; however he certainly has a voice that belies his youth. Mainly a cover artist at present, and another performer from last year’s The Voice of Germany, the Stuttgart native is hoping to continue Germany’s good work from Lisbon of touching hearts across Europe. Having already performed as far afield as Costa Rica, Australia and across Asia, we’re sure Gregor would love to add Israel to the list!

#YOU can watch his The Voice performance of “When You Love Someone” HERE. With a back catalogue of slick, alternative pop songs already available online, it is no surprise that NDR sought to bring in the talented Elisabeth Brüchner, from Straubing, Lower Bavaria, to the selection. With a plethora of ideas and her head in the clouds (hence the name), Lilly Among Clouds’ modern English language power pop has already earned her a slot at South by Southwest Festival in the USA and a contract with the well-known Belgian record label PIAS Records.

#YOU can watch her video for “The Only One” HERE. Another participant from The Voice of Germany, although this time from 2015, Linus Bruhn began his career at a very young age, beginning as a musical actor at just 10. The Hamburger began his career as young Tarzan in a musical production before winning a RTL II talent show for his Justin Bieber impression. Now though, the 20 year old is keen to make a name for himself as himself, already working with Lena collaborators Madizin Music Lab on a catalogue of songs. His first self-penned song “Pink Glasses” was released earlier this year, although it is unsure whether he will bring another acoustic song to ULfI.

#YOU can watch “Pink Glasses” HERE. Making it third time a charm is Makeda, who had already attempted to join the German selection in 2017 and 2018; the former year only making it to the preliminary rounds and last year reaching the candidate workshops with her group Steal A Taxi. The soulful singer with roots in Trinidad was inspired by watching a performance by Alicia Keys to become a professional singer, and her journey has now led her to the ULfI competition! Her YouTube channel features various covers with her band and other collaborators.

#YOU can see her cover of Womack & Womack’s “Teardrops” with Jeniffer Kae and Wanja Janeva HERE.

We expect at least one or two names to join these acts in the selection, with all performers taking part in a song writing camp for the contest, organised by NDR. Each act will work on their acts for the national selection before ultimately settling on a song for Eurovision, with Unser Lied für Israel set to be aired in February 2019.

We will keep #YOU posted with any updates from the German national final, so stay tuned to escYOUnited!

What do #YOU think of the participants announced so far for the selection? Share your thoughts with us on our forum HERE or join the discussion below and on social media!