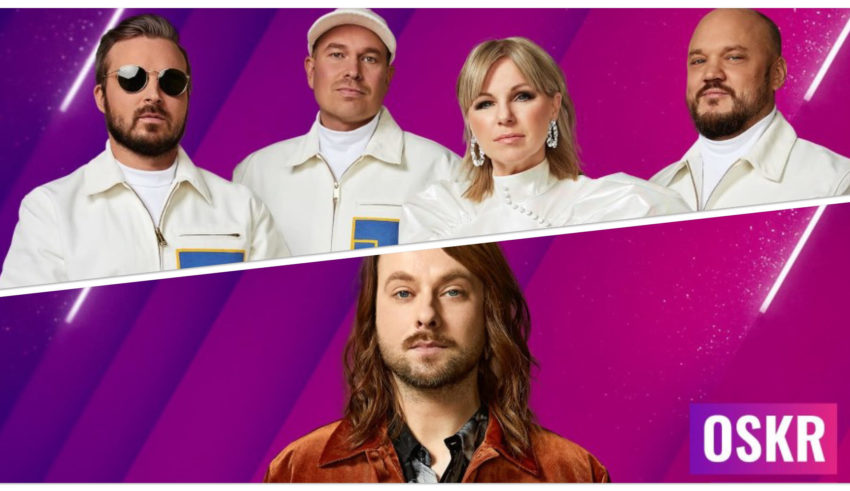 Last Wednesday, Finnish broadcaster YLE announced the 7 hopefuls who are in the running to fly the Finnish flag in Rotterdam. To keep the hype alive among the Eurovision fans, the broadcaster decided to release the songs on a daily base. You can expect a new song from the national final every weekday around 23:00 CET. Without further ado, let us listen to the first two songs of UMK 2021!

Oskr will sing his song Lie at UMK. He describes his song as an emotional one, that’s small but also big at the same time.

OSKR says the following about his song: “Sadly, we often don’t say what we really feel in important situation. We’d rather try to imagine what the other person wants to hear. This is something that is universal for all people and culters, which is why it is in the right place at Eurovision. “

The Finnish Rap Band Teflon Brothers has joined forces with Swedish Eurodance pioneer Pandora to bring the song I Love You alive on stage. The song is not just an instantly catchy tune, they also want to help people better express their feeling and be more open and courageous.

They say the following: “Our mission is to bring people together in joy, celebration and love. We want to tell everyone that love does not care what language you speak or how you look. It’s all about the power of non-verbal cues or, as Pandora likes to call it, mental interaction.”

Curious about the other songs in UMK 2021? See below for the release dates of each song: