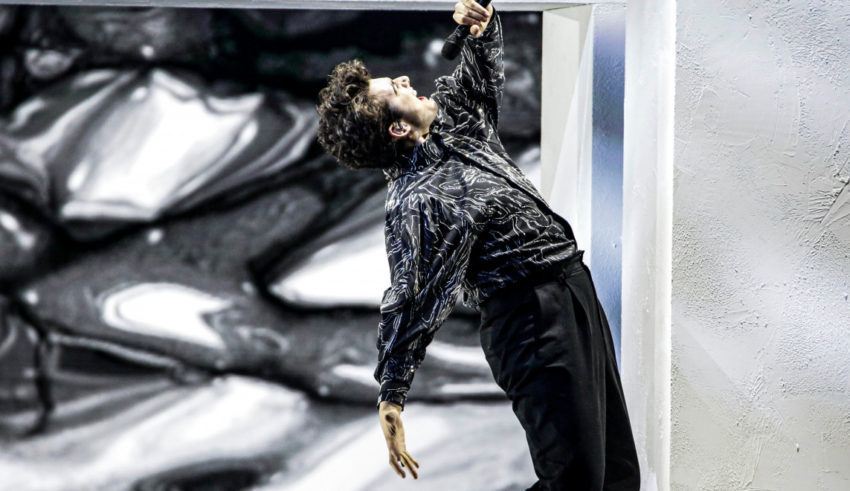 After two long, agonizing years we’ve finally arrived at the apotheosis: Eurovision will crown its latest winner. The upcoming victor will decided via a combination of audience popularity and technical expertise, respectively known as the televote and jury vote.

Who are the expected winners?

Before the show started, several countries emerged as favourites to win the contest, making this the most open field of finalists in a long, long time. At the start of the show, Italy’s representative, Roman rock band Måneskin were tipped to be the winners, followed by French composer Barbara Pravi (who won the 2020 Junior Eurovision Song Contest as a songwriter),  Destiny Chukunyere, the Maltese winner of the 2015 Juinor Eurovision Song Contest,  and Swiss The Voice revelation Gjon Muharremaj. Dark horses to win the contest include Iceland, Ukraine, Lithuania, Greece and Portugal.

Iceland’s representative, Daði og Gagnamagnið weren’t physically present in the AHOY arena. One of the members of the band tested positive for Covid-19 on Monday and out of solidarity the entire group decided to not perform live, as opposed to using a stand in. Despite this, Iceland’s victory odds have stabilized around 5th-6th place, cementing them as a fan favourite.

On Tuesday, the other representative to not be physically present during the live performances, Australia’s Montaigne, failed to qualify for the Grand Final.

Tonight’s show opened with the now customary Flag Parade, introducing every finalist one by one. The hosts (Jan Smit, Chantal Janzen, Edsilia Rombley and Nikkie de Jager), led the parade by singing along or unleashing a horde of dancers onto the stage. The song played is a remix of “Venus” (a hit by the Dutch band Shocking Blue), by dj prodigy Pieter Gabriel.

The finale’s interval act was called “Music that binds us“, a stunning piece by Afrojack, performed by Dutch singers Wolf and Glennis Grace. This act also showed off the use of augmented reality, creating the illusion of Rotterdam’s iconic Erasmus Bridge being present in the arena.

After the voting closed, we were treated to “Rocking the Rooftop“, which featured six former winners (Måns Zelmerlöw, Lenny Kuhr, Sandra Kim, Teach-In, Helena Paparizou and Lordi) performing their winning songs on several skyscrapers in the host city. Last contest’s winner, Duncan Laurence, had his own segment of pre-recorded footage, to ensure

Half of the votes were determined via a jury vote. Every participating country chooses an expert jury of five members (each with a connection to the country’s music industry or Eurovision), who will rank the songs 1st-26th based on technical expertise. These five rankings are then combined in one large ranking, with the first ten songs on the list receiving points.

Switzerland took an early lead are receiving top votes from Israel and Albania, but France kept a steady second place as well. Malta and Iceland eventually caught up, as did odds’s favourite Italy. Once Serbia voted, who gave 12 points to France, they two francophone basically hopped over one another at every vote. No jury vote has ever been this close.

Eventually however, Switzerland managed to establish a decent lead, allowing them to win the jury vote with a sizeable margin. France finished second, while Malta and Italy wound up in third and fourth respectively.

Take a look at the scoreboard below 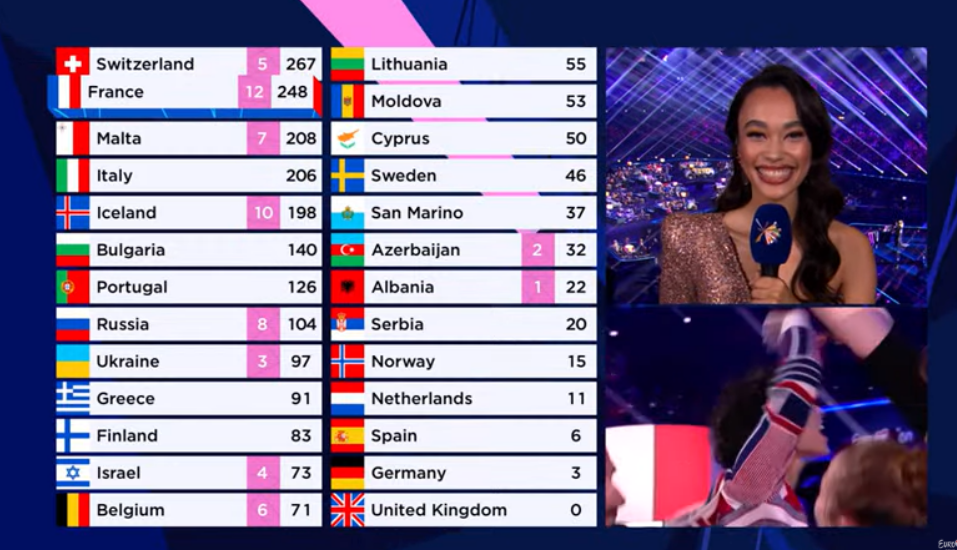 Stay tuned because we’ll get RIGHT back at you with the public votes! Who do #YOU think they’ll make a massive difference?

Iceland: Member of Gagnamagnið tested positive for Covid-19 ahead of the Jury Show

This morning, Icelandic broadcaster RÚV confirmed that one of the members of Gagnamagnið h…