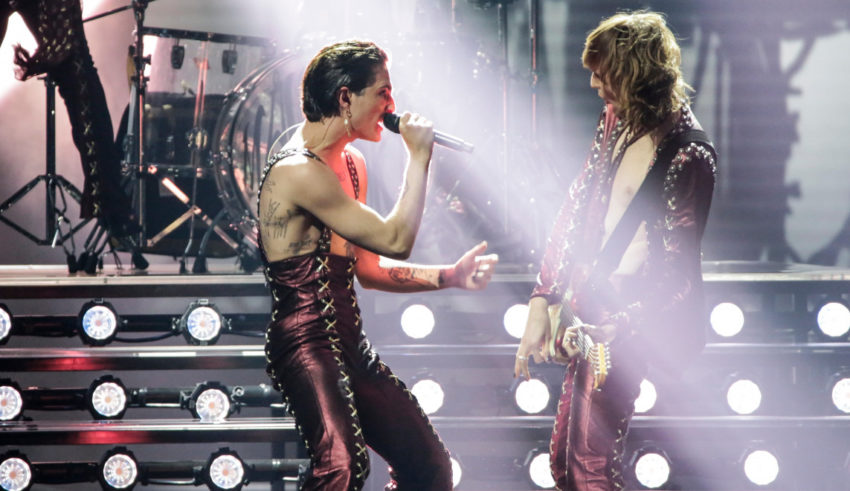 Part two of this exciting vote tally that will finally determine the winner. We will now FINALLY know who the winner of Eurovision 2021 is. Måneskin from Italy have DONE it. Four kids from Rome just won Eurovision with a self-written song. Masterfully done!

The vote started UPROARIOUSLY with the bottom 4 of the jury vote (UK, Germany, Spain and Netherlands) scored 0 points from the audience. The massacre then continued, when San Marino, Belgium and Israel were largely blanked by the televote, while the televote hits from Italy, Finland and Ukraine received a massive amount of points. Italy won the televote decisively, scoring over 524 (the third highest winning score in all of Eurovision and the fourth best score of all times) while France’s Barbara Pravi stranded just under 500 points. Switzerland, Iceland and Ukraine round up the top five for this year.

Other ‘winners’ of this year include Finland, who score their best result since Lordi’s 2006 victory. Lithuania also score their second best ever result, by finishing 8th. Greece finally shatter their unlucky streak by cracking the top 10 for the first time since 2013.  Portugal, one of the revelations from the semifinals, manage to scrape together a decent 12th place after finishing 6th in the jury vote.

‘Losers’ of the evening include Malta, whose disappointing televote score causes them to fall down to 7th place, Sweden who miss the top 10 for the second time since 2011, Cyprus who were a top 10 with the bookmakers but stranded in 16th place and United Kingdom whose entry “Embers” becomes the first song to score 0 points under the combined system. 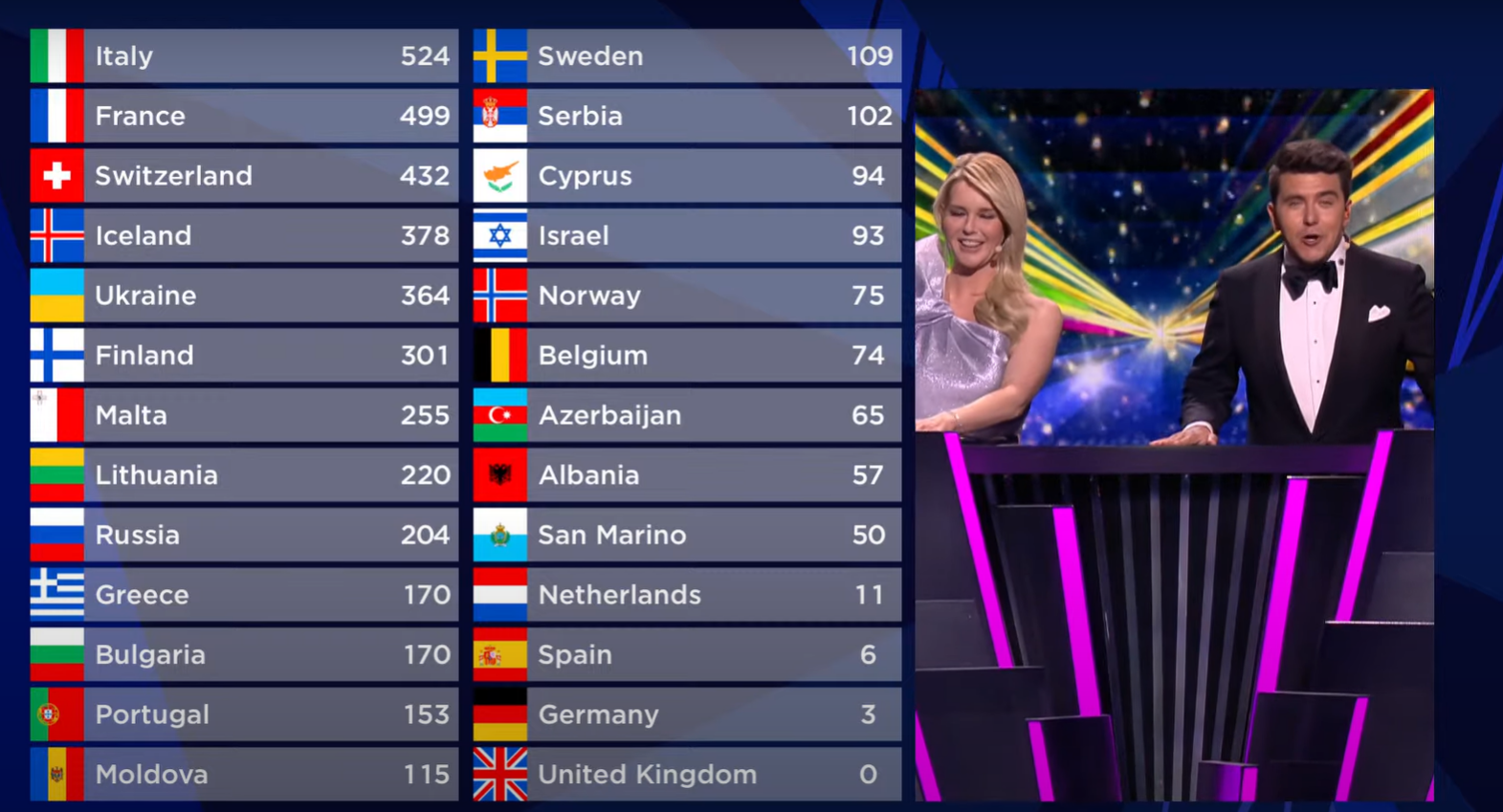 You can find the full televoting scoreboard below.

A stunning and nailbiting end to one of the best contests in the history of Eurovision. We cannot WAIT to take #YOU to Italy!!!

Meanwhile the EBU has released the full results of the semifinals. You can find semifinal 1 and semifinal 2 by clicking the respective links.

What do #YOU think about this year’s winner? Would #YOU rather have seen someone else or were they the deserved winner in #YOUR opinion? Discuss it in the comments, on social media or on our forum HERE.