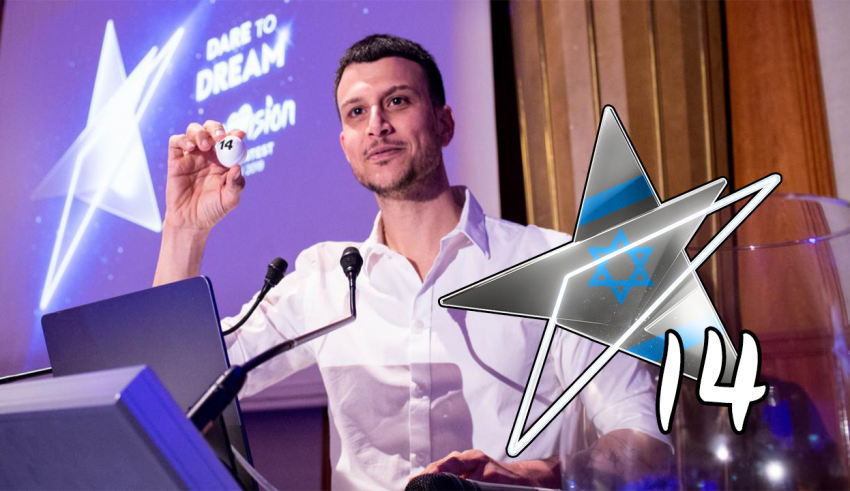 We have finally reached the goal; it wasn’t all too easy, but it never is, but we made it! Another season of national finals and internal selections has concluded, and we now have all 41 songs that will compete this year.

Meanwhile, having all 41 songs officially released also means, that it is time for the annual Head Of Delegations meeting in the host city. With Tel Aviv being this years host city, it is these days welcoming delegation members from each participating country, and showing what Tel Aviv has to offer when all the delegations return in May.

Until 2013, the draw was normally decided in a random order, but since then the concept has been scrapped all completely, and so since then the only country to be drawn into a random position is the host country.

This is done every year, in order to avoid any potential manipulation on the host country’s position in the grand final, from the host broadcaster.

The draw is instead decided by the show producers, and afterwards approved by the Eurovision Reference Group, which is made up of personalities from the differing national broadcasters across Europe.

As Israel is this years host country, only Israel was drawn into a random number in the grand final, were they were drawn to sing as song number… 14!

Kobi Marimi, who is Israel’s representative this year, will perform his song “Home” in the very middle of the show, and will start off the second half of the grand final. This will most likely mean, that two up-tempo songs will be placed between Israel, but since Israel does have one of the slowest ballads this year, then it can easily be argued that any country qualifying to the grand final, can be placed next to Israel.

All the other remaining countries in the semi-finals have already been assigned into one of the two semi-finals, as well as which half each song will compete in. It is expected that before the end of March, the full running order will be revealed.

As a reminder, countries competing in the first semi-final are:

As a reminder, countries competing in the second semi-final are:

Then finally, the rest of the countries that are prequalified to the final, will decide which half they will perform in after they’ve had their rehearsals on the big stage in Tel Aviv. These countries are the Big 5 (🇫🇷 France, 🇩🇪 Germany, 🇮🇹 Italy, 🇪🇸 Spain & 🇬🇧 United Kingdom)