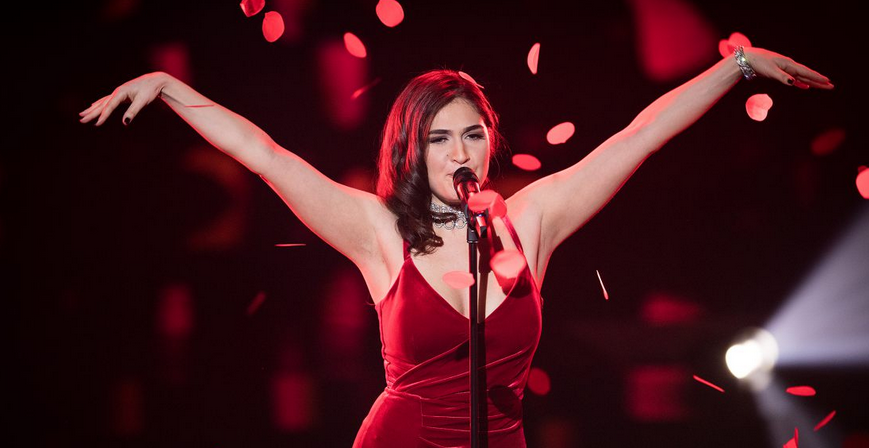 Good evening readers. We’re back once again reviewing. This time we take a look at the six songs that fought to represent Switzerland at the 2017 Eurovision Song Contest. Ferdi, Kai and Calvin were the jurors this time. Did the Swiss people make the right choice?

Nadya – The Fire in the Sky

Ferdi: I’m quite liking this lady’s voice! The songs starts out slow, but a bit dark and gets a big lift during the chorus like any good power ballad should. Her long notes are especially great and the staging is quite inventive and captivating too. Not that catchy or outstanding though, but it would have been a more than decent pick for Kyiv!

Kai: The song reminds me of something you may hear fronting a Metal Gear Solid game. Sort of Bond-esque. The song is alright but it’s missing something that makes it’s special. It’s all just a bit too bland.

Calvin: The original version of this had some issues with pacing, but by the time Nadya performed it at the actual NF, she figured out how to deliver the lyrics smoothly. This was combined with a very impressive vocal performance.

Ferdi: This seemed like one of the more appreciated entries before the actual selection show. While the “la la la” part is catchy, the rest isn’t anything for me. The song sounds a bit amateuristic to me, like a high school talent show performance (sorry, Ginta)! Furthermore, the French seems really unnecessary.

Kai: It feels like this one wants a bit of Bulgaria’s pie from last year. This is actually not bad but there are vocal problems. The singing here is a bit weak sauce and whiny. The overall package was ok though, and vocal shortcomings were masked somewhat by the alluring visual splendour of the performance.

Calvin: Though I wasn’t a fan of the piano intro in the new version, this sounded a lot better live than expected. The song itself has a lovely house-feel, especially in the breaks after the chorus. “Apollo” is probably the best bet to do well, but this would’ve been a fun, somewhat risky entry.

Ferdi: That sounds like a huge mess. Especially Michèle’s voice – I don’t like it at all! The “oh oh oh” part is very random, coming out of the verses. The good thing here is the staging, but unfortunately, that won’t be enough!

Kai: My feeling conflict here quite strongly. I really like the music itself, especially the synths and the overall production. It’s just a shame to song descends into a “woah ohh oh” chorus. It’s pretty much the easiest way to turn me off a song. There are other ways to make a song catchy. Having said that though, I think I do still like this and I wouldn’t have minded had it gone to Eurovision.

Calvin: The song itself had a fun lyrical gimmick in the chorus that gave it some drive, but it was very dodgy live. In a couple years, Michèle will probably be able to sell a song like this, and she has great musical instincts. Just not quite ready for primetime.

Ferdi: Wow! What a pretty ballad. Freschta’s voice is fine, nothing special, but the song is the best so far. It starts out slowly and emotionally, with a small lift in the chorus. The background (a sky full of “stars”) is pretty fitting here. Later the song picks up speed and a phoenix (?) appears, which brings the song to a great end.

Kai: I usually like quite simple piano ballads. Freschta’s voice is interesting and rich, although her accent is slightly off-putting. The song’s biggest problem is that it unfortunately comes across as quite monotonous. There’s certainly something here to enjoy but I feel the piece could have been a lot stronger.

Calvin: This one had an interesting, slightly uncanny feel at the start. Maybe it was just the pronunciation, maybe it was that low, dark synth in the verses. Ultimately came off a bit dull as an overall package, however.

Ferdi: Interesting start, nothing wrong there. LOVELY transition to the chorus, which quite sticks with me to be honest. The end of the chorus has us waiting for some drop, but there is none, which is a bit disappointing. Furthermore, the song is nice, as is the staging. Shana’s vocals seem just fine to me for the biggest part of the song

Kai: This one is pretty solid. I’m not really into dance songs like “Exodus”, but it does it’s job well enough. Like “Fire In The Sky”, it’s missing something special, but Shana performs the song to the best of her ability.

Calvin: his one had a ton of energy, especially in the verses, but it felt like it never quite kicked into its highest gear possible. Even a volume change might’ve given this one a better shot in the end.

Ferdi: A very deserved winner. The song is the best of the night and the same probably goes for the performance. As for the song, it starts out slowly once more and picks up speed at the right times. The first chorus starts out with little instrumentals, only for those to re-appear in the second part of the chorus, to showcase the singer’s vocals maybe? Anyway – that’s one of the little things I like here. The second chorus is more powerful and leads to the bridge which is probably the highlight of the song for me. After that we have one more explosive chorus (with flower petals – a nice gimmick!) concluding a very, very good effort for Kyiv.

Kai: The song Switzerland chose is certainly nothing new. We’ve heard this style of ballad time and time again, yet in it’s familiarity there’s genuine warmth to be found. I don’t know, I just really like this for some reason. It’s strangely poignant for what it is, and I believe Switzerland made the right choice.

Calvin: Probably the “right” winner choice in the end. It’s very slick in both composition and performance. Me personally though? I want a little more of a spark or an imperfection somewhere.

15 votes were cast and escYOUnited readers had two very clear favourites, “Cet Air La” and “Apollo” both picking up a 41% share of the vote each. “The Fire In The Sky” received a little love, ending with 12%. “Gold” picked up 6%.

And so that brings us to these results:

It was close but the jury broke the televote tiebreaker and “Apollo” by Timebelle we have decided was the right song for Eurovision. A big congratulations to them. Thanks to everyone that took part, and join us for the next country we’ll be revisiting and have your say.