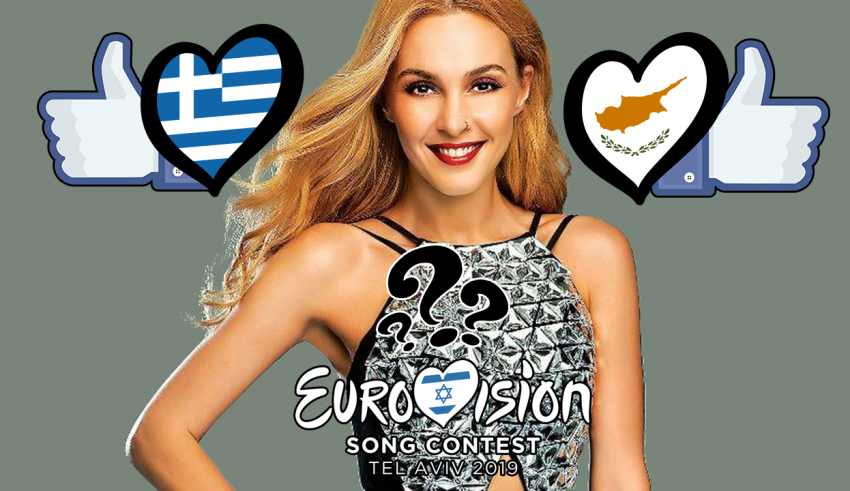 As the National Final 2019 season is slowly approaching, we are getting more and more curious about who we will be seeing on the big stage in Tel-Aviv next year, and the rumors are slowly coming and coming even more so often.

However, old rumors don’t die out that easily, since once again – like many other times in the past years – that Tamta is once again rumored to be internally selected to sing on the Eurovision stage.

The deal this time, is that both Cyprus & Greece have their eyes on the Georgian-Greek female singer.

Tamta, who’s full name is Tamta Goduadze, was born in the former USSR city of Tbilisi, which is the capital city of modern time Georgia. She achieved fame back in 2004 in Greece & Cyprus, when she took part in Super Idol Greece. She even tried to represent Greece in the contest back in 2007, but lost out to Sarbel, with her song “With Love“. She also showed interest back in 2015, but reportedly missed out on the submission deadline with the song “Unloved“.

Neither countries have so far revealed much about their upcoming plans for the contest, but it also shouldn’t come as a surprise that both countries are eager to go big, since Cyprus finally managed to achieve their best result ever, coming in as the runner-ups of the last contest, that took place in Lisbon. Eleni Foureira achieved the best ever placing to date for the small island, with the song “Fuego“, that was apparently rejected by both Tamta & former Eurovision winner Helena Paparizou.

Greece on the other hand, haven’t done well in recent years, with only qualifying once in the past three years. Despite they managed to qualify in 2017 with the popular singer Demy, she still only barely qualified, when she finished 10th in her semi-final back in 2017.

Apparently CyBC has also already been in talks with the composer for the 2019 Cypriotic song, which most likely once again will be Alex Papaconstantinou, who has formerly written for Cyprus in both 2012 & 2018, both songs achieving fan cult status. It should also be said that Alex and Tamta are very familiar with each other and should the talks be true, then it could look like that Cyprus might be able to pull out the big guns once again for next year.

However, all of this is still speculation and rumors, and Tamta herself still has to comment on the situation. Tamta has however also mentioned that she’d also like to represent her native country Georgia, but since Georgia has already confirmed they will be using the Georgian Idol as their selection method, then it obviously doesn’t look as likely to happen.

Are #YOU hoping for Tamta to finally take the Eurovision stage, and if so should she represent Cyprus or Greece?

North Macedonia: Vasil is ready with “You”!

Sometimes, when a broadcaster has a glimpse of victory, then it might just be worth trying…